Bad day of the lego guy

I wanted to make some not so serious work here so i modeled lego guy and little environments for it.

I know that the materials are not so correct and also the legs of the guy are not so perfect. But because I didnt wanna make it so serious so I let some errors into it. 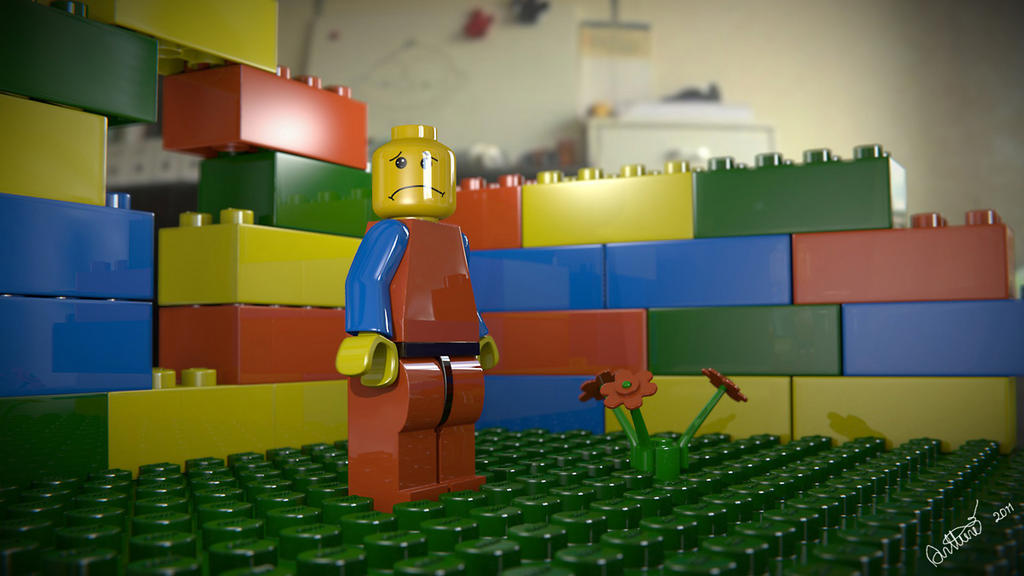 nice! i love the concept.

The plastic I think is either too glossy or too spec intense. Other than that I think it is really nice, not sure what yuo mean by “Serious” errors, because I love lego (Possibly too much for a person of my age) and I can’t see anything MAJORLY wrong.

Thank you guys. For my eyes it is little bit too glossy, but maybe my experimets of legos are bit different.

When I was kid i used to make with the legos some “mechanical bombs” (like if you wring some lever, everything will explode) and because I used them like that I also made them so scuffed.

@wefby There aint nothing wrong with legos, I get told all the time I do stuff that is not suited for my age.

Whether or not the plastic is to glossy, well done on the render – very moody shot … you could do an entire short movie with shots like these and sell depression medication

Yeah, Rallici said exactly what I had in my mind when I was doing this. When I was kid I scuffed my legos up, but this model is a different story.
Because this is not for any client- its just for fun, I did leave the legos without texture.

Textures is something that I dont like so much do when I am modeling stuff and thats why I dont do texture works so much in my “this is just for funny” - works.

My english may be little bit hard to understand because I dont know all the words and sometimes I write really weird stuff. (just because I am so beginner with english.)

The proportions on the minifig are kind of “off…”

@arman I guess I just dint understand what you said, and as far as your english goes its a hell of a lot better than most amaricans trust me.