Hi,
My last personal project, inspired in the cover 1 for The Dark Knight comic, by awesome David Finch.
Zbrush + Photoshop + Blender Cycles for rendering and comp.
I have been working on it about a week.Complete sculpt is about 15 million polys. 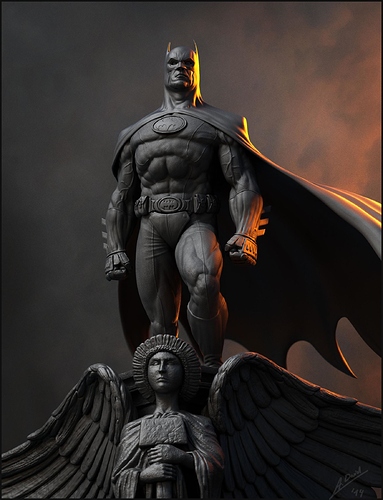 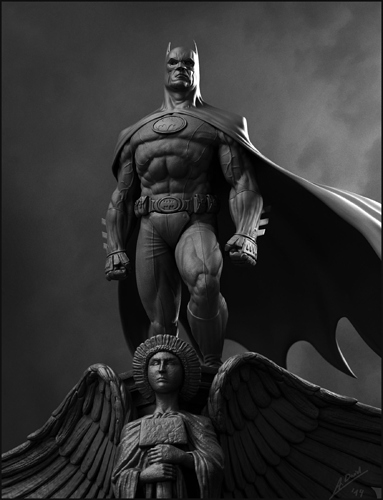 wow this is sculpted very good. Is the model retopologized for blender? Or did you import all 15mil polys?

cool work!!
but the anatomy in batman doesn’t look realistic

Impressive work!!!
I’m also interested on how you imported it.

Hi,
My last personal project, inspired in the cover 1 for The Dark Knight comic, by awesome David Finch.
Zbrush + Photoshop + Blender Cycles for rendering and comp.
I have been working on it about a week.Complete sculpt is about 15 million polys.

I love it… I espacially appreciate the light.

Fantastic work. I like how Batman is nearly the same texture as the statue.

cool work!!
but the anatomy in batman doesn’t look realistic

Unlike the movies where batman is almost always geeky looking the comic batman was bloody well fit. Body builder type but until those steroid pumpers this came from hard work.

One reason why I hate marvel / comic films, they’re garbage compared to the comics and graphic novels. I mean freaking cartoons meant for kiddies made better X-Men than the films.

Excellent work. The only thing I got to say is there isn’t any real distinction for the pectorals

Nice work , I really like your sculpt . Batman got big muscles , it changes a bit of the comics

I personally don’t like fan-art, but this is amazing. The face reminds me so much of how Scarecrow saw Batman when he got poisoned by his own gas in Batman Begins.
The statue, itself, is amazing too.

If I dare to critique, the veins pop out a bit too much.
5 stars.

cool stuff, would like to see it with rain though

I just had this vivid recollection of who my favorite (one-ofs) superhero would be and Batman indeed was one of them. Now I see this, I couldn’t have been more happier with my decision, and this is in fact, reassuring.

By the way, really nice render. Too bad I’m a bit distracted by the sculpture below though, it’s probably because it looks human and it’s taking my attention a tad bit off from awesome Batman there.

Cheers and thanks for sharing!

Very nice sculpt, waiting for answer on how did you import it

Parts in which I’d made few changes:

I agree with kalinaki and KuroOokami:
As kalinaki said: arm veins are too bumpy, looks like he was wearing an impossible cloth. Same for muscles definition.
As KuroOokami said: pectorals looks a bit weird, maybe they are run too long to the shoulders.

I’d add some light to the eyes to complete the feeling or leave them totally darkened by shadows from the face and the helmet. This could be done in postpro. Just in case you want to make some test

I love the very few colors in scene (few but necessary). It gives your image a very valuable comic touch.
Five stars from me as well

Sorry for late answer hehe.
Thanks to all for your comments, I’m very glad you like the render.

Regarding model anatomy, as I have said this render is based on this cover made by David Finch: 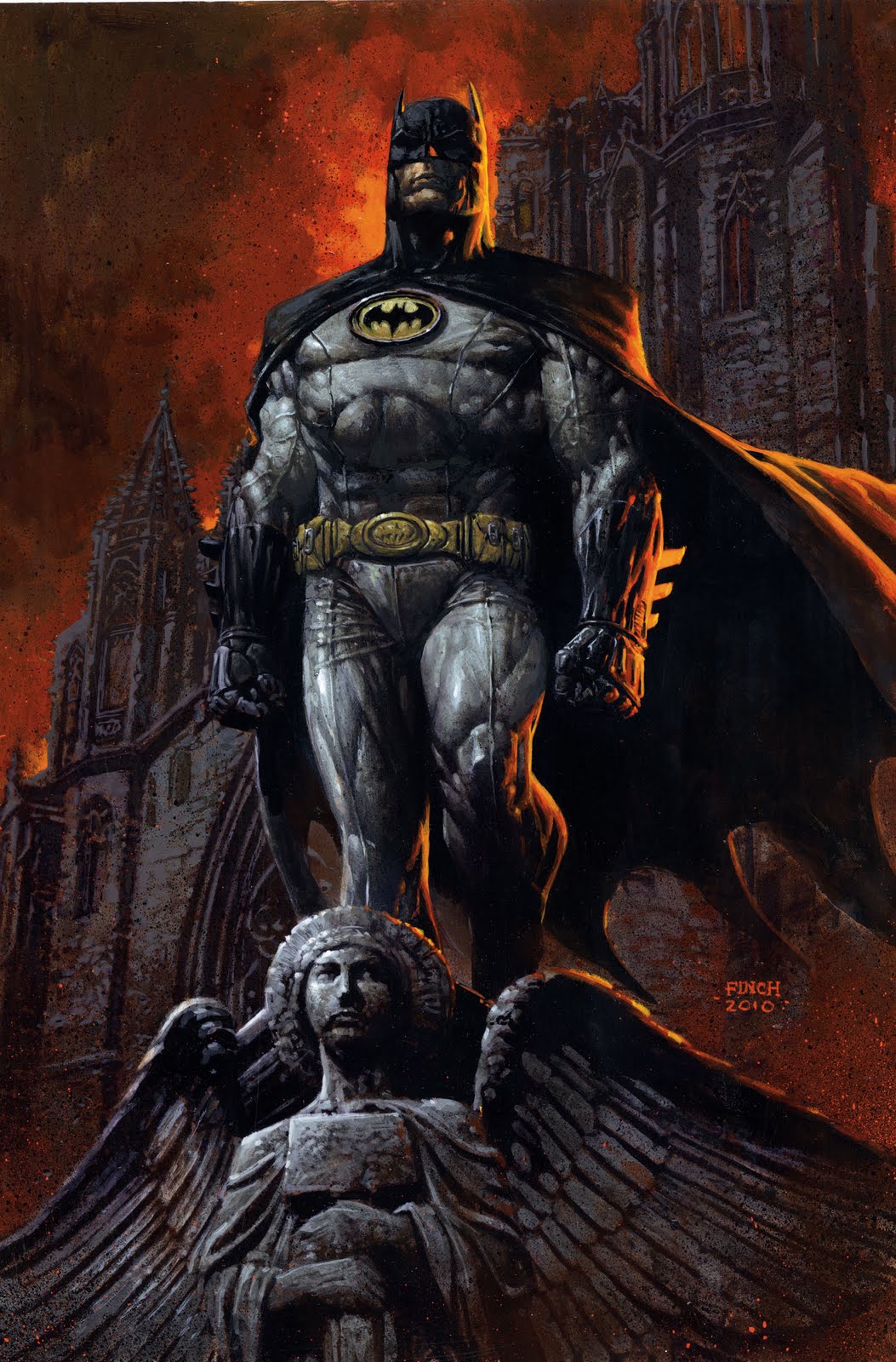 As you know the anatomy in comics (specially American comics) is very exaggerated and this is mainly what I love from this comic cover as it makes Batman look a raging badass pitbull, one that you don’t want to fight.
In fact, if I had done more realistic anatomy I wouldn’t like this render.

About the technical details, well, my idea was to make this render with a straightforward pipeline. My model is splitted in four objects: batman body, batman cape and accesories, base, sculpture. I have done two versions for each object, one decimated, to be able to render in the 3d view and to make quick render with gpu, and other original model untouched from zbrush.
For each version per object I have one .blend containing only that object so I can pick each as proxy in the render scene were I have put the lights and render settings (I love working this way in Blender :D).
Also, I have another blend file for compositing stuff.

Hope this throws some light in the technical side of the scene.