I already asked this question in the texturing forum outside of the game engine but since I am importing the textures into a game that does not allow proper reflections, or even refractions, I was told to ask here, so here you go.

Is it possible for me to texture bake a light or object? I have rendered this material test and attempted to bake it and yet it’s leaving out the reflected light… I really don’t want that… I need the light. Any ideas or tutorials?

P.S. I’ve asked about 4 questions in two days… I do apologize for my ignorance and would like to say that I haven’t messed with blender in about two years.

As a side note, no object properties have been altered other than the textures and UV’s. 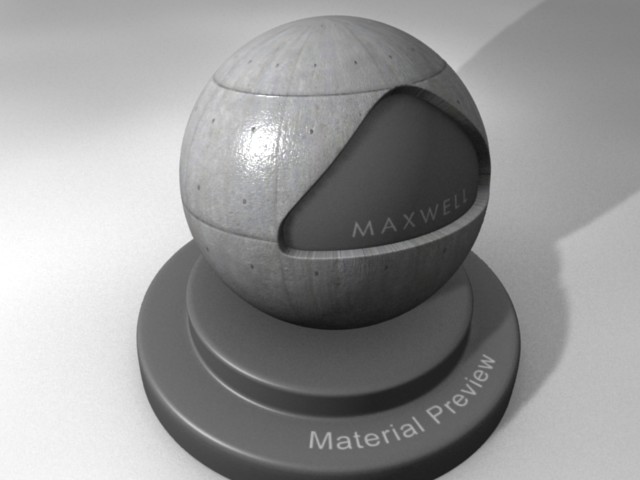 Maybe you could paint your reflections on your UV-map.

Sry but I’ve never messed with texture painting… I found online that someone forced blender to bake the specularity and diffuse maps separate and then combined both in Photoshop for the appropriate texture… any ideas?

Sry but I’ve never messed with texture painting… I found online that someone forced blender to bake the specularity and diffuse maps separate and then combined both in Photoshop for the appropriate texture… any ideas?

the problem is that specularity changes dependent on the location of the camera. If you did bake it it would look wrong at most camera angles.

I don’t think you will be able to bake reflections or specular highlights. The problem is that they are view-dependent and texture baking is a view-independent operation.

Texture baking looks at the surface of your object and works out what colour it is at every point, and how much light is hitting the surface. These qualities do not change if you alter your point of view, so when the computer is calculating them it doesn’t need to worry about a camera position. However, the position of the specular highlight on the sphere in your picture depends totally on the position of the camera relative to the object and light. Blender’s texture baker doesn’t take into account the position of any of your cameras, so it can’t bake reflections and specular highlights.

The only way round this would be to change the colour of your material to plain black, but don’t change the settings affecting specular or reflections. Render the image. Your object should be black, but with the same reflections and highlights. Save that image. Create a new set of UV coordinates for your object. Add the UVProject modifier to your image, using the new set of UV coords, 1 projector, your active camera as the object, and the aspect ratio of your render. Apply the modifier. Restore your material to its original state, then put the specularity and reflection to zero, as you will replace them with the image you rendered.

Now the idea is that you add a new image texture, set it to use the new UV layer, and select your saved render as the image. Use Add as the texture blending mode. You now have a set of fake reflections and highlights that you can bake to another new set of UV coordinates.

I’ve not properly tested this, so there may be problems with this approach that I don’t know about.

Ha ha, just what I was looking for, thanks for the input m8.