This is a model that I have been working on for quite some time, I want it to be a base for things like: sculpting, general modeling, topology guide, things like that.
So if you would critique the proportions, form and topology I would be very grateful.

It’s nice and clean mesh, and I don’t see any issues with the topology. One thing though, if it is a ‘unisex’ base, meant to be male or female depending, it will need more polys around the chest

Also if you can try to get your pollycount so that your model will be 3 or 4 million when its subdivided fully , this is maximum you want for baking and exporting(depending on your system). Every time you subdivide the mesh it multiplies by 4.

It looks like a great clean mesh to me. I’m limited in my experience with modeling humans though.

Thanks for the replies everyone, glad you liked it.
Here’s the hand.
Happy Viewing 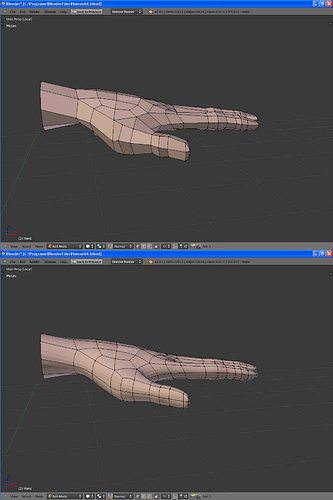 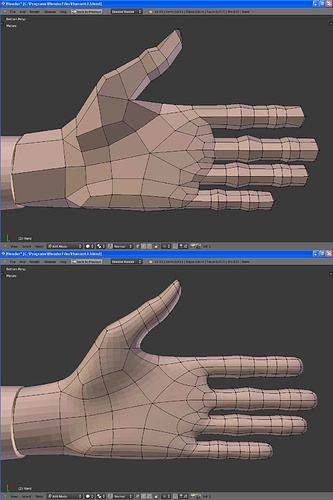 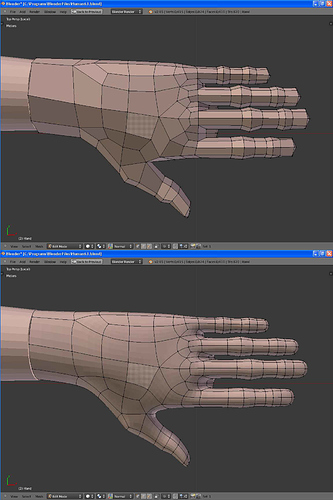 Hey, so regarding proportions
right now its not clear if its a female or make because of his hips. ‘usually’ women have bigger hips and narrow shoulders, with a more curved shape, while men are the opposite. but since it`s meant for a base mesh, you can always tweak that.
it’s hard to tell from this angle and without the hands, but the arms might be a bit shorter then the ‘standard’ proportions. If i remember correctly, the distance from one hand to the other should be more or less like the body height.

hands topology looks good to me, so far, the only thing that pops out is the distance between your fingers, when your fingers are parallel to each other like this, then they should have only a bit of space between them or nothing at all, but might be better for you just to rotate the outer fingers a bit sideways, so it will also be easier to model and skin them.

like Modron already mentioned it could use more detail around the chest, and also you could add more detail in the back, for the tarpez muscles. both should be connected to the shoulder

For a base mesh it`s also good to have more relative similar size between your quads, and keep your edge loops on a nice flow.
you might consider some small tweaking in the shoulder area.

Thanks for the critique snot_nose. I have made the fingers closer and fixed various other things. I have included a full
bodyshot so you can see the proportions again Disregard the head, and I want to make clear that I want a
general form so the less verts for me to move the better. If everything checks out I will post close ups of the feet.
Happy Viewing. 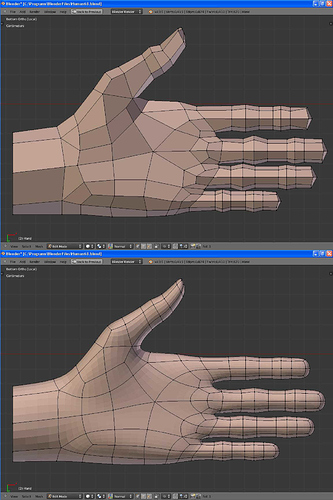 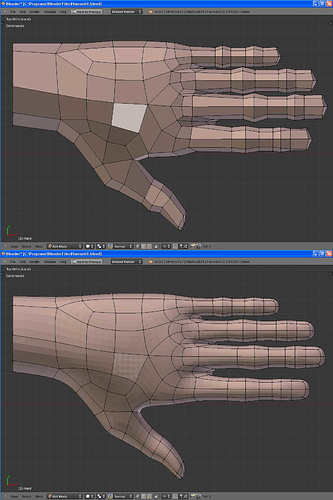 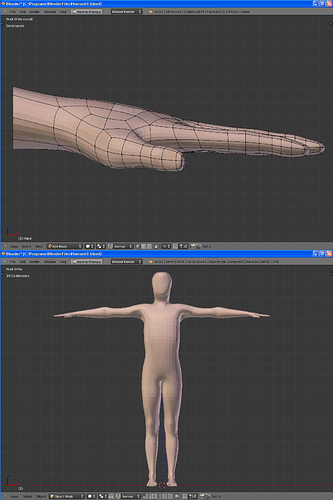