So im trying to model a speaker. I have got the basic shape set. I have created a rectangle and used the subsurf modifier and loop cuts to get the shape i want (not sure if this is the best way).

I have tried selecting a face , scaling it smaller, then intruding, then scaling, then extruding it back the to the surface. This methods works, but it limits me to the shape of the face. Plus, when I reactivate the subsurf… it completely messes it up.

So my question is… Looking at the shape a created… What is the best way to create really thin intrude lines on my object, that are compatible with the subsurf. And more importantly, being able to have control over there shape… See the example for what I mean. THese lines dont follow the outside lines of the object but have a shape of their own… 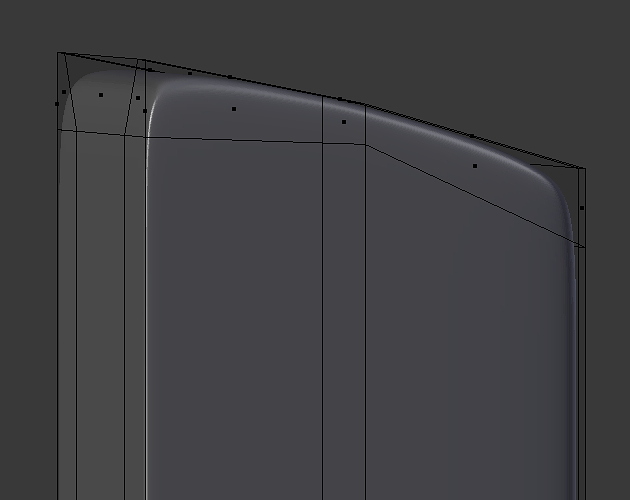 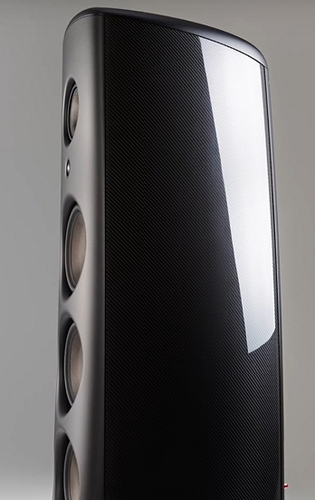 There are several ways to do this. My favorite is to use the bevel tool (Ctrl + B) and increase the resolution so there’s one or two loops running down the middle. Then reduce the selection (Ctrl + numpad minus) and shrink (Alt + S) to inset the channel.

Another way is to use the boolean modifier. I prefer a shrinkwrapped solidified curve, but there are a multitude of options there. The drawback of booleans is the topology is less clean, and the solver sometimes fails.

Personnally i will use different technics at least depending the case.

Single mesh: i will simple set the loops according to the cut, extrude, scale down, and then add loops or bevel on the edges created.

Seperate mesh: As the front faces, the side and the tops are 3 differents parts of plastic, i will separate them . ( so the cut will be create by separate the mesh", solidify, bevel the corners )

I don’t know how to use a Bevil cut to make a line. Can you give us an example link, example, or explanation?

You can also use Knife Projection to make a cut.

How to cut an object along a curve?

Ok, im able to create the inset shape I want… but… when i apply the subsurf, it still messes up the inset. I dont really want the subsurf to apply to the inset.

So I select the edges that I dont want to be affected by the subsurf… and add a bevel to it right?

But the subsurf also messes that shape up… Is that because of the smallness of it all and that the topography is messed up because of that?

And my other option would be indeed to acuatlly use differtent meshes to create the insets…
But what would be the best way to cut my current mesh in those pieces (after I duplicte the current mesh as a backup)?

Recent posts on the forum are a terminology mess

Topography is the study of the shape and features of the surface of the Earth and other observable astronomical objects including planets, moons, and asteroids.

When we are talking about polygon model structures related to the form, the term is topology.

Subsurf is a short for subdivision surfaces, not subsurface.

Applying subdivision surface modifier means pressing the apply button on it. There’s a big difference between adding it to the stack and applying it. (number_of_faces * 4 ^ subdivision_level) difference in the control cage when the model consists of quadrilateral faces.

I dont really want the subsurf to apply to the inset.
So I select the edges that I dont want to be affected by the subsurf… and add a bevel to it right?

The modifier affects all meshes in an object. You either control the subdivisions on the edges, or use separate objects to have or not have the modifier on them.

But what would be the best way to cut my current mesh in those pieces (after I duplicte the current mesh as a backup)?

The popular “best way” question. There are options, and the best way is something only you can decide. Knowing the purpose of the model (end use), which pipeline stages it goes through, and exactly what you’re trying to do, with what, and how, one could give a strong recommendation for the “best way”. But there usually are multiple ways of doing things and you might still prefer another way, knowing the options.

The pieces could be separate meshes inside one object, or separate objects. ctrl+E -> edge split, V to rip edges, Y to split selected from unselected. P for the separate menu which separates mesh parts to their own object.

Well said, [B]JA12[/B]. While correct terms don’t matter that much in day to day life and nobody cares about one or two words used incorrectly it starts to matter very quickly when we talk about more coomplex matters like using 3d software.

My advice regarding modelling would be: don’t use subsurf here. This is a simple form with rounded edges. It’s a perfect job for Bevel. You will have more control, less geometry and will be able to make the form more accurate. You can model it using bevels in less detail so you have less points to move and use subsurf later if you wish, but in this specific case it dooesn’t seem like it’s a bad idea to model this using only bevel in final datail from the start. Plan modelling ahead. If you see a part that will need to be separated later, end the edges of the bevel operation where the part starts, then separate it and carry on modeling from there.

Ah ok, you’re right there never is a best way without knowing more about the goals of the project and stuff.

So im trying the technique now with the loop cuts…but im still running into someproblems. So I make my basic shape with the insets in it. I turn on the subsurf and everything is all round and stuff. This is normal.

So i create loopcut to turn parts into hard edges and control the rounding. When I pull a loopcut over to the edge of my face, it makes a hard edge… but it also creates a double edge. So I end up having a lot of double edges… and the when I remove them (W>remove doubles)… the subsurf is all messed up…probably becuase it deleted the wrong edges or something.

So my quesion is… when using loopcuts… can the be on top of the original edge… or are you always supposed to but them just a little next to them ?

And my second question is… when I create a loopcut…they always seem to use the entire shape of my object. But sometimes i just want them to loop cut in the faces that I select.

Like the example below… I just want the loopcut to be on the ‘sticking out’ part… so i can only make the top part (of the sticking out part) a hard edge… I want the other part to remain rounded… How would I change my loopcut so its only a rectangle shape in the stickingout part… and not that T shape it is now?

Let me get this straigt then… I thought that you pretty much subsurf everything to make it smooth…But bevel would be enough for fairly simply shapes then? Subsurf mostly shines on surfaces with bends en stuff in it? Not so much on a flat surface?

Let me get this straigt then… I thought that you pretty much subsurf everything to make it smooth…But bevel would be enough for fairly simply shapes then? Subsurf mostly shines on surfaces with bends en stuff in it? Not so much on a flat surface?

Subsurf may add unnecessary geometry to the same detail that can be achieved using only bevel:

You can control the hardness of edges with subsurf by adjusting the crease values: