Not sure if you guys remember that shooter

Exteel was a third-person shooter game published by NCSOFT, a Korean game company, and was developed by NCSOFT's E & G Studios. Players controlled giant vehicles called Mechanaughts ("mecha") and fought against the computer, or against other online players, in a variety of gameplay modes. The Mechanaughts were customizable. The game was free to download and play, but players could buy "NCcoins" with real money, through the NCcoin micropayment system. NCcoins could be used to purchase exclusive in...

One of my favorite games and probably the only online game I played for meaningful amount of time. Big, asian style mechs. In my entry I want to show one of them as “abandoned” and overgrown. So: here is a concept of machine itself 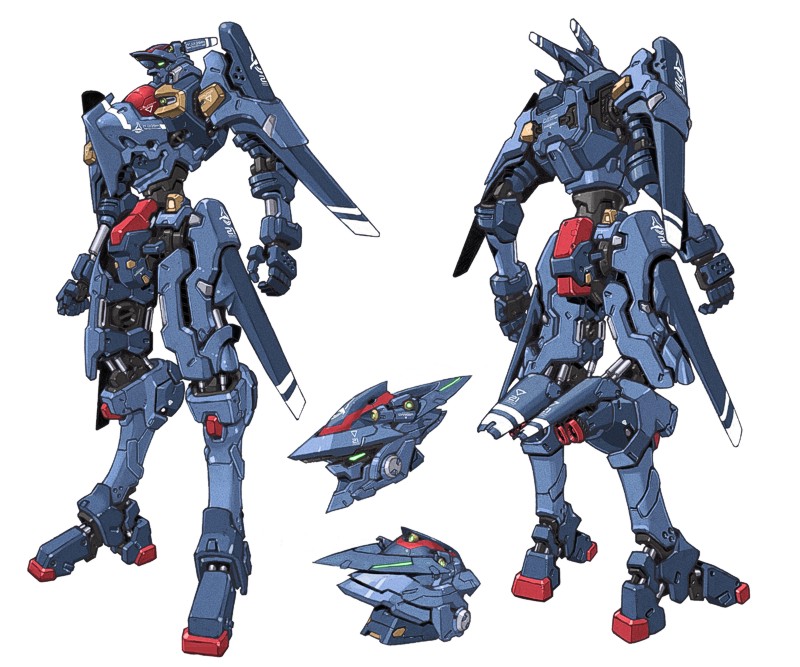 I will be uploading results to Sketchfab- that should make reviewing it way easier then static previews. Starting with foot. Yes, I know, it is not yet beveled and not all details are in place.

Day 3. Knee. I will probably finish lower part of leg today and then upload to sketchfab. 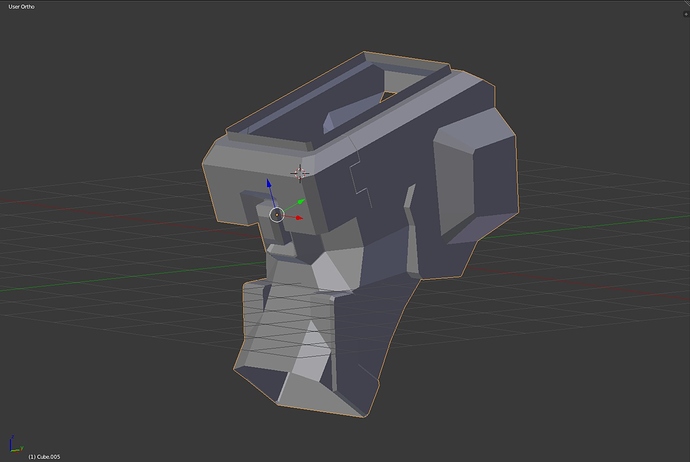 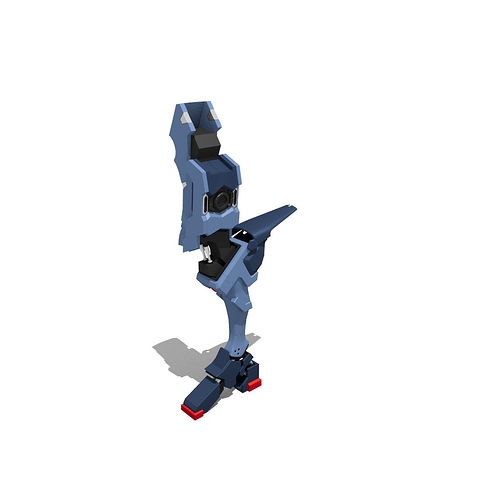 Very nice! Did you want to do any rigs/animations?
Keep work on!
Powodzenia!

Thanks mate. No rig for contest entry (no time) but I will provide rigged version for Blendswap.

Time to speed things up. Completed and assembled (test only) to the waist 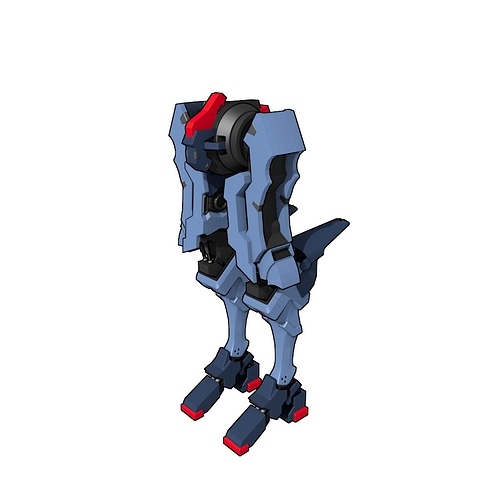 lookin pretty snazy so far. I love the style of the rendering.

I am afraid I will go for realistic in final pic. Anyway- legs and hips posed, time to start with torso and upper body

Idea is: since game is no longer existing, mech will be damaged, almost like crawling, but with a tree growing out of its back. New out of old, new begining and all that jazz. 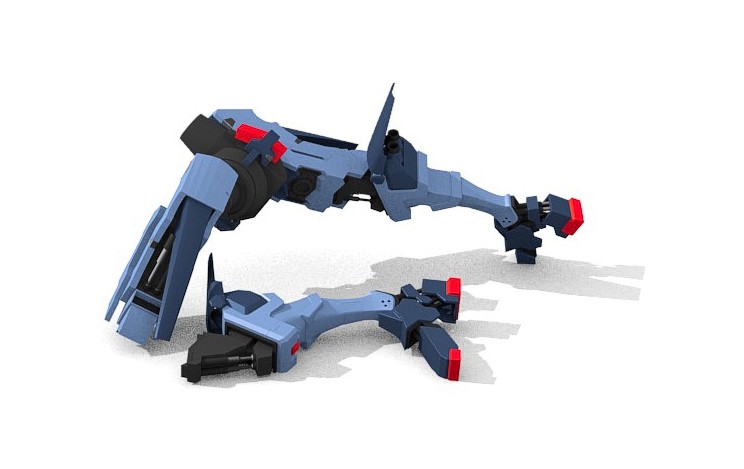 Okay… so here it is (I mean- mech), almost complete and posed (apart from arms). Now it is time for vegetation… 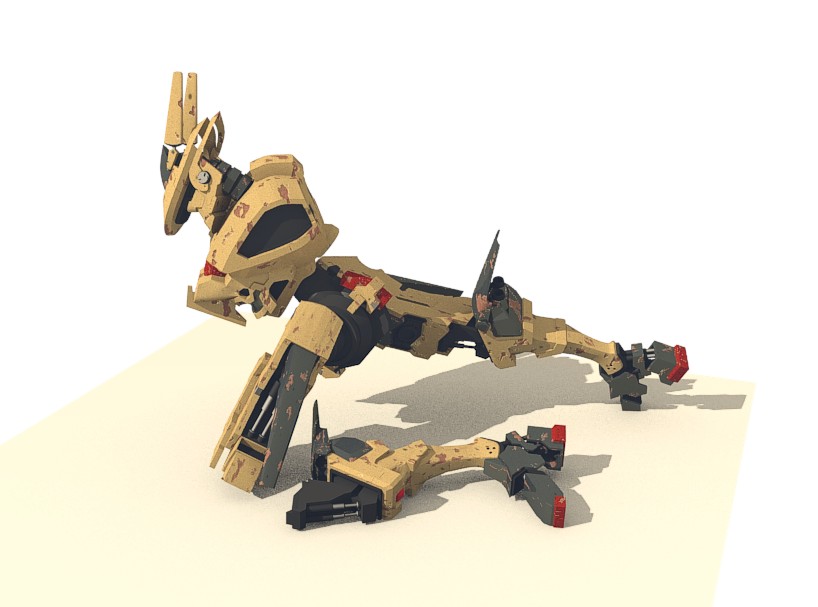 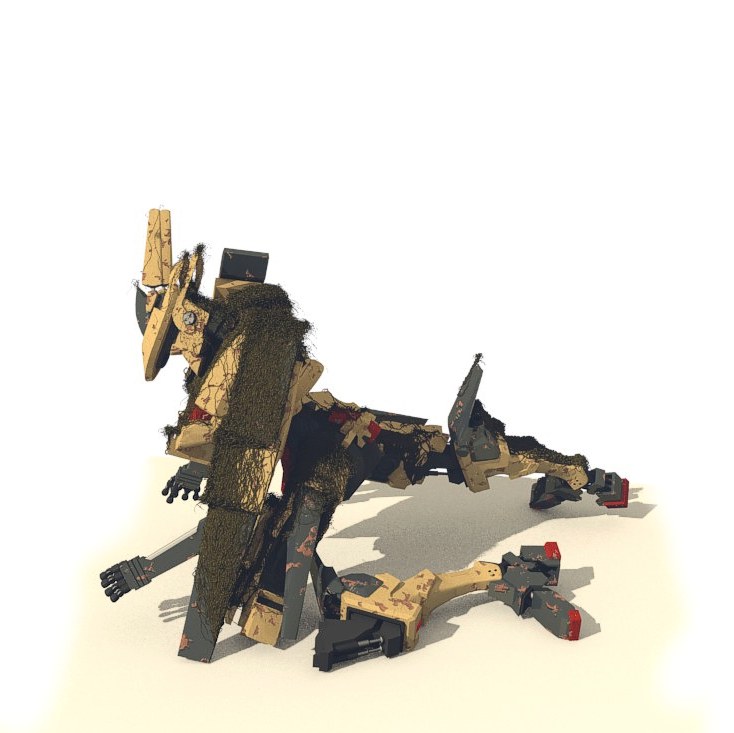 Well- it is “broken” mech, I kind hoped it shows.

Depends on how it got “broken” I suppose. Was it destroyed in a fight or did it just fall apart because it wasn’t used in centuries? If it got destroyed in a fight maybe some parts should have fallen off or have impact marks or something. If it was broken down by time then maybe it was in a resting position like standing straight or sitting.

So- here it is. In the end I have decided to go for comic book/ cartoon look to fit in time. Realistic environment was almost there, but rendering time would rule out my submission so I had to drop all dust, vegetation and most of textures and got for what you can see here. Hope I did not annoyed you too much and thank you for watching 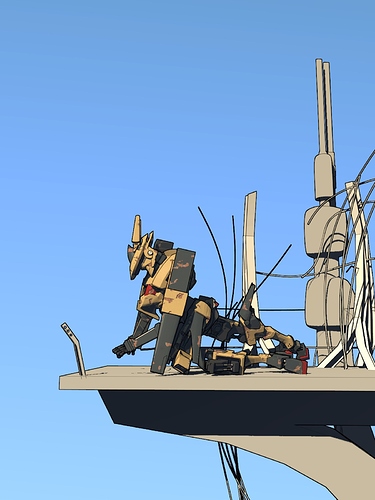 Pose is still not working for me

But I do really, really dig the cartoon look and the debris to the right! Also the model of the mech itself is awesome, I think it works very well with the cartoon look.

Thanks dude. I kinda liked it so I’ve decided to leave it but again- it means a lot to hear your opinion (no sh*t). Much oblieged.

A scene inspired by Exteel computer game. Rendered using freestyle branch version of Blender (necessary for a cartoony look). If you will be doing anything with it please, send me a message (I am just curious about results you will have, that's it)....

it came out great bro. i love the cell shaded look.

Thank you very much, really glad you like it.