So, a little late in the day to post a WIP for this, but here’s what I’ve been cooking up:

A box person must avoid detection from felines who would very much like to use his head as a seat! Get to the end and solve this cat-astrophy once and for all.

So, I ransacked CG Textures for every cardboard texture they had, as well as a couple of places on the internet so some crediting will be due. If this is against the rules in some way then I’ll have to be happy with a non-competing entry. I also had a point-and-click feature, but that used some code which I also sourced from the internet and I’m no so sure that would fly either with the rules (plus, it can be time-intensive). So we’re making do. 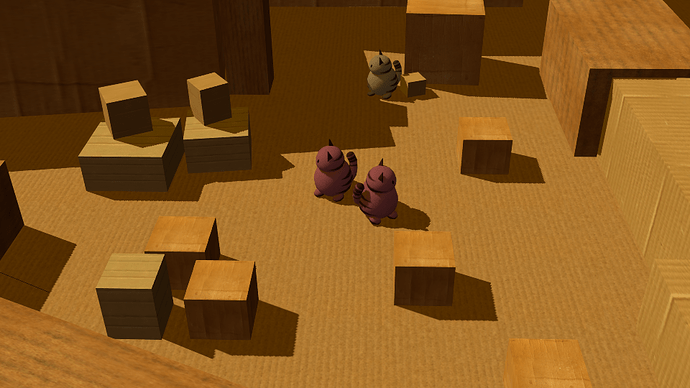 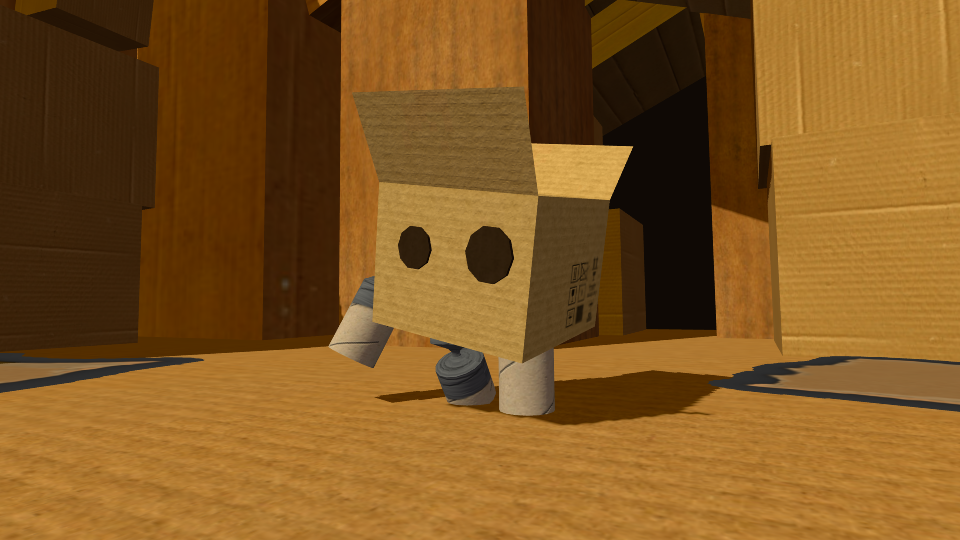 Wow this looks really neat! As far as I know you didn’t violate the rules, even if you had that script in. I really like the style of the game. Good luck!