This is the thread for my BGMC 22 game, “UnderTow”. Heavily inspired by many “walking simulators”, there will be little gameplay other than exploring, reading notes, and maybe listening to audio logs. Because there is so little gameplay, I’m instead focusing on good graphics and atmosphere. The setting has very obvious influences, particularly from the Shock series. Tell me what you think!

This is simply amazing, fantastic atmosphere and great models, the sound is already great too!
I like every aspect of it (being a huge Bioshock fan myself ;))

Perhaps a subtle bloom filter and a hint of chromatic aberration?
Also some radio/megaphone propaganda going on in the background wouldn’t do any harm.

Really looking forward to this one already!

Does it have shadows? It kind of looks plastic.

WOW, that looks awesome! I like the cut scene, great job!

The project is now a collaboration between ThaTimster and myself!

wow this is amazing. thumbs up

Wow cool! I’m looking forward what you guys can create together

Here’s a quick update of a new cutscene I made for one of the later levels. It’s still very early.

Here’s all the work so far. ThaTimster has added a collection system and survival elements to the game:

Everything looks great so far, btw. I’ve just been lurking around this thread.

Everything looks great so far, btw. I’ve just been lurking around this thread.

I just fixed the video

Fixed some stuff for the first level, added drinking and eating system affects health based on food type. Looks great! You’ll certainly get my vote if the finished one is like this.

Here’s some pictures of the Apartments level. The apartments are divided into 3 levels - First, Second, and Third class. Third class is the most complete, but I also have worked on First and second class. 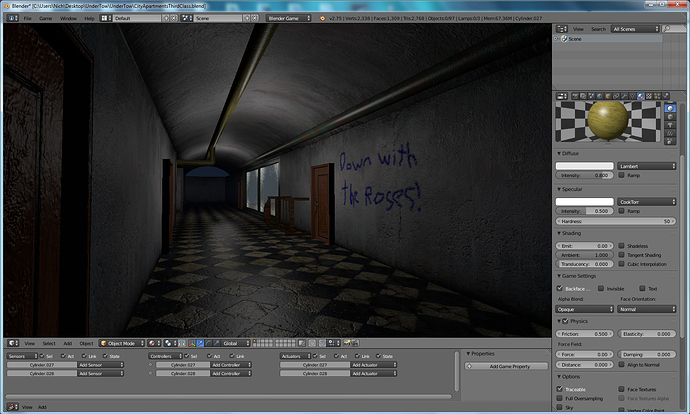 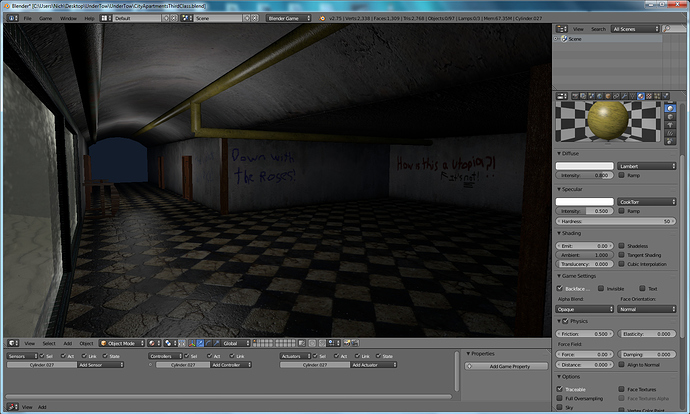 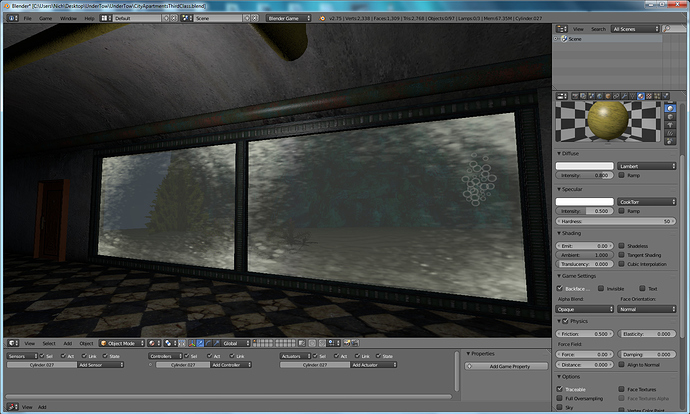 Some more screenshots of the first level: You can get the finished game and .blend files here: 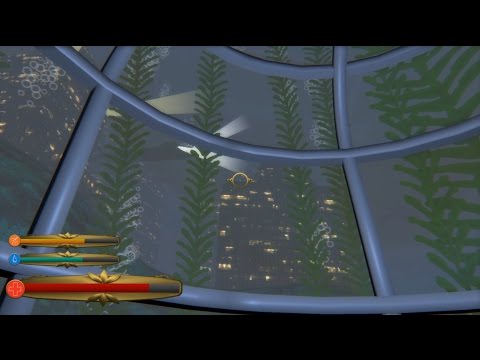 Here is mine and Grenzer’s entry into BGMC 22 😃 We built it with blender 2.75 so you will need this version (crashes with 2.78a because of mirror.py) I will upload a standalone version as well. Updated: Game .blend collection v1.2 Start with...

A full 20 minute playthrough will also be added soon (to the finished game thread).