I decided to model a simple character for the sake of learning how to rig and animate (modeled after the mods from ModNation Racers). When I finished rigging the bones to the mesh and was ready to mess with poses, I found that just about every movement I made in pose mode created two or three huge ripples in the character mesh. For example, if I were to move the forearm towards the bicep, the forearm suddenly has 3 ripples wrapping around it like a series of vertex rings that have been scaled out. The fingers are especially bad when trying to make fist like poses.

I thought it might be that my subsurf modifier hasn’t been applied, or maybe that my topology was just too uneven or too far from natural muscle flow, but neither seem to be a problem. I tried playing with the location of the bones to see if that might help, but it didn’t. I cant make heads or tails of what’s causing it but I did find that moving the head doesn’t cause the ripple effect. 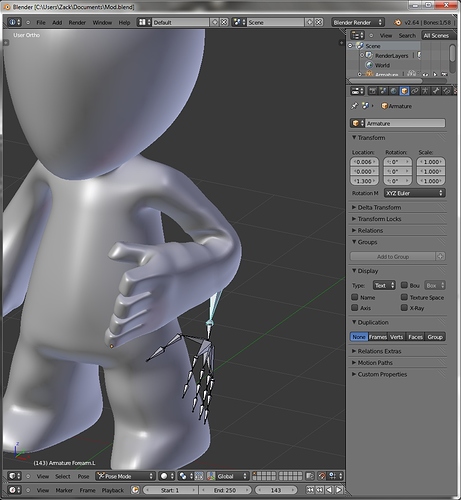 Modifiers are applied from top to bottom so the order you place them is important, you are rigging a smoothed mesh rather than smoothing a rigged mesh. Move the subsurf modifier below the armature modifier.

Also are you sure you really need to have 3 armature modifiers ? Just have the one. 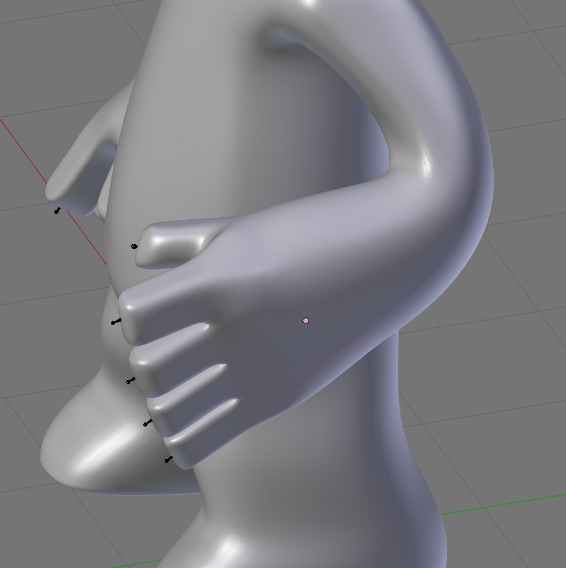 Now that is some quality insight for a noobie. Doing just that fixed my problems and reducing the bones made things easier to move around. Thanks a million. Now I just have to fix the way the armature behaves a little, and I’m good to go.