Black and White effect in the VSE

Hi guys, I hope this is the right section to ask!

I am using Blender as video editor and I am (desperately!) trying to achieve a black and white effect.
I know you can add modifiers to single strips or add effect strip, but so far I couldn’t figure out which could give me some control, for example on the single RGB channels and etc…

I don’t know whether it is possible to use cycles but I think I’m saying something silly here…isn’it?

Sure you can use modifiers, but there is a Saturation value in every strip’s properties. 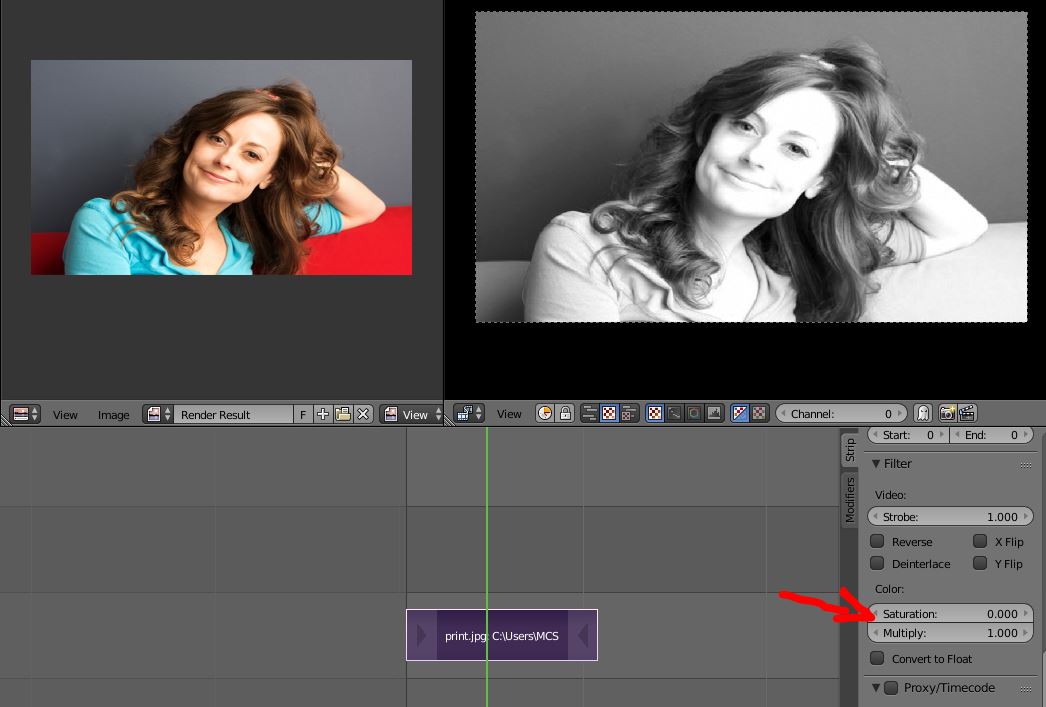 But it doesn’t allow you to use a nice balance of colour components, to do that you need to add a Hue modifier. I choose to use an Adjustment Effect Strip so that I can duplicate it and re-use it elsewhere in the VSE timeline. Set it to S for saturation then drag down all of the hue nodes. You can do a selective colour effect at this time by leaving one of the values at its original position 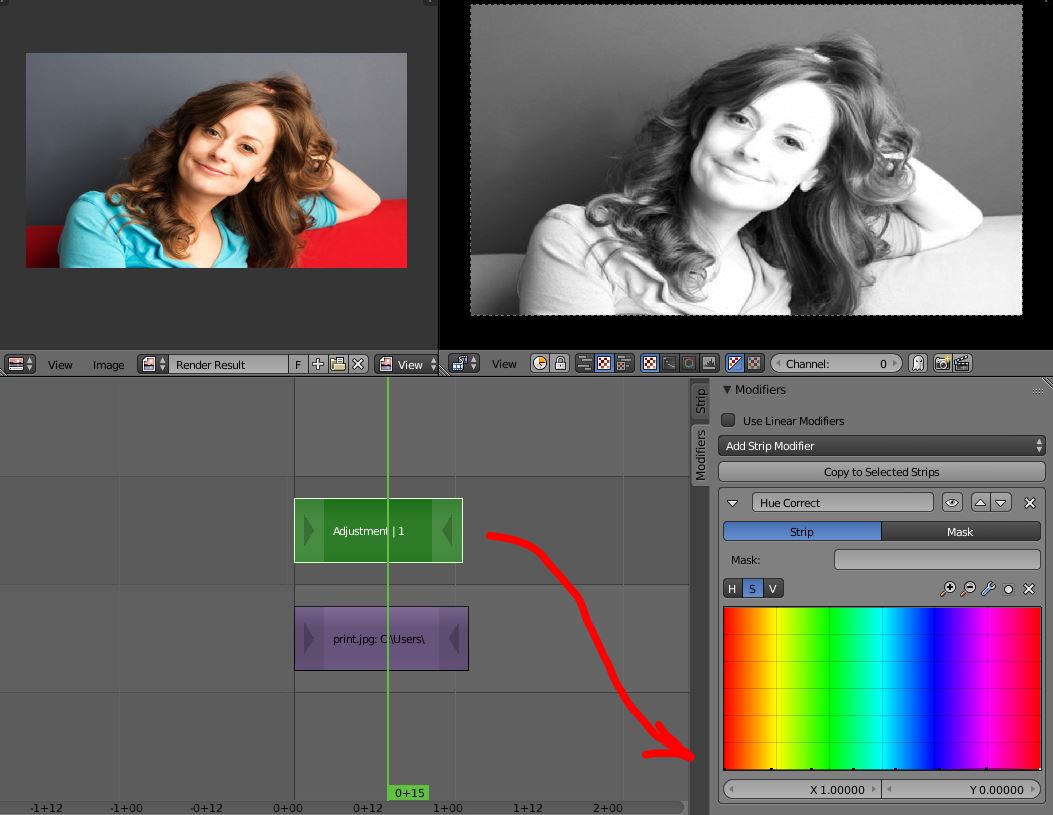 But this just looks like the original desaturation effect. So we need to add a Curve modifier above it, then modify the relative contribution of each colour channel. We simply alter the curves so that they represent greater contrast for each colour. 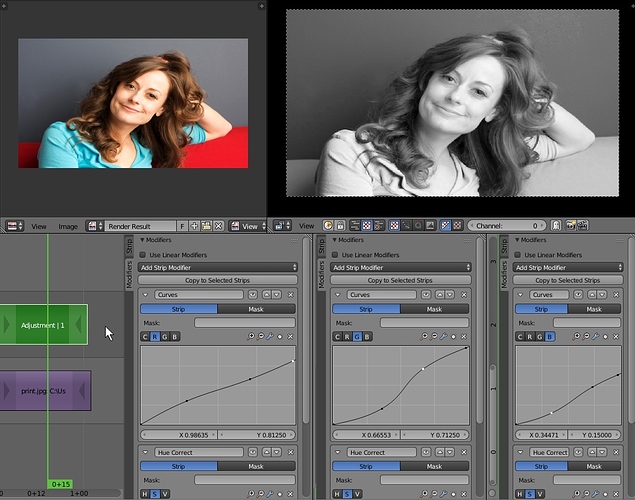 Now don’t be fooled by this last image, I am only using one Curve modifier, but I have displayed it so that you can see what I did to each channel.
Good luck

Thank you very much David, that was really helpful