It’s been a long time since I posted something here …

In the last couple of months I played around with Blender’s viewport rendering capabilities a lot, fell in love with it and started to 3d-ifize my comc book characters.
Then I stumbled across blend4web, and decided I had to give it a try - this is the result (warning: BIG, about 80MB):

Check out these awesome 3D graphics made with Blend4Web!

Characters are fully rigged, but I had to apply all modifiers in order to bring it to blend4web (rigs are too complex).
Background is a pre-rendered cube map (GLSL). 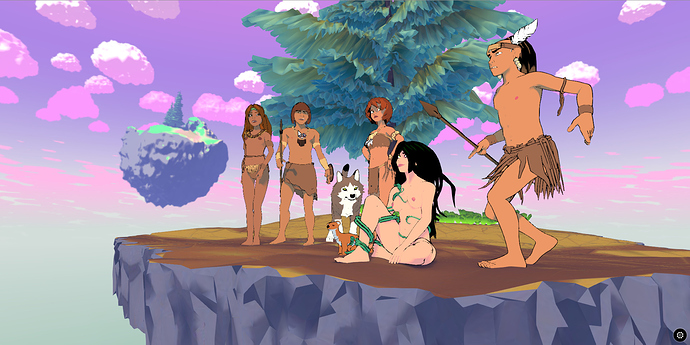 Characters are fully rigged, but I had to apply all modifiers in order to bring it to blend4web (rigs are too complex).
Background is a pre-rendered cube map (GLSL).

Have you tried to bake your animation? Blend4Web supports up to 250 bones per armature, but if you have an IK in the armature you will need to bake it using Blend4Web animation baker to use in blend4web. If you still have a problem you can contact us on blend4web forum to get help, we will be glad to help.

WooOOow, that’s just amazing! :eek:
I love it. Such an awesome work on characters. I hope it’ll be featured!

@mikhluz:
thanks a lot for your help!
Nope, no experiments concerning animation so far, this was my very first try with b4w - my main effort was to clean up my files to bring the export file sizes down (all my fault, it just took me a while to figure out that b4w exports every piece of trash that was left forgotten inside my files, remark to self: clean up now and then! ^^).

However this will not be my last b4w experiment for sure - being able to extend a web comic by “deep”, interactive panels would be cool as hell - kudos & thx for the opportunity to you guys!

Does b4w supprt subdiv (or maybe even other modifiers), or is support for client-side subdivision planned, btw?
For now, I applied all the modifiers, because to my understanding it does not.

In particular in conjunction with the “inverted outline” trickery - in Blender I achieve this via solidify modifier - the file size grew so huge that even if I had some nice animations I’d not have dared to pack them into that file too.

Wow that is amazing my friend! I look forward to reading your comic!