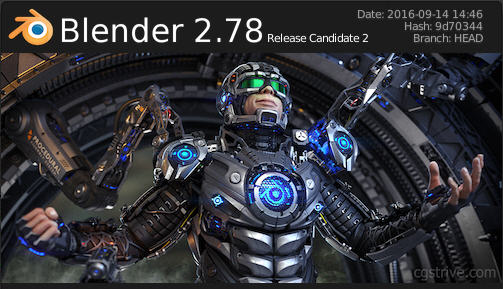 Hello Blender community, the second release candidate of Blender 2.78 is now available and can be downloaded here:
http://download.blender.org/release/Blender2.78/

Here you can read the release notes:

Blender 2.78 Release Notes
and if you find a bug let the developers know in the bug tracker (you’ve to be registered to submit a ticket):

Something is wrong with todays build:
Every render I had is darken. What’s wrong?
On the right is render result and on the left is viewport with 32 sampling. 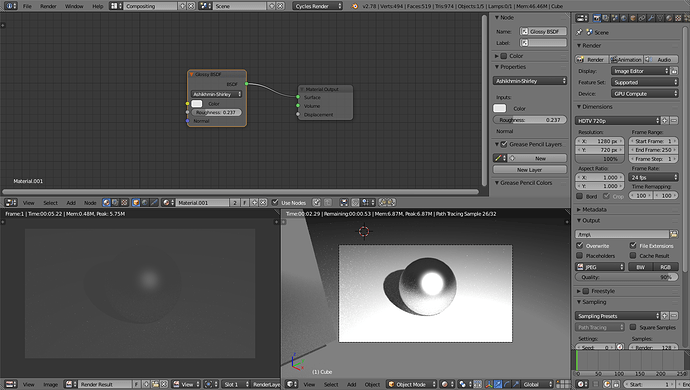 Something I was curious about if anyone knows: on Linux, is there any reason not to use the glibc219 version rather than the 211 version? I assume that the 211 version exists to support distros based on older versions of glibc?

I tried it multiple times and the same dark render result happens.

If I render with CPU, it’s OK. Only GPU rendering gives such black image.

I tried it multiple times and the same dark render result happens.

If I render with CPU, it’s OK. Only GPU rendering gives such black image.

What gpu do you have?

What gpu do you have?

Oh, could be drivers…
& needs to be tested on another system with AMD card.

I get the same problem with my amd 390x when enabling experimental.

I get the same problem with my amd 390x when enabling experimental.

I get black image on supported GPU render also. Which drivers do you have ? I think there was some drivers related problems in past months.
I have Crimson Edition 16.9.1

This blend seems to crash (hang) the Blender versions I have tried it on. Can anybody confirm?
Steps to reproduce:

CPU/GPU doesn’t matter. Something went kind of awry when I made of the “lamps”, in that when I enabled subsurf (>0) some faces just wouldn’t show up. Normals seemed okay, no doubles, everything unhid, no verts seemed loose, and I could select and move the face. I had to delete a few loops and recreate them to get it back. That’s the first time that has ever happened to me (I build it on the Disney version, not sure if it matters), and I’ve had no issues before using UV based tangents. That’s no guarantee though that I didn’t mess up this time.

The converting mesh->curve->edit&refine->mesh process has caused frequent crashes, and also did it this time. On next restart everything seem normal again and conversion process will work. I believe the full mesh isn’t UV unwrapped, but it would still crash if I select all and did a simple unwrap.

@aermartin: Both blends and textures show thumbnails when I enable it. Didn’t try anything else.

EDIT: Enabled with adaptive subdiv too

Edit 2: It seems when enabling adaptive subdiv the highlight disappear.

Edit 3: Disabling the bump texture makes the highlight works again in the scene.

This blend seems to crash (hang) the Blender versions I have tried it on. Can anybody confirm?
Steps to reproduce:

Do you compile yourself ? Try this patch:

This fixes the crash/hang, post an bugreport anyway pls.

Bug has been reported and confirmed, but as suspected it is the mesh itself that had issues from the way it was edited (NaN vertices apparently). I didn’t know you could even spot it as Brecht kindly points out. Probably hard to reproduce the events that lead to the mesh, but how would I go about fixing a mesh with NaN verts? As mentioned I had a situation where some faces would not show where everything else (that I know of) appeared normal, and I had to delete some loops and recreate them.