Since 15 years, many professional users have given Blender a look, but threw it away when they found the left mouse button placed the 3D cursor at the mouse position instead of selecting the object in front of them. That begins to change today.
https://lists.blender.org/pipermail/bf-blender-cvs/2018-November/116345.html
https://developer.blender.org/rBbf7af31e9f7c0177c1d390ab77804f8d556e0e56

The commit comes complete with various changes elsewhere in the keymap to accommodate more standard key commands and to avoid key conflicts. The old keymap with right-click selection is still around, but you can now handle Blender in a similar way as every other app. on your PC.

Blender 2.8’s current builds are stable enough for actual 3D work, so wait until the buildbots updates again and enjoy.

Finally!!! we will stop listening complaints about Blender being difficult because RMB selection!

So no more newbies excuses! Grab your copy of Blender and start doing amazing 3D art in a couple of days, because now Blender and 3D is easier than ever before!

In case anyone is wondering about the mesh.loop_select change to leftmouse double-click in the new keymap and considering going back to alt leftmouse press, I asked brecht about that:

Finally!!! we will stop listening complaints about Blender being difficult because RMB selection!

I teach students and nearly each 3D app is configured with the same keys.
Blender finally will play nice!

Hmm. When you choose LMB for selection, you can not Grab the object. One of the most used features if you want to make video tutorials to show something, is Grab, shake a little to get attention, and cancel. Not to mention the advantages of using mouse/keyboard shortcuts when you “Grab”.
So for now let’s call LMB or the famed “Industry Standard” for 2.8, because this is not Blender way.
Edit:
Ok, while I’m testing I’m realizing why all this I said before comes into conflict with other things that use LMB. So for me, still long life for RMB selection.

Agreed, for me, still RMB. I have even configured most other 3d programs like that as well.

So, I think this is a really positive thing. I’m sure everyone will find some weird conflict that will break their workflows. Here’s to hoping we can all keep a level head and respectfully discuss things here.

The good news is, new users will not need to learn the weird blender way of doing things anymore.
I would go a step further and make LMB select the new default.

Hmm. When you choose LMB for selection, you can not Grab the object. 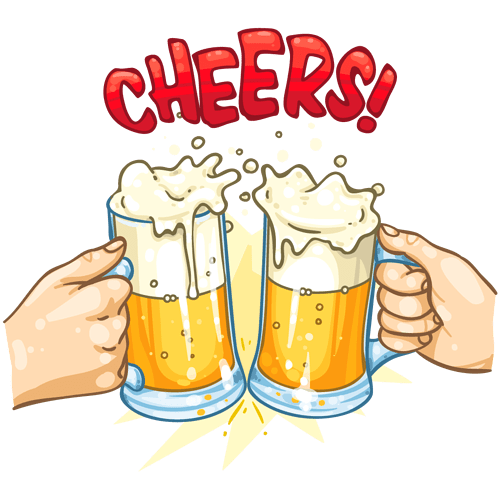 This is interesting I have been using Blender with LMB select for years now even the 2.8 builds so I wonder if these fixes will throw me off got to test.

Let’s be real here… Those same people are just going to find another excuse not to use Blender. It was never actually about LMB select. If that’s the hurdle that prevents you from picking up Blender, you were never going to do anything of note with it anyway.

Unfortunately the tool system is broken when using LMB select. Tools like inset/bevel etc, are not working properly. You are unable to select components when using those tools…

Still a long way to go…

would it kill you to let me left click select

I thought that they forgot about this issue. well, hope it works now at last.

For anyone curious, this is the default first run splash. RMB for context menu is also a really good change!

For anyone curious, this is the default first run splash.

Great! I’m a left-click user, but I feel like maybe there should be like a small “Why Right?” next to the option that opens something like a hover text box that quickly explains why this is even an option. Would be helpful to newcomers not knowing this is even a thing.

Yes! I like that idea, I was actually just trying to come up with a good way to explain that but it’s really hard and complicated, a little “Why right?” button would be fantastic! If there was that, I don’t think I personally would care if LMB became default, even.

I Kinda wish the keymap and mouse stuff was on the normal splash too, even if smaller.

Also, does anyone think it’s odd that switching the mouse button changes shortcuts without changing the keymap?. I’m not sure someone would expect changing to lmb would make the w key seemingly do nothing (I know it switches to the select tool, but that’s not immediately observable).
Maybe the keymap should have a little “(rmb)”, or “(lmb)” in the name to demonstrate that keys change based on the ‘select with’ option. 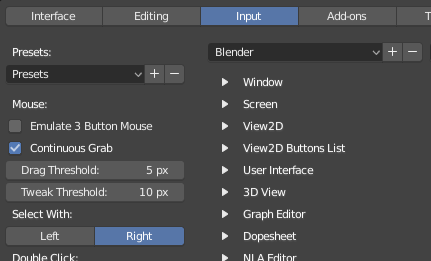