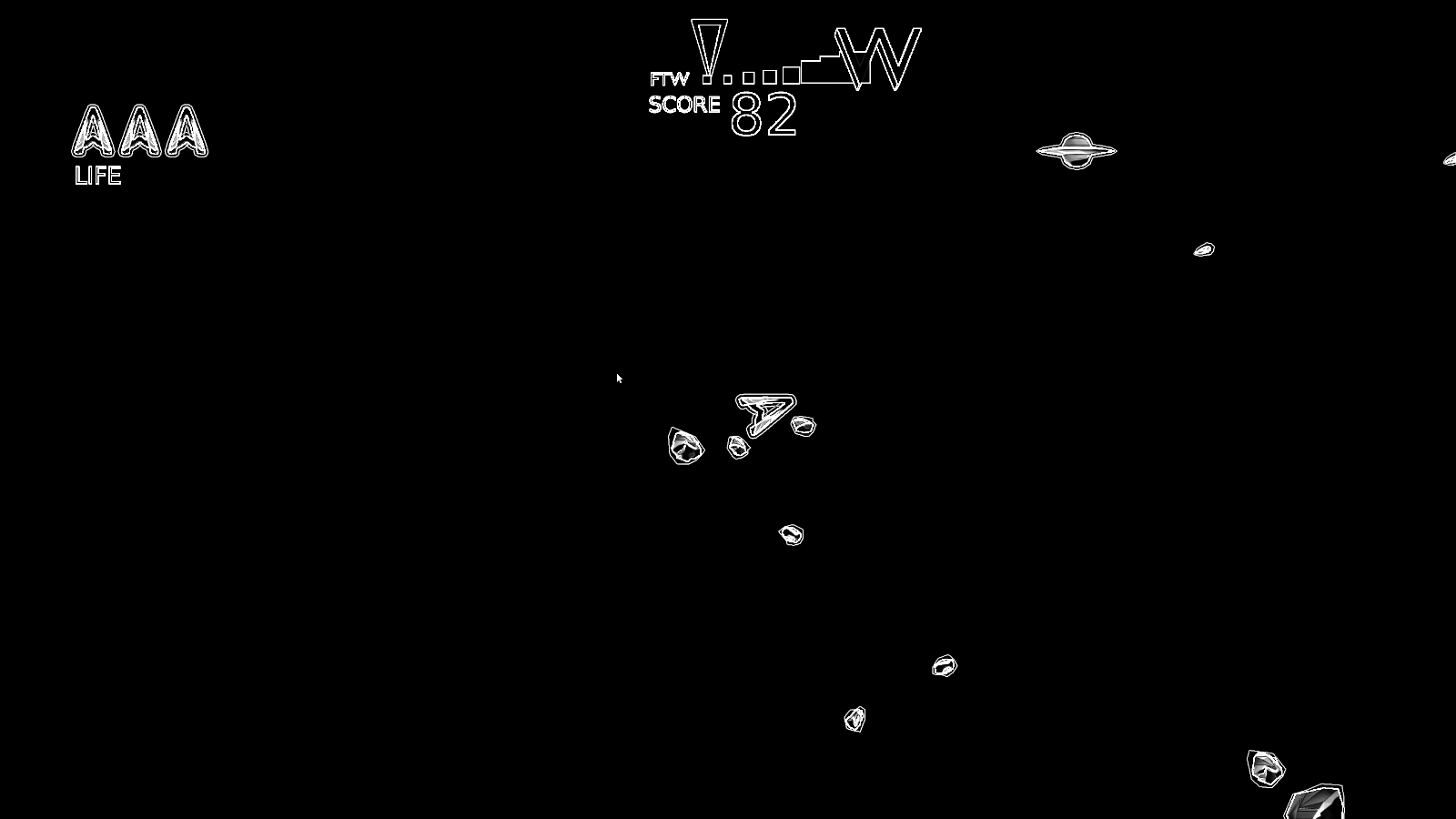 It runs entirely on logic bricks and has not even a single line of python code.
I’ve tried to copy the original look, but at the same time update it a bit.
disclaimer: I’ve never played the original Asteroids, so if you are a fan, sorry but it will feel like a different game for sure :yes:

It’s licensed as Public Domain so you can do whatever you want with it and don’t need to even credit me.
It’s intended for learning purposes and sorry all the bad organization that it has… lots of unnecessary bricks (made it easier for me to think the logic :evilgrin:)

So if you are going For The Win then here it is a tip:
Get away from big stones, shoot only the small ones and as much UFOs as you can. You’ll need about 9000 points, it wont be easy

Unlike the original this is a complete physics driven game mechanics, so every time you play chaos will be completely different.

. The Blender Asteroids.blend is available at bGame
. Play it directly on your Web Browser at Burster

If you know more places were it can go, then feel free to upload it, you may even say that you made it (don’t forget to remove my name first or people won’t believe you).

Hope you enjoy, my scores are usually around 3000 points :evilgrin: 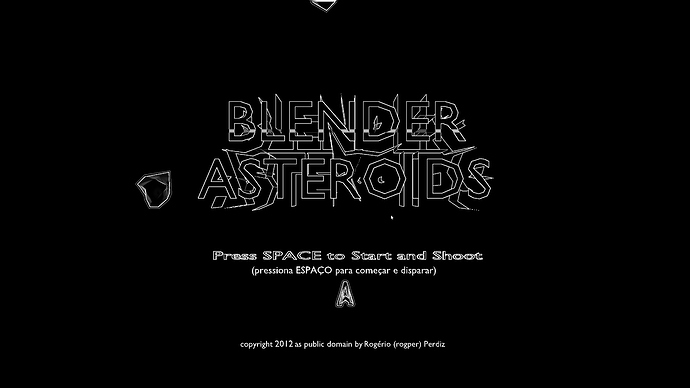 EDIT:
AD-Edge as made the momentum/drifting + wrap around effect version!
Asteroids is back!

Just commenting to rate it, (I’m rating on bGame too). Well done. :yes:
Just a tip, to count your downloads you should just link to bGame, then people click download there which can get you most downloaded - thus more people play your game.

polygon studios:
Thanks! There is one on the WIP thread

maybe you’ve seen it there. Now it’s finished so I also posted it here.

A lot of power in those logic bricks. We made a game with UDK some time ago almost completely relying on Kismet which is a bit similar to blenders logic bricks I suppose. Nice work!

Thanks! I never tried UDK, (doesn’t run on Linux) but the Logic Bricks do are very powerful, allot more then I suspected, and it’s amazing because they are with blender for more then 10 years.

It actually is a lot of fun! Great work!

Thanks!
That is the best compliment I could expect! Makes me very happy!

Okay, found a way to make a Mac runtime (Addons>Save as runtime).
Here it is rogper. Let me know when you download it as I won’t keep it on my dropbox due to space limits long.
Thanks again.
https://www.dropbox.com/sh/1qfizgs6cxud1tb/2SryQJmZ9X/blender-asteroids.app

Hey FloridaJo!
Thank you very much! I have downloaded it, you can delete the file.
I will send it to a frind Mac user to test it and add it to the list as soon he gives a positive feedback

Edit: My friend wasn’t able to run it, but he doesn’t have blender installed. He may also not have some dependencies (don’t know how that works on mac)

If someone else can give it a try I appreciate allot in advance!

I would think you would have to have Blender installed to run it.

Yeah, I think one has in fact… which is a shame

a non blender user that way is forced to install blender.

There was a thing called “BlenderStarter” (http://www.blendernation.com/2006/07/21/make-your-game-run-on-any-platform/) that would allow Blender games to run independent of Blender, but that link is now dead.

Yeah, but anyway still requires an external application to run the game

it’s not the optimal situation, the game should be able to run by it self. For non blender users this things confuse them

By the way, my score never shows. ?

It’s the first report I’ve got on that… don’t know why it’s happening.

Here’s a screen recording of that happening.
Password to the video is : Blender

Thanks for having the trouble of recording… you’re right

you don’t have the score… It almost looks that the text object was deleted.
And if you run it from blender, does it shows the same issue?