“Blender Internal (render) just got removed from the 2.8 branch. Bye bye, you served us well!”

Yeah, heard about that a while ago.

I mean I get why they’re doing it, but I seriously hope this means they beef up the Cycles Toon shader a little bit to compensate for the removal.

There is a sizable NPR patch that just got submitted to the developer website.
https://developer.blender.org/D3205

Clement does have some reservations about it though, but he is open about committing at least part of it.

Yeah, I have reservations too, mostly the same ones Clement has, especially the part where they don’t work in Cycles.

but tis is the good direction

I like to think we did some nice work together. But times move on.
Cycles got faster and lighter and has the Principled BSDF and Eevee is looking amazing. Goodbye old friend.

Since we have shadow catcher already in Cycles, I can live without BI.

Sorry for those of you that relied on it for daily use…I feel your pain.

good new is you have other options still inside blender

Whoever’s idea was to remove internal render, THEY SHOULD BE ASHAMED!!!

Don’t you realize how much easier internal render was?

Who’s idea? Ton’s … you know the guy who wrote it.

So if the guy who brought us blender and evolved it so much over time with his team, decides that they dont’ have the resources to maintain it, and wanted to rewrite it from scratch (Eevee), i’m for it.

Do not that source code is available so anyone should be able to maintain it.

So I’m fully backing up Ton on his decision to remove it and concentrate on newer technologies.

While I’ve been a happy advocate of Blender Internal rendering for years, often to the point of hoping my past works would excite others to see what could be achieved within Blender, I am very pleased with Cycles and glad to be using it, as I did with BI, in fun and unusual ways.

Last year I made the jump, and I haven’t looked back.

Cycles does excel at photorealistic rendering, something I personally did not need for much of my work, but, as for NPR and stylized rendering, Cycles is incredibly capable once you get used to nodes (both materials and render nodes) and think a bit outside of the Cycles box - and even going beyond FreeStyle options.

Once I did that, I realized I could essentially do everything I did before, in terms of NPR renders, and then some, tapping into Cycle’s shader flexibilities and render strengths as necessary.

With Cycles + render nodes these days, I can do this… 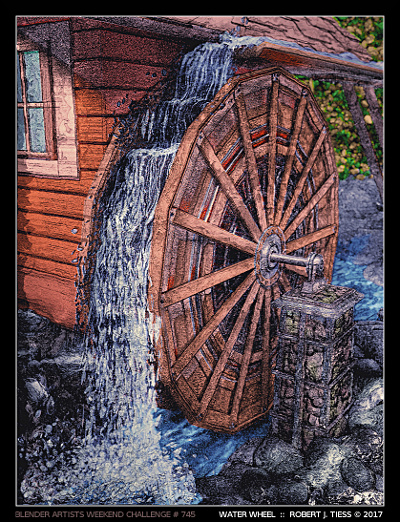 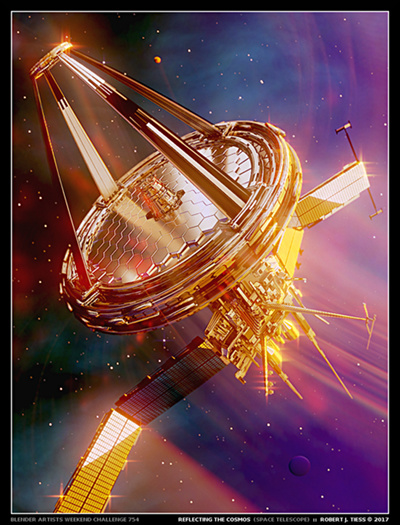 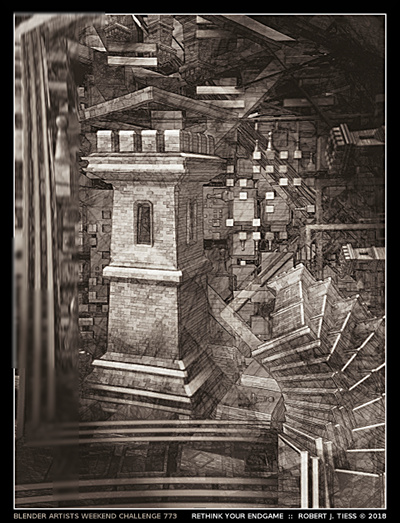 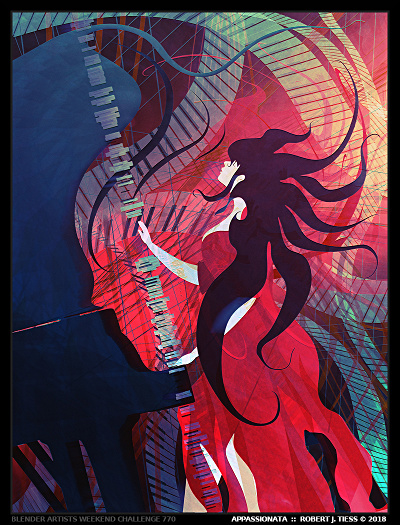 I post these so when I say, “Blender is capable of so much, and the prospect of having to learn to do something differently can be daunting if not alarming at first,” it’s given some context and substantiation, particularly from someone who was such a strong Blender Internal enthusiast.

It was a challenge, at first, but determination can take you very far once you move past initial concerns and gain some self-confidence!

The thing I would encourage NPR enthusiasts at first is to not rely initially or solely on the FreeStyle option. While they are wonderful to have, they can take quite a while to render.

I can also offer some quick tips to expedite NPR renders in Cycles:

Once I realized I could use Cycles in this optimal way and not be constrained to develop projects requiring high-end GPUs, I quickly caught up to where I had worked so hard to reach with Blender Internal, and then I began to do other things I couldn’t do as well before.

I hope to share more tips and experience and Blender files soon. I’ve held off on releasing shader settings and procedural texture examples because I don’t want to release a bunch of information which will would be outdated and virtually useless as of Blender 2.8.

I plan on trying a new Blender 2.8 build soon to see how that goes and to find out what else is going to change.

I also hope to be trying Eevee soon and see how that compares with Blender Internal and Cycles.

I wish you all the very best on this ongoing adventure of Blender!

@RobertT is like the Bob Dylan of BI. He took it to new and fantastic places, pushing his pieces’ style beyond Blender and CG into a new place. He has directly influenced me with his z-layered compositing technique. Keep on keepin’ on brother!

And Eevee seems too massive to me.

Cycles hair looks better there. It’s worth learning how to node and the flexibility afforded by them.
See @RobertT above for examples.

This industry and creative field is mainly characterized by a restless quest for constant innovation and change. If you decide to get deeply involved with it for whatever reason then you can be totally sure it will always be a continual shifting sand bank of different priorities,workflows and tools. It’s simply the nature of the beast. It’s highly unstable ground to a large degree. Although I actually think Blender is one of the calmer and more dependable Islands in this wild volcanic chain.

I get fed up with needing to re learn things too. But it’s always been like this and it’s hard to see that it will change. I think its best to try to cultivate a calm center and focus on universal timeless skills and ideas. And be prepared to always need to quickly get up to speed on new software and workflows. ( Much much much easier said than done however ) At least with Blender nobody is in danger of throwing big money after a software that is in any realistic danger of being abandoned and culled. I’ve been there years back and it’s not pleasant. Especially when even the dongle driver is abandoned. Blender simply seems to be making difficult changes now in order to get much better in the near future.

Me … I’m still holding doggedly on to Windows 7. I know it’s time to move on probably. And I should really look more deeply into Linux as well. But I’ve been very comfortable and I just want to be able to get one with my work in peace, dammit !

I also have a really ancient phone because it still works and what the hell. I’m attached to it now. It’s hard for everyone I think. All this constant innovation and change stuff.

Don’t you realize how much easier internal render was?

Yes, even making a paper airplane is simpler than making a real one, but if you want to fly you have to work a little and everything evolves and improves and changes, it took me some time to understand nodes and use it, I understand you, because I struggle to change, but with the new version you will have to adapt a lot.

Opinions. Once i learned Cycles nodes, back in the days, I found’em more intuitive and logical. Old shaders were clumsy in managing textures (stencils!)

I have made a few short animations that in Internal rendered in days where based on a single frame render, they would take months in Cycles and I suspect that other render engine would be pretty much the same. And here’s the real sticky point as far as I’m concerned - well used by someone who knows how to get what s/he wants - Internal in some situations produces better visuals than is possible in Cycles especially when seeking to achieve suspension of disbelief rather than just something that would impress grandma by its glorious unreality. Why not just leave Internal in?

Impressive use of 3D software.

BI is removed because EEVEE will be able to do all what BI could do, and more, and in relatively realtime.
Having BI in 2.8 is pointless.