Im having an issue with Blender 2.91 Crashing after the second frame of an animation, sometimes it goes a couple more frames, but its not common. I have tried two different scenes and I get the same issue. Blender will close without generating an error report log file.

My PC Specs are:

The scene will render using jus the CPU, but not Just the GPU, or both the CPU and GPU. The GPU RAM in the scene uses 19GB MAX (Of 24GB)

Any advice would be helpful! Thank you!

If you are able to reproduce the crash, then maybe you can get the developer team to look at it. The developer team would have to recreate the same crash on their own system. Otherwise nothing will get fixed.

I am able to reproduce the crash, as it happens everytime. What I’m unsure of is if it has something to do with my GPU, or drivers? Or scene?

The models im using are older models of mine and were created in Blender 2.80, so maybe that has something to do with it as well?

The same happens to me. Can’t use CPU and GPU combined when doing a render. It ALWAYS crashes. CPU by itself no problem. I have two 1050ti
Blender 2.91.2

How beefy is your power supply? This could cause random failures.

Mike, you may want to monitor GPU usage to see if your running out of video ram. On Windows use the Task Manager and check the GPU tab. 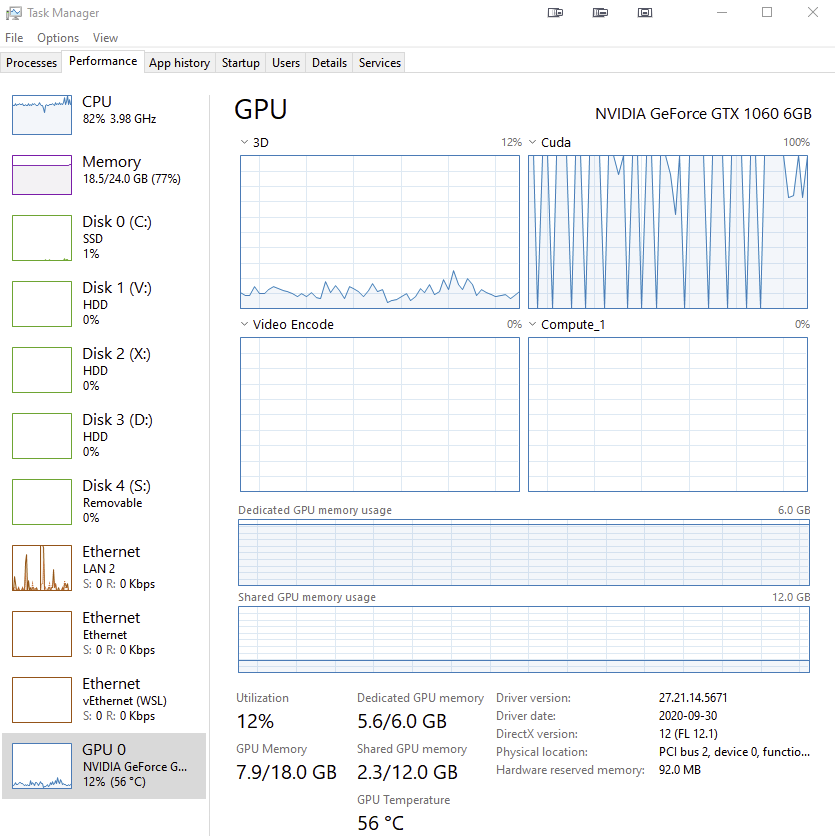 Do you have “Persistent Images” enabled in rendering->performance settings? If yes, try disabling it, I had some problems with that, it seemed that Blender was unable to handle larger images in VRAM when rendering animation and that caused crashes. I thought this was fixed at some point but not sure which Blender version it was.
Might check that later on my computer, maybe the bug is just back again?