…although not entirely new to Blender, but wanted to know two things

How can I round edges on a model (say a cube for example or the corners of an interior like the wall corners of a room…), Perhaps to clarify… I don’t mean to chamfer… I mean to really round the edges or corners like a fillet tool.

I can’t post any images here
I even can’t post a URL to my you tube channel
How am I supposed to show it???

How can I round edges on a model (say a cube for example or the corners of an interior like the wall corners of a room…), Perhaps to clarify… I don’t mean to chamfer… I mean to really round the edges or corners like a fillet tool.

Short answer is no.

Blender is extremely limited in this area. The bevel tool we have had for the past four years triangulates the mesh and doesn’t allow much option for defining number of cuts to the curve etc. However, one reason the devs haven’t actively addressed the area is because they’ve been working on Bmesh, or the ability for Blender to use ngons. This will significantly change the way a mesh functions, so they haven’t wanted to write better tools for the current Blender only to have to recode them all again when their code no longer works with Bmesh Blender later on.

Hopefully, the tools you mention will soon be introduced once Bmesh is in. This will be soon, as the next official upgrade is booked for April and Bmesh is already in trunk for that release. I’m really hoping they will then make a bevel tool which uses quads, allows number of cuts etc, although what will be is all pie in the sky until it happens.

Wait and see but… not much longer for these things to happen.

You would apply a subsurf modifier… and then use loop cuts to control the roundness.

So if you add a Plane, and then add a Subsurf modifier you’ll notice the curvature is inflicted. Then adding loopcuts to it will help add control to the amount of curves you want from none-to-some.

You would apply a subsurf modifier… and then use loop cuts to control the roundness.

Could you please give screenshots as to how this technique would result in a cube with rounded edges? To my thinking it would end up with a ball with lots of edgeloops needing to be deleted: not fun on more complex models.

Could you please give screenshots as to how this technique would result in a cube with rounded edges?

Lols - thanks for linking the question to an hour long video.

Actually, I’m fairly impressed with the technique in terms of the quad-based edgeflow it maintains; something which is missing if you (by comparison) use the current bevel tool.

So to save watching the whole tutorial, here’s the simple steps of the relevant stuff: 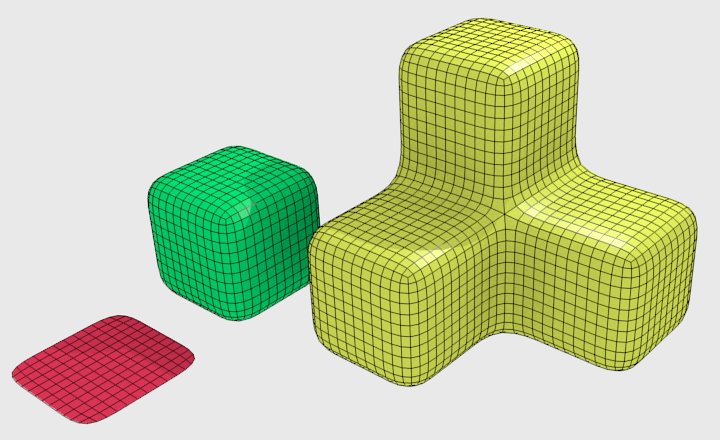 It still has one of the problems I mentioned last post; lots and lots of unnecessary edgeloops which I would prefer were not there. Does anyone know of an efficient way of deleting redundant edgeloops (flat edge ones which aren’t part of an edge curve).

The final result should be more like this, but without taking an age to manually delete loops one by one (which is what I just did); 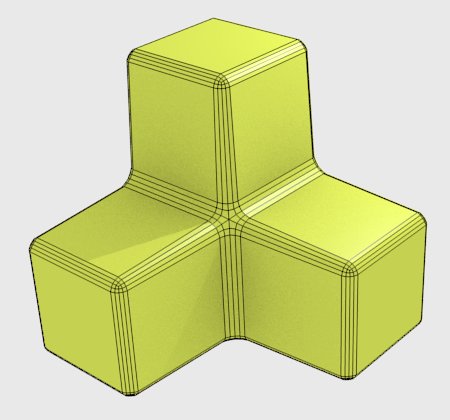 You can collapse the edge loop.
Go to edit mode and alt and right click to select the loop you want to collapse.
With you curser in the 3d window hit the x key
It opens a window select edge loop click.
It will delete that selected edge loop. It seem you can do one loop at a time but have a look at this thread where some are talking about work arounds.

Hi, I am trying to delete multiple edge loops. How can I do this? I tried pressing X -> Edge Loop but this only works with only one loop. I’m sure I’m missing out something really simple since I’m still new to Blender. Thanks in advance!