Blender Not Rendering. C++ Runtime Library Error or Something

Hi, I’m having a render problem. When I try to render my scene it doesn’t render, it says processing nodes, etc. on the top bar but no image is processed. After 20 minutes or so a message pops up from Microsoft Visual C++ saying an error has occurred or something. I’ve copied it and I’ve written it below.

This application has requested the Runtime to terminate it in an unusual way. 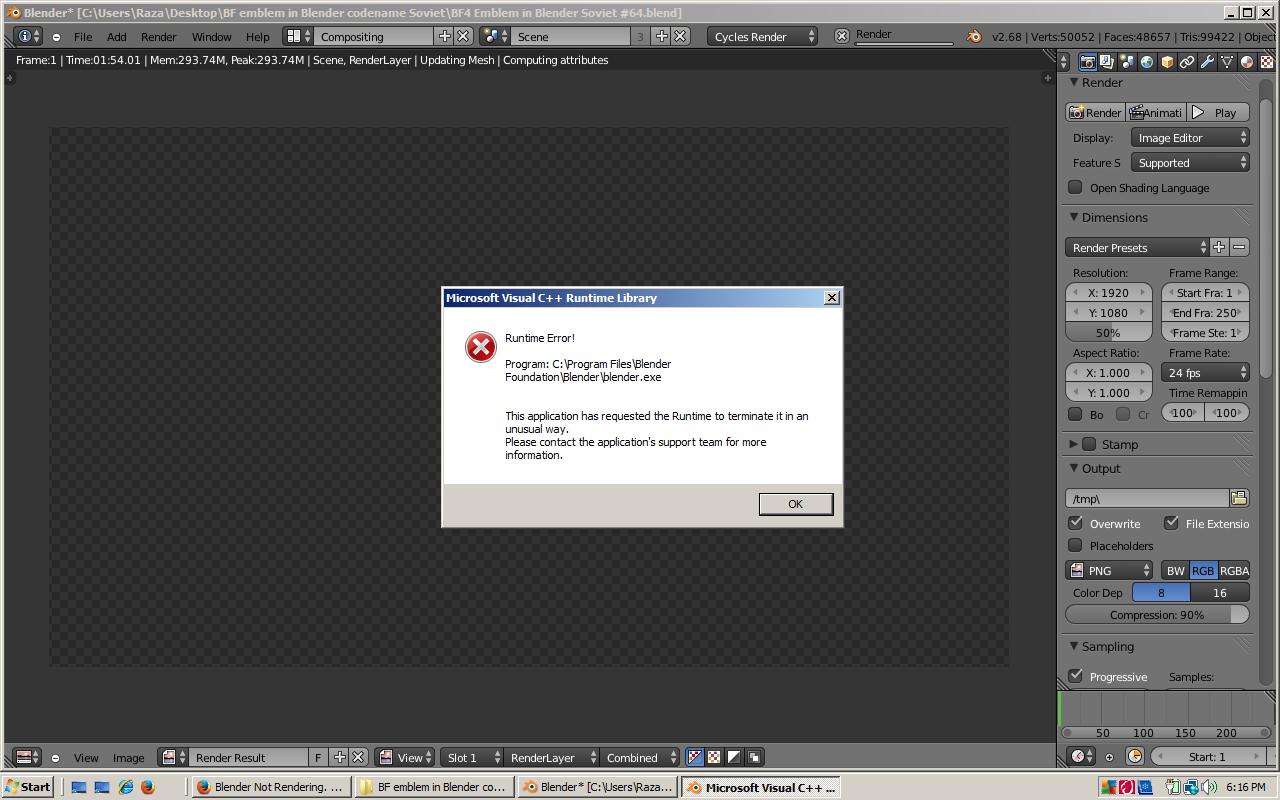 I’ve restarted my computer but still it happens. For some reason it’s only happens with this scene. I’ve loaded a previous scene of the same blend file and that rendered fine.

Anyone know what the hell is going on??

I really don’t want to post my blend file as it would be public. If it’s really necessary that you need it to figure out what’s wrong let me know.

I would assume you’re running out of RAM. But on the other hand: At only 50.000 polys?
What are the system specs of your machine?

Just yesterday I did a render with double or triple the polys. I had subdivision surface enabled on almost all objects. 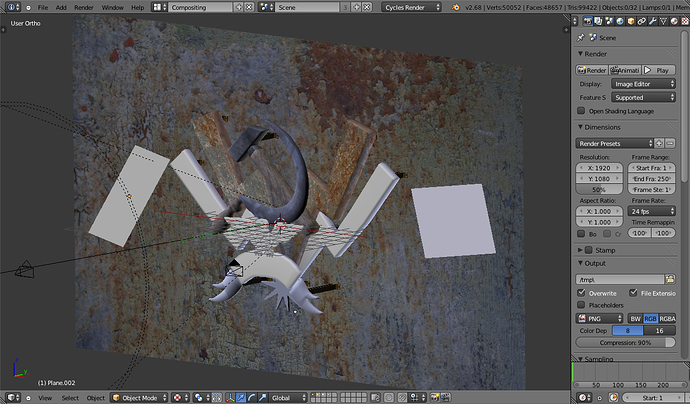 The scene isn’t too different from my other emblem.

There you have it: 1 GB RAM - Windows XP itself = 305 MB left. Look at your first screenshot: When Blender crashed, the memory consumption was almost 300 MB…

With so scarce RAM, every additional image texture / object can make the difference between a successful render and a crash.

Dammit. If I delete some programs and things could the physical memory increase?

You can try to disable running background processes through the Task Manager, but I doubt that it will gain much.

One thing about textures:
A texture image might only use a few hundred KB on the hard disk, but that’s because of the image compression. In order to work with that file data, any graphic application has to have access to the uncompressed pixel information. Therefore an image texture of 4.096 x 4.096 pixels in RGB suddenly consumes 48 MB of RAM (and that has to be unfragmented continuous memory space). Do the math: Four textures of that size will add up to 192 MB RAM alone…

My point being: Can you reduce the resolution of your image textures?

Ohhhhh… many of the textures images I’m getting are from CG Textures and they’re all medium or large files. One texture is a 3456x2304 2.20MB, and is a JPG file. So if I use small to medium size images the render should be less likely to crash?

Well, at least the memory footprint will be smaller… Only testing will tell if that’s enough.
Why don’t you try and reduce the resolution of the textures by half - one at a time - and try a test render until it works?

How do I decrease the resolution of an image in Blender?

Not in Blender. I’m sure you have some kind of image manipulation software on your PC - GIMP, Photoshop, etc. If not, get IrfanView, a lightweight image viewer and converter.

You open the image file in IrfanView (or whatever), change the size and save it (under a new name, preferably). After that you assign the image with the lower resolution to your materials in Blender.

Ok; I’ll do that. Thanks for the help man. Really appreciate it.

Hey, no problem. Here’s an overview over the important settings in IrfanView (if you opt to use that)… 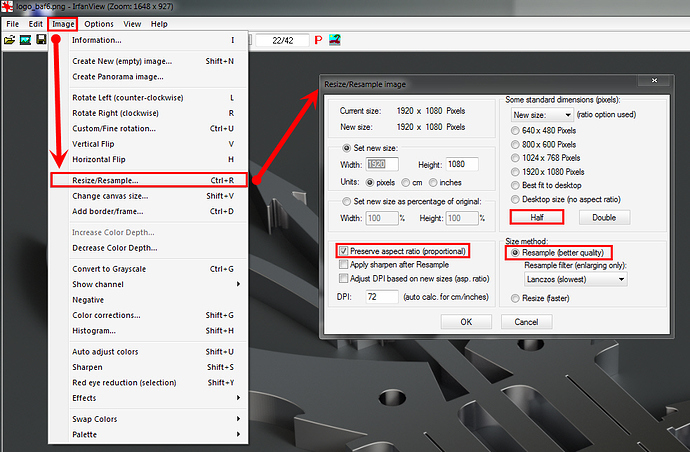