Following the announcement of BlenderGuru’s new competition based on the theme of characters, I started to think up a concept and begin working over the weekend. My concept is a warrior who has scavenged different aspects of nature and animals, such as horns and antlers, and used them as armour.

So far, this is what I’ve got: 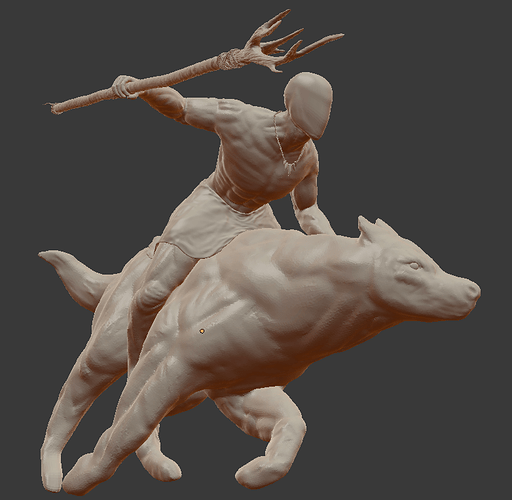 Comments, questions, ideas, and constructive criticism are very much welcome!

Here are some closeups of the spear. Not all of the detail will be visible in the final image, being so small, but I’m happy with how it turned out. 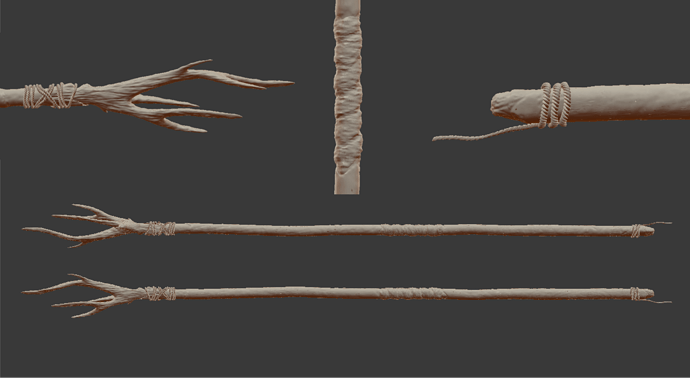 IMHO an amazing concept with outstanding modeling and I’m liking the composition here also except for the square format of course. I take it that was made square for the forum here since square is more or less a static format. I’m also loving the foreshortened spear. Heck I would even like to see that more extreme if possible. Very nice concept that’s coming along nicely from where I sit.

Awesome and a very dynamic pose. Love it so far.

Maybe it’s to early to comment on that, but the anatomy of his arms needs some redefinition. The deltoid muscle of his right arm is to short and the transition into the biceps isn’t right. But as I said I know it’s an early stage.

Thanks! Of course, I will not be rendering with a square aspect ratio. An entire environment will follow, perhaps with motion blur to emphasise the movement of the rider. I’ll keep working!

You’re absolutely right, the muscles need another look at. Thanks for the comment! This is one of those projects where I can really just go at it.

Great work you made there

Personally I would try to make the head of the spear from another material - so it would look like it was not meant to just scratch the opponent/prey. I do love the way it resembles with a grab gesture (in fantasy/magic words - it could physically grab and smash)
Keep up the good work!

Working a bit more on the character – fixed some basic muscle problems, added some subtle veins, and decided a beard would make him more gruff looking. Any thoughts? 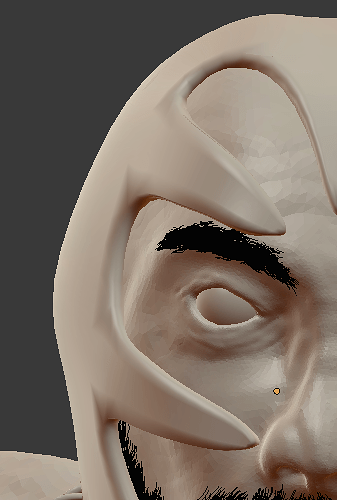 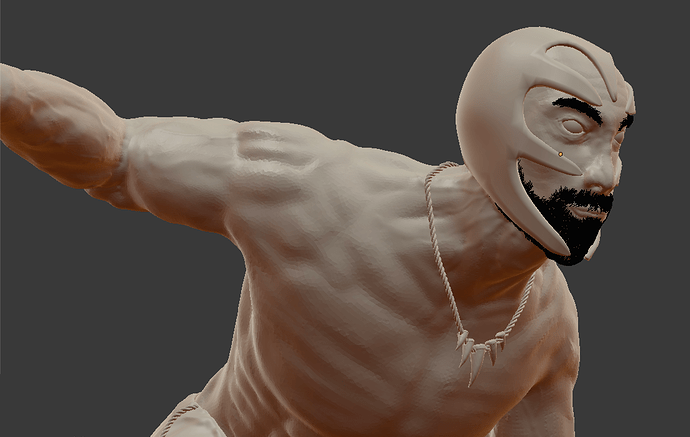 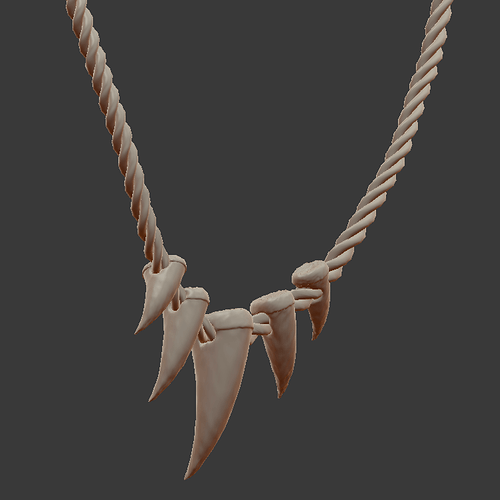 I think you need some more emotion in the facial features… He seems kind of flat atm. Good muscle work! I think squinting the eyes might help a bit to construct a bit more emotion, as a tip!

The anatomy of the head isn’t right in many aspects - assuming it should be a modern human. He needs a more pronounced forehead, the outer corners of the eyes are pulled too far to the back side of his head. The eyes are generally too much sunken in, compared to his nose bridge, which in turn could be a bit more curved inwards. Would be good to see him without this helmet, to have a closer look at the other areas of the head.

The anatomy could be improved but I must sayed I wasmore fascinated by the pose than the little issues around your character.
It looks very promising and dynamic, keep it up!