There’s an Image Sequence node with a image sequence loaded, this is duplicated 3 times using blur and alpha over.

Is there a way to not have to duplicate the Image Sequence node 3 times?

Any other tips with this method? 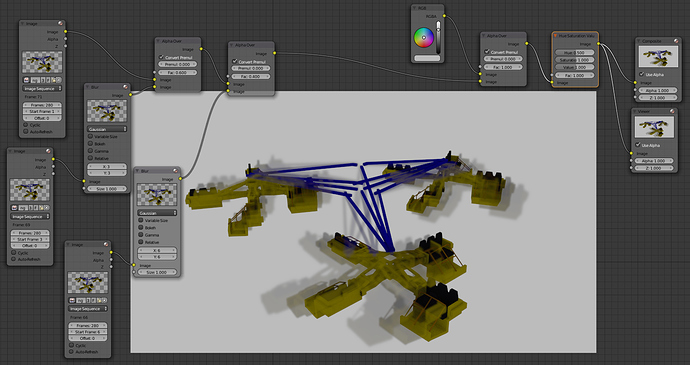 Sadly the composotor is not temporal aware. You cannot itterate frames any other way (no echo effect).

Cheers, may actually get me around to trying node groups…

I’m not sure I understand what you want to do. If you want to blur something using a blur node is pretty straightforward!

You could create fancy masks using filter nodes and make cool effects. It really depends on the concept as e.g. you can animate the blur in the compositor etc

Anywayz, a hackish way of doing this would be to create the composition you want in the node editor (name the scene A) and then duplicate it, and name it scene B. Next create another scene which will be our video editing scene. Import the two scene strips and place one on top of the other --order shouldn’t matter as they’re identical. Then offset the top strip by a few pixels, again depending on what you’re really after - cf screenshot for a silly example with the opacity of the top strip set to ~.60. If your sources contain alpha data then you don’t even need to change transparency, mine didn’t so… 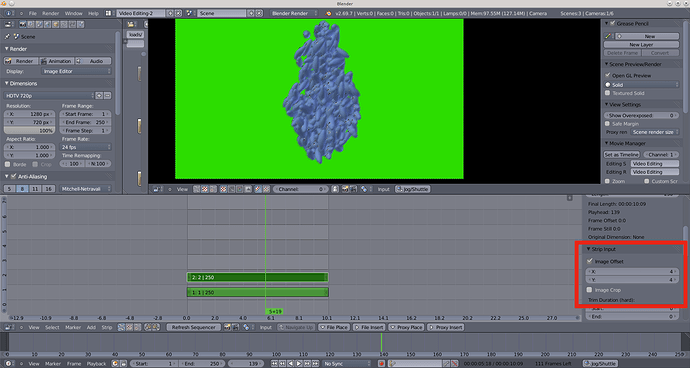 Friend,I am not sure what you’re coming to say. But if your intention is not to have three duplicated image sequence nodes just try it the following way.

You need not duplicate an image sequence node three times to give input to three different nodes. A node cannot accept two or more inputs, but can give more than one output… happy blending… 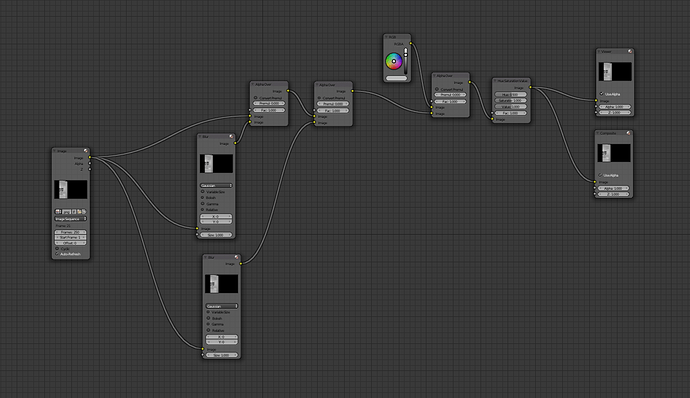 You can easily split the output from one node but you cannot vary the start frame offset of each split. The only alternative is to dupe the input node then change the parameters of each successive iteration.

Had an idea on the way home, but can’t plug into an Image Sequence… off to look at node groups…

You can easily split the output from one node but you cannot vary the start frame offset of each split. The only alternative is to dupe the input node then change the parameters of each successive iteration. How about this? With the mix node set to difference for frame 1 the result is black (i.e. identical inputs) but when the offset in the bottom node is set to frame 2, the node detects the changes. Wouldn’t this allow for taking into account temporal changes? 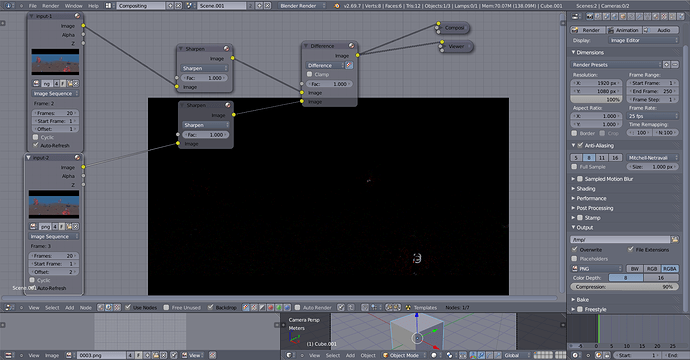 Of course all this would be easier to tackle if the end goal is somewhat clear, something that still eludes me

This changes the offset so the first first mix node uses frames 1 and 2 as inputs, while the second mix node use the output of the first mix node (frames 1,2) and frame 3. I’ve blurred it only a tiny bit. The effect is very noticeable in the creature at the bottom right part of the image as it enters the camera view in three sucessive frames. This only works wherever there is difference between the pixels for the two input frames.
Is this what the OP was after? 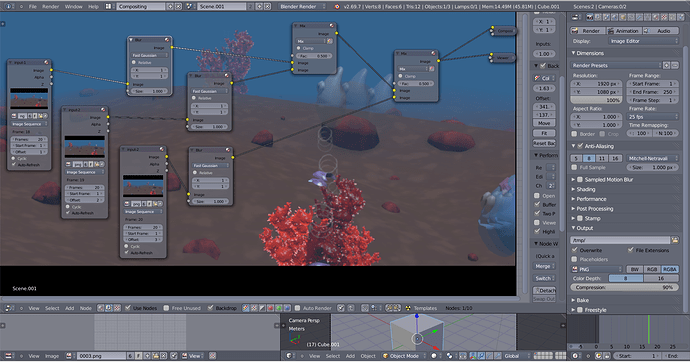 Avidfish I am thinking that you could try defining a node group with a node input built in (including blur if you want) then use a driver on the frame offset (or frame start). The driven value could be an external value that cascades (increments) as you add duplicates of the node group.

Blendercomp, it looks like the OP wants to recreate motion blur with pre-rendered images. No access to vector pass.

After creating an image sequence (25frames) I imported the sequence in nodes.

[INDENT=2]3. Then add a driver to Image Sequence Node’s Offset frame value.
4. In the driver curves window I set the Type: to Sum and deleted the original variable.
5. Create a new variable property and set it to Node type, then choose the Node group we set at step 2.
6. In RNA Path, paste the earlier Data Path from step 2.
7. Add a modifier to the driver, type: Generator.
8. Change the value of the modifier’s x value to the frame offset you want.
9. Take this output and send it to a mix node set to 0.5.
10. Collapse the Image Seq node and the mix node into a group.

[/INDENT]
11. Duplicate the group. A bug means you cannot access the driver info from inside a group. So ungroup and change the modifier’s x value. Re-group the nodes again and chain them with the earlier one.

Do this for as many echoes as you want. Blendercomp, it looks like the OP wants to recreate motion blur with pre-rendered images. No access to vector pass.

That’s precisely what I did!

I’ve used an image sequence with no motion blur/vector pass included. Haven’t looked at your solution yet but this is also what I’ve accomplished by simply changing the offset value

#3point: interesting recursive solution. Scripting would really be handy in such a situation.

Btw, I don’t really know what the OP was after, but this is certainly not the way to do it