bones in the game engine problem

i am making a game and i have a character which i have set to dynamic but when ever i press p to play the game my character flys off in to some random direction, starting off slow then getting really fast.

according to your thread title I assume you talking about an armature with a skin mesh object.
In that case make the skin object “ghost”. Otherwise they will interfere with eachother.

Hi. I think you have enabled physic on your mesh an on your armature, so the physic of both objects are interfeering. So you have to make your mesh static and enable ghost. But I think is better to make a kolision box around (parent it) your character and make the mesh and the armture as ghost.
Look at this video. http://www.blendercookie.com/2010/05...engine-part-2/ Time 8:05
The videos are made in Blender 2.5x but it works that same way in Blender 2.49b http://www.blendercookie.com/category/all/tutorials/game-engine/

oh wait i sort of fixed the problem but when ever he land on the ground his body if half in ground and the other half is out. this is wht i did. i set both the bones and skin to dynamic and i set the skin to ghost and i set the bones to actor. anyone know how to answer my question 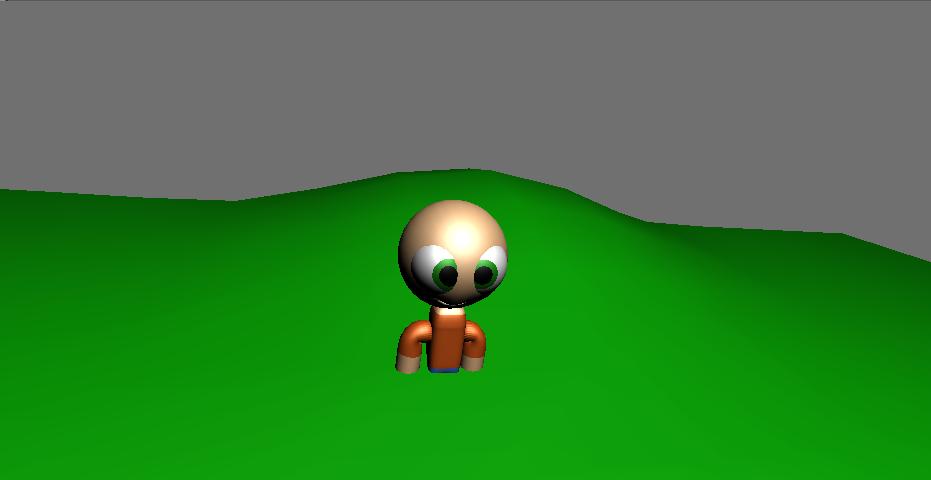 I don’t konw a rigging tutorial (with movement) for the game engine in textformat.
When you select the bones you see a circle this circle must touch the ground. So you can change the size of the circle by changing the radius in the dynamic settings.

But here is the better way.

No with mesh I mean the mesh of your character. I take a dmills free animated human (can be found in the recources forum http://blenderartists.org/forum/showthread.php?t=139136) and modified it for you. So you can walk around.
CharacterKit.blend (636 KB)

Then you have already a parented the bones to the mesh. This message comes up when you try to parent now the mesh to the bone. If your bone animations are working in the game engine, you don’t need to parent it again, you can go to step 4 and parent the cube to the bone. You must first select the bone then the cube, then hit Ctrl+P. The order is importend. If you have parent something wrong, you can unparent it with Alt+P.

awesome it worked!!! thanks HG1