I have a problem with a globe model, that I found on the internet and which I wanted to adjust. So I want to have two different objects. One shows all the mainland (the right one on the picture) and one shows the sea. The two objects combined should fit perfectly together and become a sphere.

So if i would print the two objects the mainland could be attached to the ball. I found a blender file on the internet which looks like the mainland of the earth. So I added a sphere to it, sized it to the diameter of the mainland object and then I used the boolean difference tool. This worked perfectly fine but when I shade the object smooth, everything doesn’t fit together anymore. I tried to set some verticles sharp but that doesn’t work to. I just need to have a smooth sphere, that is has some holes that are shaped like the mainland. Does anybody have an idea how I can adjust the model so that I get that?

Thank you for every help! Please upload the file and I’ll fix it. 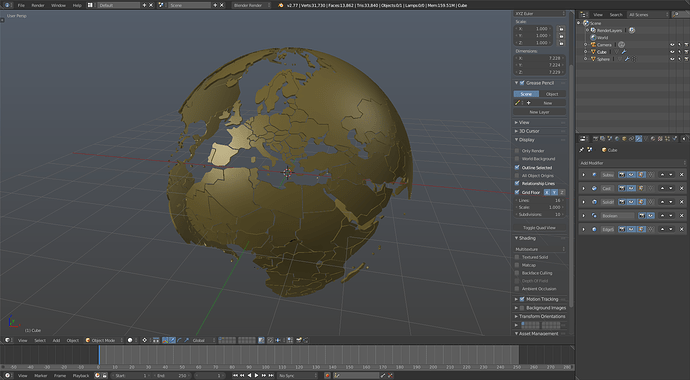 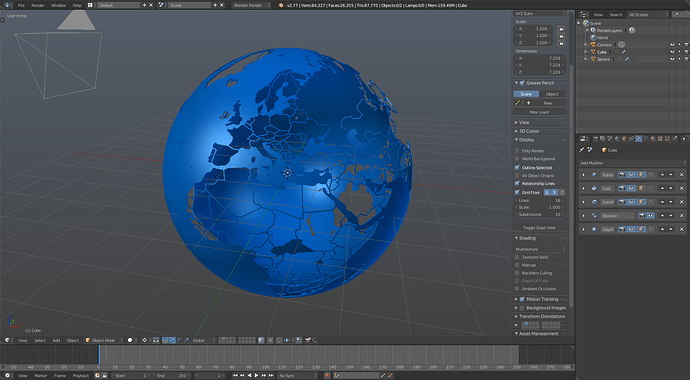 Wish I was informed if you saw this or not, I’d appreciate any feedback.