BWC moving too fast can cause accidents

11 days to deadline and I have just discovered this contest. I like a challenge, so with my limited knowledge (downloaded blender just over a month ago) and an idea I am on my way.

The idea is simply an unfortunate moment, just after bouncing off the airbag in a collision. Everything is airborne and viewed through the lens of a flying off pair of sunglasses. Contemplating incorporating a cell phone or a cup of coffee (every object tells a different story.) There should be smoke (from the airbags) and lots of little flying bits.

This requires learning in the fast lane. I’ve been experimenting with materials and modeling so I have somewhere to start, but smoke, particles, motion blur and rendering are all new.

Here’s a first shot - mostly worked on the sunglasses but have started to block in airbags, dashboard, rear view mirror.

I got one reaction to this by a friend who just couldn’t figure out what was going on. Turns out he made the assumption that it was the driver’s point of view - he thinks that might be a fairly universal perception. I’m not married to the idea of it being a passenger viewpoint, just thought there might be more clues to being in a car if the viewer saw a bit of steering wheel and more dash instruments. I’m realizing the advantage of switching to driver view - the passenger airbag doesn’t deploy if there isn’t anyone there and we will be able to see more environment.

I just found a low poly car body model (by Clark R. Thames) that can help provide a quick idea of where everything should be.

I have a question about motion blur vs. vector blur. Since everything in the shot including the camera is in motion will there be any advantage to using vector blur? I saw a post talking up it’s advantages. I should decide this right away since I have to learn how to do either one. That is unless I decide to go with the commonly described time-slows-down-in-a-crisis perception and everything looks tack sharp. Thoughts on that? 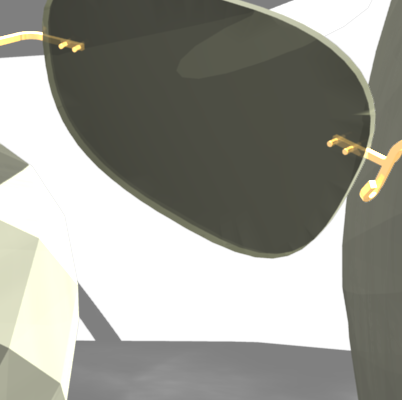 Interesting concept, and surely a good challenge for someone new to Blender at the least. Even if you don’t make the BWC deadline, I’d suggest finishing this no matter what. My idea after reading your post was to have the entire scene reflected in the sunglasses. Originally I thought that was what you were going for until I saw the render. Having everything reflected in a pair of mirror shades, to me, just symbolizes the entire theme of this BWC challenge. A moment in time, captured in a reflection, as if this tragic moment was belittled to an inanimate objects point of view.

Either way, I’ll be interested to see where this one goes.

I do like the idea of the crisis-moment time paradox. Everything in the vehicle being in clear concise view while the environment/world outside is a blur of colors, reflecting the fact that realtime has distorted.

I’ll give some thought to your mirrored point of view idea, it might add an out-of-body experience on top of everything else.

Did a quick experiment with the point of view reflected in mirrored glasses and another through the dark lens. both from the driver’s side view.

My first reaction is that the mirrored version has a more detached out side of the moment feel. It also has added a bit more complexity seeing into the back of the car around the glasses and distorting and shrinking the front of the car reflection. So I’m inclined to go with the tinted lens view.

Background image and red auto body are just to get a feel for the composition, don’t really have a place and point of impact yet.

I’d love to have something coming through the windshield but that contradicts most accident scenarios I have come up with. 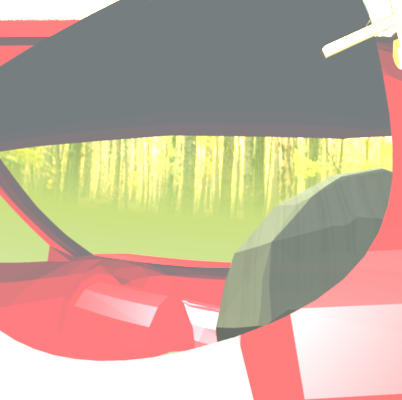 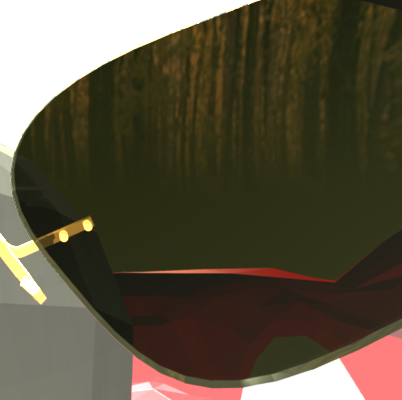 Why does it look so grainy?

Not sure why it went grainy. It was fine in preview and blender here. It was a png, here’s the latest try as jpg. 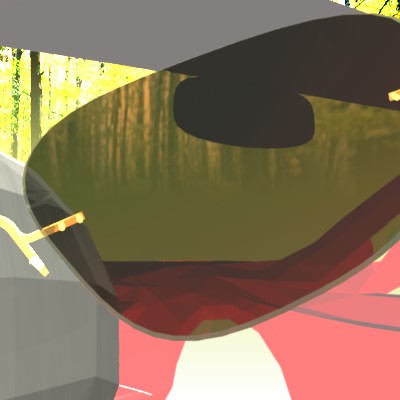 NIce concept, but your renders aren’t coming well on this site; I think this has happened to others as well, but it worked for them on other image hosting sites. Maybe you should try it out. I suppose the last one looks better.

Sorry this thread petered out. It was either make the deadlines (work as well) or make the posts. I’ll add a bit more soon. I’ve submitted my image. As I thought it was a struggle since practically everything was something new for me. I tried out, UV mapping, NURBS, motion blur, compositing, multiple materials on a mesh, cloth simulation, shape keys, area lights… it goes on. Thanks for the challenge.