Some changes to an old render. 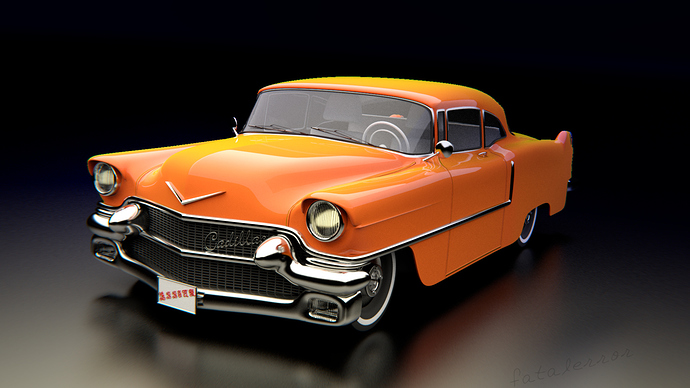 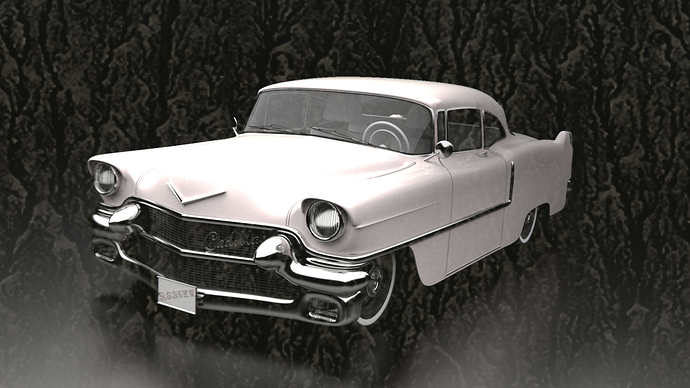 I found your previous thread and I have to say that this is a vast improvement on it. I don’t like the overlay on the second render though.

I will agree with you.I wanted a oldish look for the second image but i am not pleased with the result. Thanks although for your comment.

Isn’t that a chevy bel-air, I am sure that chevy and cadillac are different marques.

In a google search i can see that model is a Coupe de Ville.I am not a car expert or enthousiast but its was a request so i only searched it.

Oh, I never seen an old version of this car. I would have said nice render but man you have some aliasing issues on the car and some serious noise in the interior I think perharps you should sort them out and than reload.

The model looks good though, but add some supports to the head rest because I can see them floating with what looks like nothing holding them up.

I guess you are right, thanks for mentioning them.I will reload a new version.