I’m new here. Yesterday I’ve installed Blender and I got to say I like it. Worked (better “played”) with C4D before, but I wanted to try Blender.
So here you can see my first steps in Blender. Gonna create a camera bot. The leg will be duplicated 3 times after finishing details
Rendern in Yafray.
Critics are welcome. 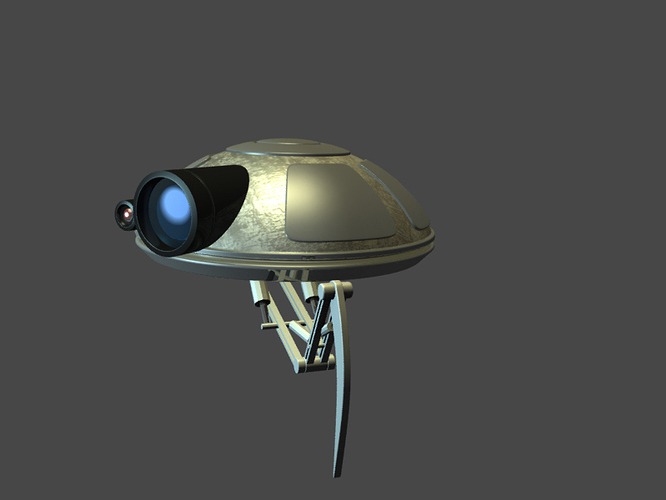 First steps in Blender, you sure? lol, Good start. I think the black texture for the scope is a bit out of place

Ah yes, I’m sorry…it’s of course my second model…first was the cube, too.

i agree with DarkWhoppy… the black texture is a bit out of place. but you could fix this doing the cam do not appear directly from the body… something like a little extrude where the cam go out from the body…

Without a doubt, a great begining

same here… over all well done, i really like the turtle top thing. harhar

I just can’t believe that this is 1st image. It took me days to understand the gui.

I think you misunderstood me. Of course there where several test and stuff with cubes and spheres and so on. But this is my first real model. Thats a different for me. No footballplayer says he makes his first game, when he kick his first ball in his life.

I will change the scope this days, thanks for the tips.

Hi, its me again. And I need your help. I want to create a hose, how can I do that? In C4D I was used to draw a spline and create a sweep.
Thanks for your help :yes:

I did this ages ago with a 3d bezier curve and a profile, but I forget how… something to do with dupliframes I think. I’ll do a quick search in the manual, it’s probably in there somewhere.

EDIT: http://wiki.blender.org/index.php/Manual/DupliFrames sums it up…

Cool thanks a lot, gonna try it today.

So here’s my development: 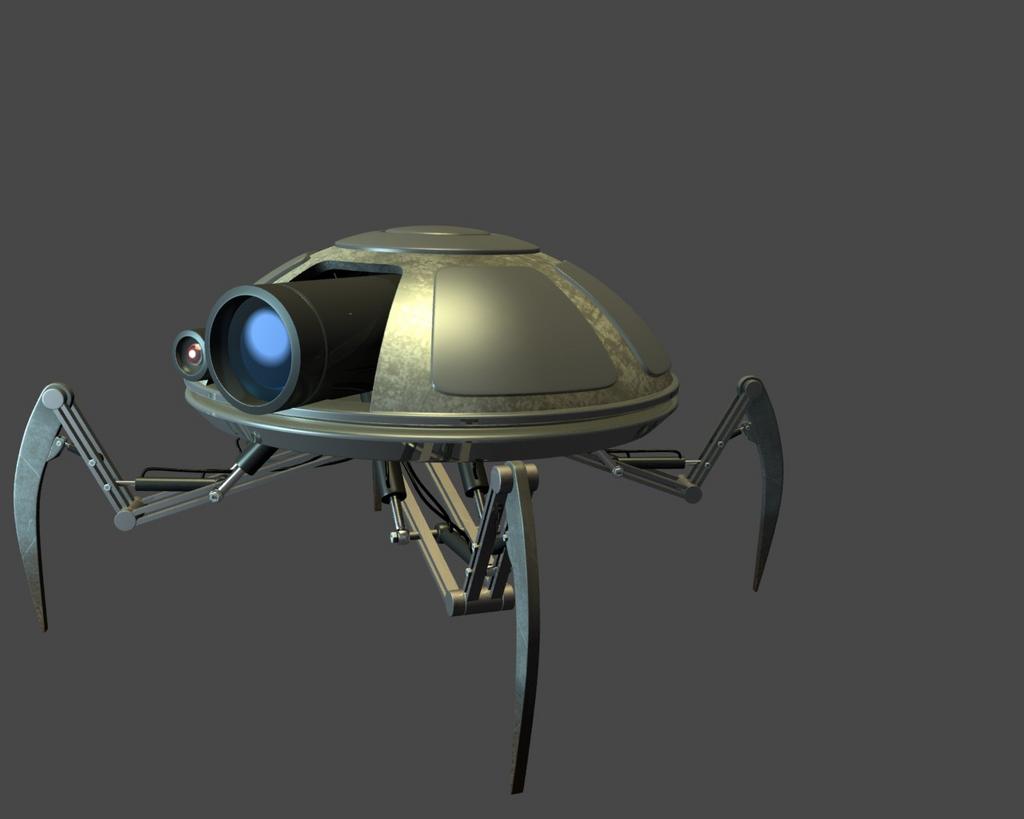 Next step will be an ground, but i have my problems with that. I think about a sandy ground and camera with DOF. 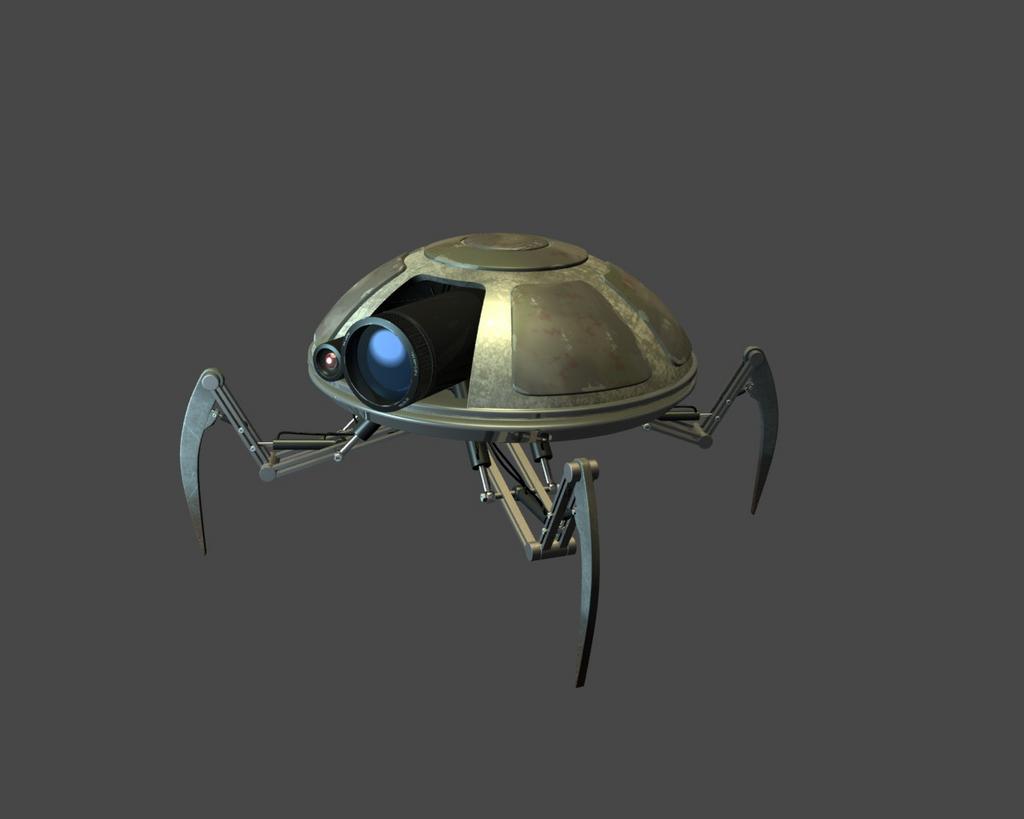 I think the blender equivalent to drawing a spline and sweeping it (at least, as far as making hoses is concerned) is drawing a bezier curve, and adding a bevel object [Bev Ob] (I usually use a bezier circle.) Scale the bevel object to change the size of the tube. 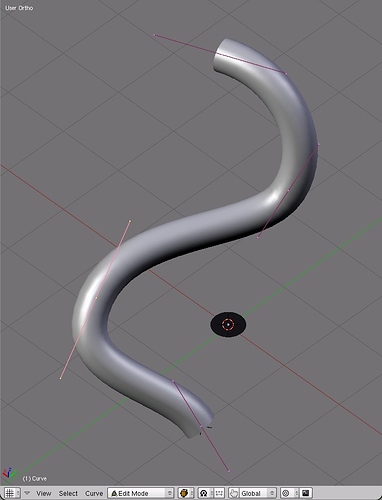 This is a quicky hose, a bezier curve extruded twice, so it has four control points, and a small bezier circle (the disk surrounding the 3d cursor.) The controls are in the editing buttons, Curves and Surfaces panel. Be sure to select the 3D button if you want to move the hose off the plane it starts out on. It doesn’t matter where the bevel object is, so you can hide it inside the camera bot, or put it on another non-rendered layer. It does matter, however, where the bevel object verts are in relation to its object center, so when you move it to hide it, move it in object mode, not in edit mode (Try it in edit mode to see what happens – you can get some interesting effects.)

The camera bot is very cute. I like it. Very good work on texturing, btw.

Are you planning on animating the little bugger?

Oh hi, and thank you for the sweeping introduction. I did it the same way, found a tutorial in the web.
Maybe i gonna animate the bot, but before i can do that i have to learn a lot about animating, cause i never did something like that before.
Ok, good night for today.