I am trying to import an image (png) with he size 3000x1915 px into blender, using import imges as planes, however, I can not view it in the 3D view, it just shows a plane, I guess it’s because it’s to large (?), cos when I make it half he size, and import it, I can see it.

A screenshot would’ve answered these already but are you using Blender render as render engine? Do you view the plane in textured mode? Does it render (F12)?

A screenshot would’ve answered these already but are you using Blender render as render engine? Do you view the plane in textured mode? Does it render (F12)?

Yes, the image renders fine, I’ve tried switching the render engine (blender/blender game/cycles), but this doesn’t help.
I view it in texture mode (I have no problem with small pngs)

ok, found a… “solution” that also shows that this must be some kind of bug:
If I first open the large png, it will, as said, only show a plane
if I then resize the file (in gimp) to a size that works in blender, and give it exactly the same filename, import that into the same blenderproject, the first, large image becomes visible…

I can then remove the smaller image, save the file, open it again, without any problem.

This seems… I dont know, but I’ll report it as a bug, and try to explain better.

I can’t reproduce that behaviour 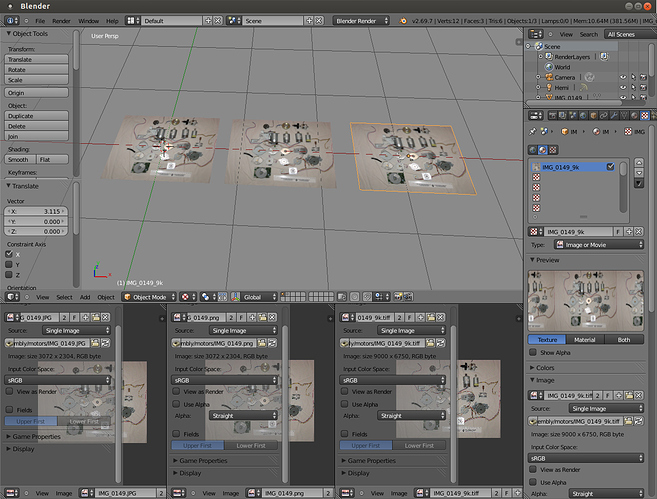 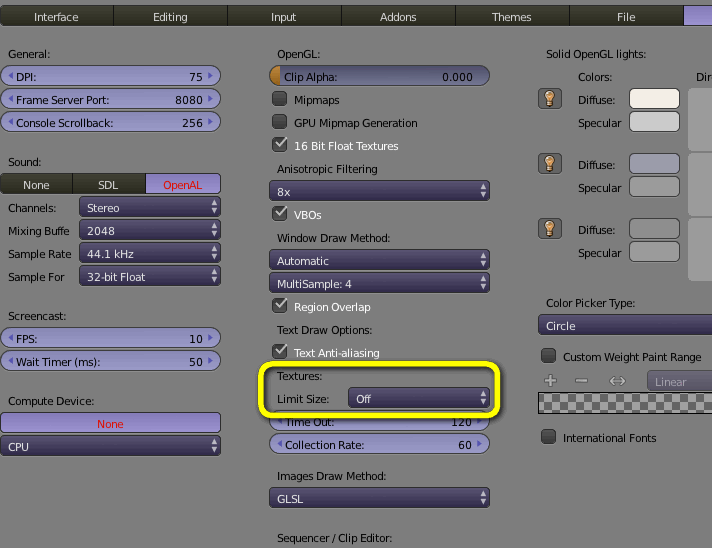 I checked my version, and updated to the newest release, solved the problem!

Thank you all for the help!