i have imported a huge assembly into Blender via 3ds. Now all objects have its origin at the global position 0,0,0. Now i want to attache a carbon fibre texture to some parts, and here i need some advice. The image shows the texture with mapping = generated and projection = flat. You can see that the texture is distorted on some faces. I assume the reason is the objects origin position and orientation, right?? The amount of carbon fibre parts is huge, about 100 parts. So is there any simple way to attache the texture? I hope i dont have to translate and rotate the origin of every single object, or even make a u,v mapping for every single object…

(i know the texture looks strange at the moment. I made it big, so you can see the distortion. ) 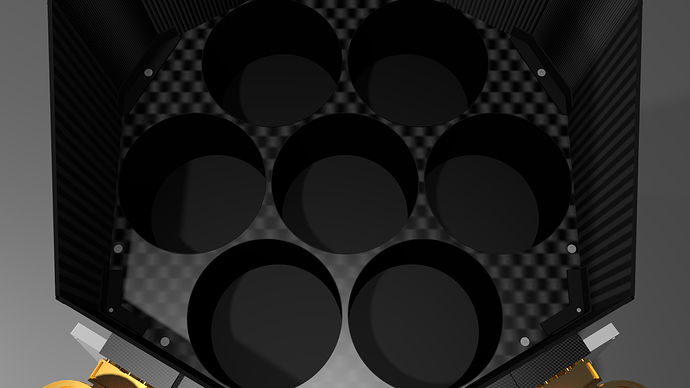 Straight from the wiki :

Maybe box mapping will help.
And for the origins, you can select all your objects at once (pressing A), then pressing Ctrl+Shift+Alt+C you can change the origin of the objects (to geometry or center of mass).