I’ve decided that I want to put some serious effort into a serious project. I’ve begun modeling the head of the character of an animation. I want this to be an old man who is in our future. He is a bit old fashioned, even for our time, since he will be wearing an old three piece tweed suit. I want him to look old, but bright and alert, hence the small eyes. I want to try some hair, but have not had much success in the past with it. Hopefully I can learn through this project. Since this is Focused Critique, and I like to follow the rules, here’s the whole set of pictures. The picture is with SSS and AO. I really really like how the SSS looks, even with the base settings, but it will simply be too much rendering time, unless someone can tell me how to optimize it a little bit?

Tell me what you think! 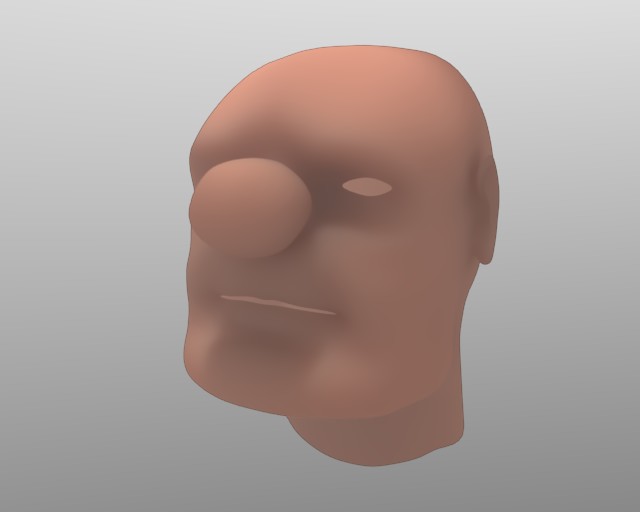 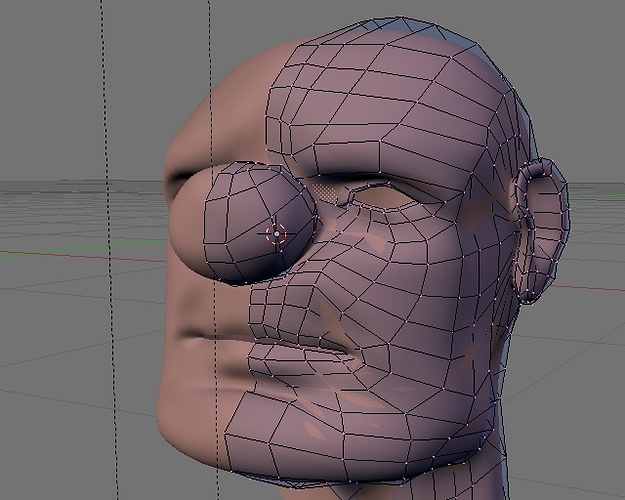 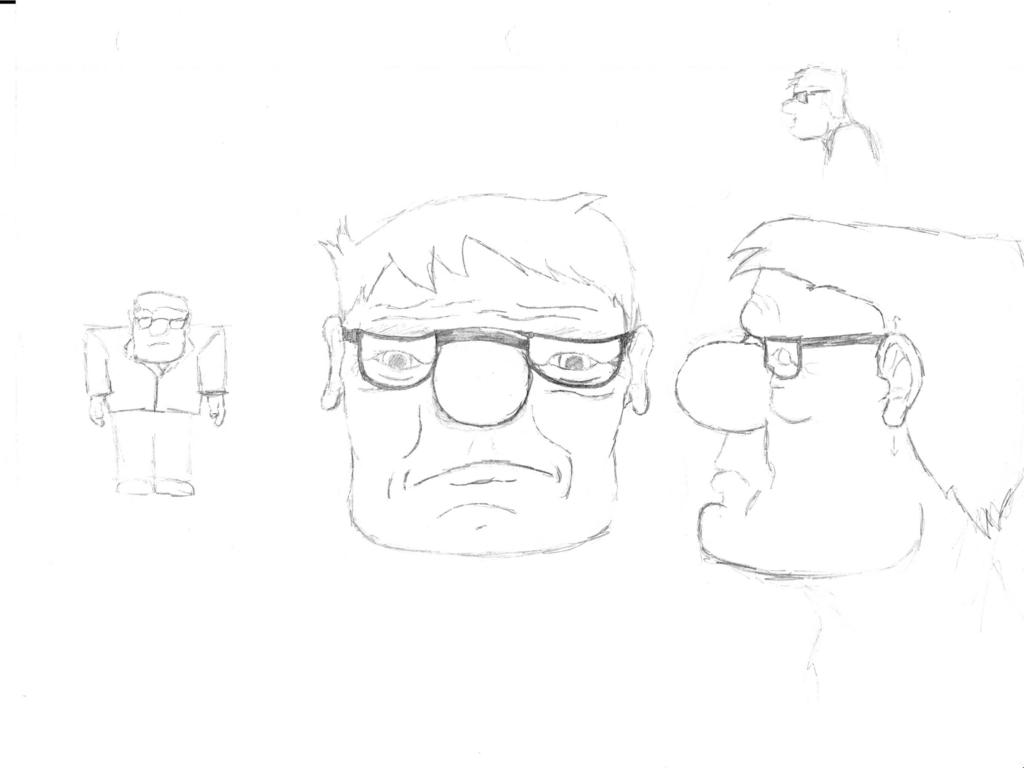 A quick hair update. I am very pleased with how the hair turned out, this is with the settings on my first try! However, I am still very open to suggestions. Also, a quick question, is the model ready for sculpting? I am not looking for too much realism, however I want the finished product to be good to look at. Thanks! 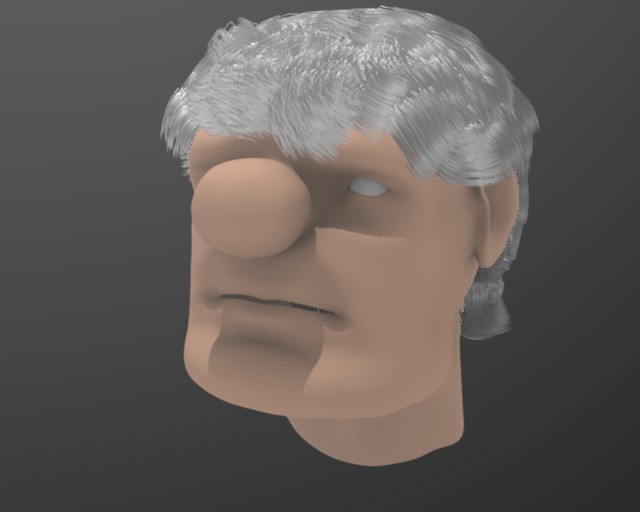 pretty good. the nose looks like a clown nose, not really attached to the face just stuck on. u might want to work on that; unless thats the cartoony effect u were looking for?

the ear looks a bit unfinished still, the odd bulge on the front middle edge looks strange, the hair looks a little to much like seperate particle systems with all the combing going on, theres no blending between directions, and the face over all looks like a 30-40 year old, not a 70year old. you need to weather his face a lot more, but it looks like the basic structure is on the mark for sure. I definitely would be sculpting by this stage, moving points around on an organic mesh is so tedious!
nice going

Another update, with much progress. Haven’t had much time for posting, but evidently enough time for blending : ) Yeah, when when I posted last time I was still working on baking the normals on the high poly head. Now I have baked normals on the head and hands, and I plan a color map for the hands. I want to use simple planar environment map reflections to save on render times (he will be in an animation) but I am still a bit confused about it. What is up with the odd reflected lines coming from his feet? Can anyone enlighten me? So, eyes still not finished, actually not even started : ) Tell me what you think! 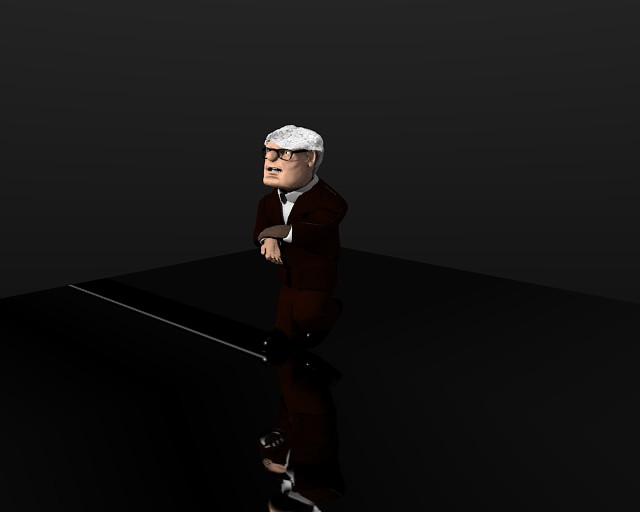 interesting work, i dont have any crits so far but i also wanted to say he looks a bit like the old guy from pixar up:p

that render is extremely dark… i can’t really see anything apart from his head. theres no discernable detail for his clothes or feet