Hi, here is my most recent image: 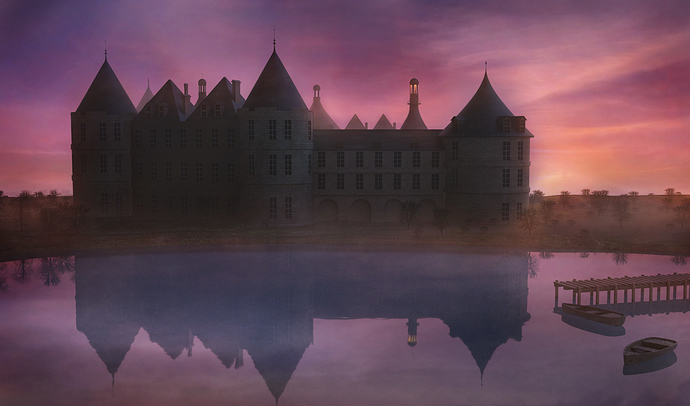 Tell me if you have any critique or advice to give

how about a light or two inside? and a banner hanging down the right round building. all in all it looks nice, but needs a little variation. and zombies! no, just joking.

Thank you for your comment! I’ve added some lights but I’ve got the impression that they look fake. I don’t know if it’s better with or without 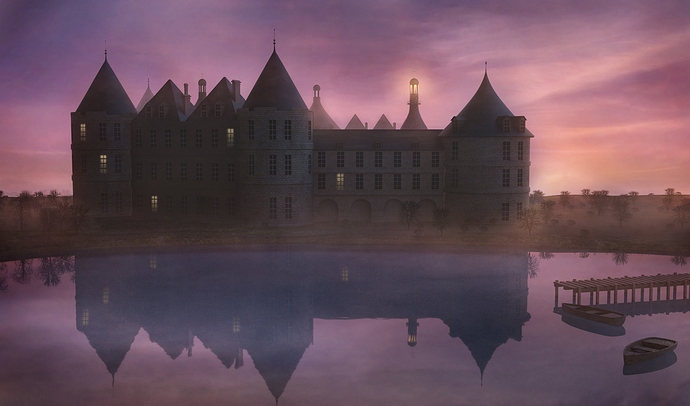 Ooh, neat! I like it better with the interior lights.

Part of the mystique of castles is that they are basically huge expensive military projects, like an airplane today. As such, one wouldn’t build one in the middle of nowhere, they were almost always surrounded by a town, especially if it was somewhere accessible like a lake.

I guess what I’m saying is, I’d expect a huge manor house (no crennelations, so it’s not really a castle?) like this to be surrounded by manicured grounds, instead of just random trees and dirt.I think I can see a pathway in there somewhere, but it’s still a jarring contrast of the implied opulence of the castle and the implied poverty of the unadorned row-boats and desolate wilderness.

Thank you! Well actually I made this image inspired at the beginning by a photo of the Chateau de Chambord (Chambord Castle) and then I simplified its shape but it was my main source of inspiration. Here is a recent photo and a painting of it in the 18th century. I had the impression it is quite surrounded only by nature. After having looked its story I have seen that it was a residence for the king when he wanted to go hunting so I think it was more a vacancy place than a military facility. But maybe I have too much simplified the architecture and it looks more like a manor as you said. 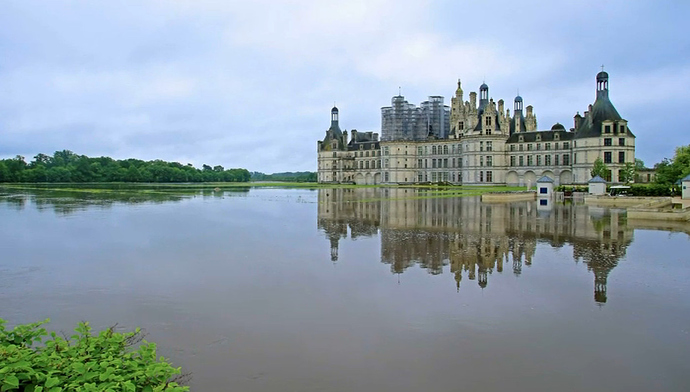 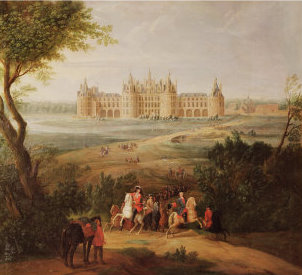