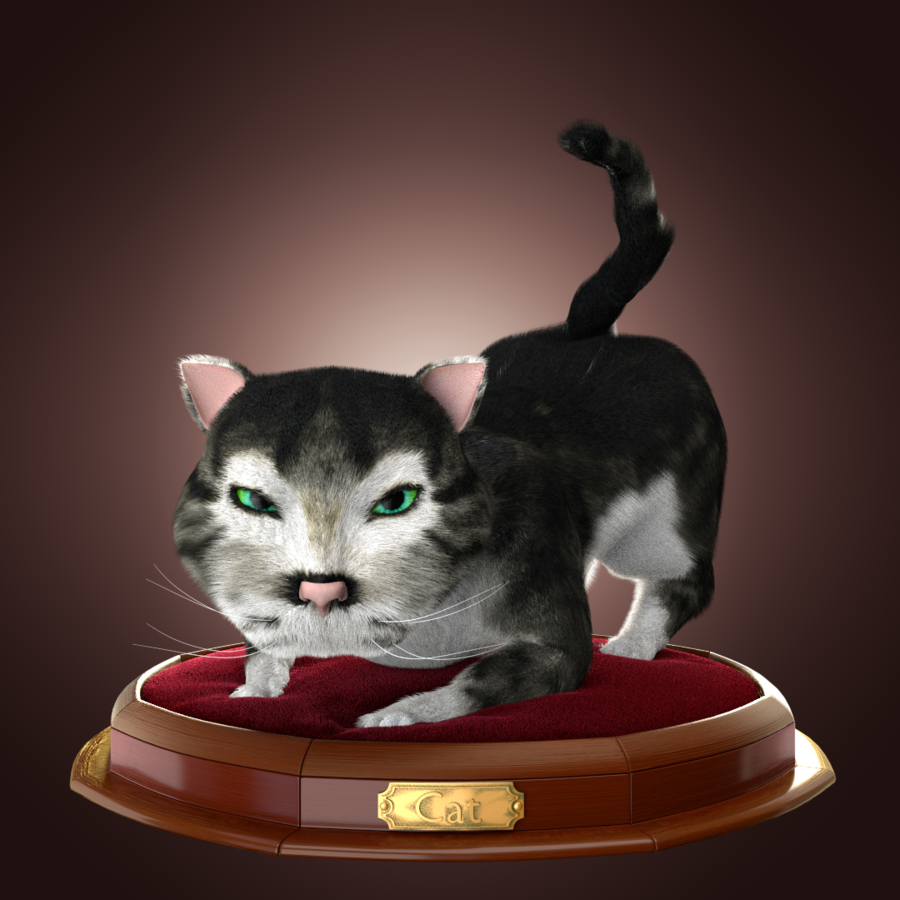 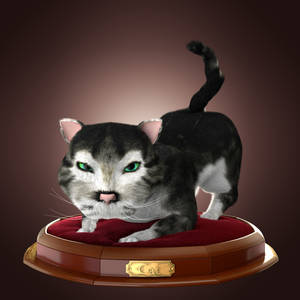 This one updated with new Cycles strand patch.

Will add cycles version on blendswap once patch is in trunk…

I wanted to try out shape keys after watching great tutorial by David Ward, and ended up with this. There is a lot of things that could be improved, due to lack of planning, but I’m calling it finished. Critique is welcome, cause I’m gonna make another one sometime…

Will add file on blendswap tommorow ( or on the Day after tommorow :D) when I get time to fix a few issues, too tired to do it now… 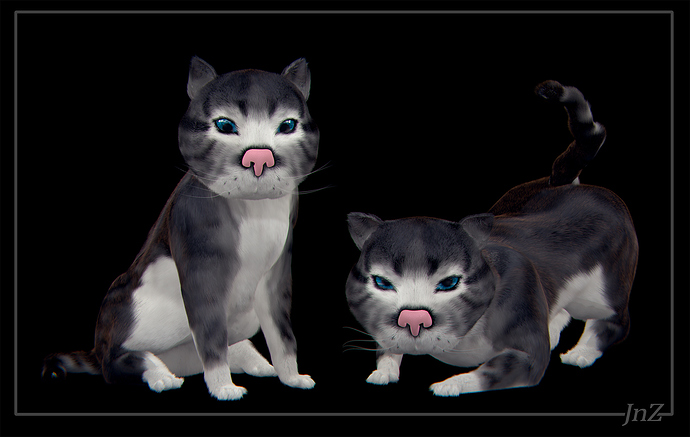 Here is a turntable with a twist

Watch in HD if your bandwidth allows 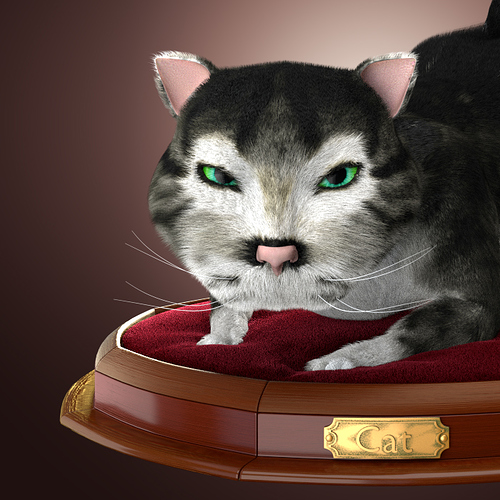 Overall looks good, but the nose is too prominent. Make it smaller and I wouldn’t go for pink, it’s too high-contrast. I love the fur though. =)

It actually looks pretty good. Your execution is solid. If I were to mention (IMHO) the place where it could be improved the most, I would have to direct your attention to the face. I feel like the nose should be less prominent, eyes larger, or a combination of the two. Other than that, I feel like the hind ankles bend a bit unnaturally during the animation. Otherwise, very charming. If/when you revisit a project like this, I’m sure it will be amazing.

Cat looks kind of ugly. Rework some character development sheets to see what works best: different nose size, eyes spaced further apart or closer together, different size mouth, eyes etc… see if you can get a look with moe appeal.
The wire has been over subsurfed. To show skill in your edge flow, you really want to work with the minimum topology to form the shape.
At the table passes the position where the cat is facing us, it skips a a few notches in speed. Very distracting. Curve editor should be your friend here. Cyclic is good for constant movement.

Love the cat in your face bit - they do that

Thanks for comments!
Most of problems will be more obvious from blend file…
@Owldude & dlax
I actualy modeled it without looking at reference, wanned to get to animation quickly, and then spend most of time trying to fix problems. Nose is definitivly one of the biggest, both model and material.
@ Lancer
Same as above. No clear idea of character, ended up being, maybe not ugly :), but certanly not appeling as much as I would like. Promised to myself that next thing I do will be done properly with planing, sketches etc.
The topology is awful so in this case subsurf helps, but will take your advice on any future wire render.
I noticed the speedup only after rendering, the curve was actualy good(at least I think so), but the cat was rotated around origin witch was near the head, that was probably the reason.
My GF have 2 cats so I had a good example, but my animation skills are far too weak to come even close to those amazing beings. Glad you liked it.

I find this character loveable!

really. something out of the box…not ugly.