I’ve been tinkering with the idea of using “multi-pass” + “masking” + the Compositor to produce a non-photorealistic type anime/manga look for character renders.

and combining it with a ‘Freestyle’ line render to mimic a loose hand-drawn style. 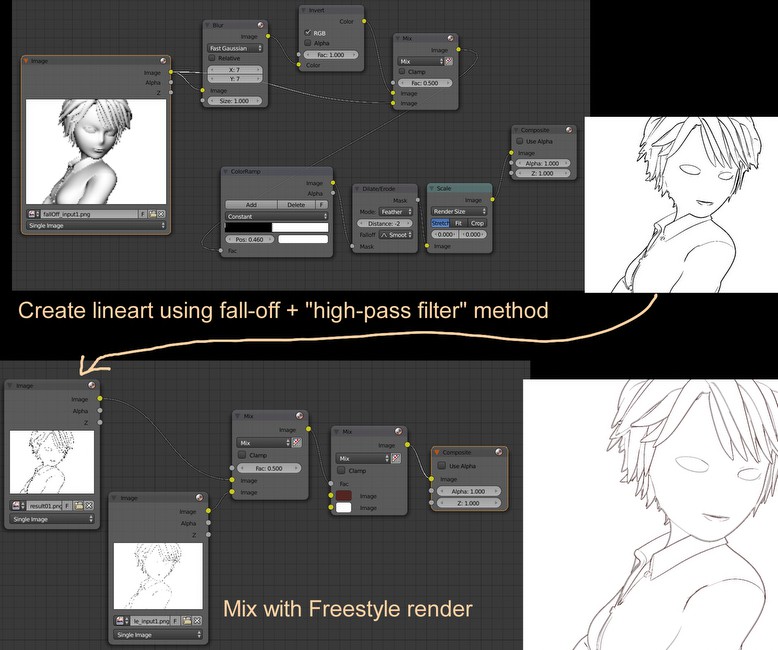 Shape
Render out color flats of the model (shadeless)

Next, create a gray scale ‘falloff’ effect to give the character a sense of shape.
A Hemi light is used on a white Lambert diffuse material to simulate a “half-Lambert” look on skin surfaces. On other surfaces, such as clothing, material nodes are used to multiply the Lambert against itself to increase the falloff amount ( sort of a “half-Lambert squared”)

We want to combine the color flats with the gray scale falloff renders but not by simply multiplying them together - instead, a copy of the color flats is inverted, masked by the falloff and then subtracted against the original flats. 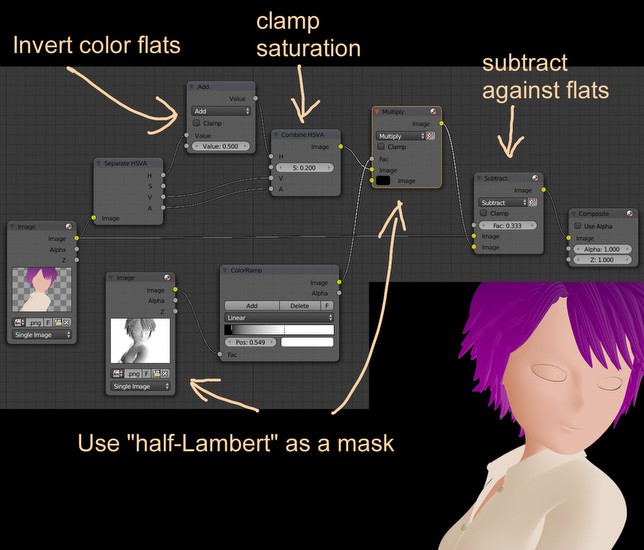 The ambient, occlusion, and indirect passes are combined, then masked out by the shadow pass before being multiplied against the character. 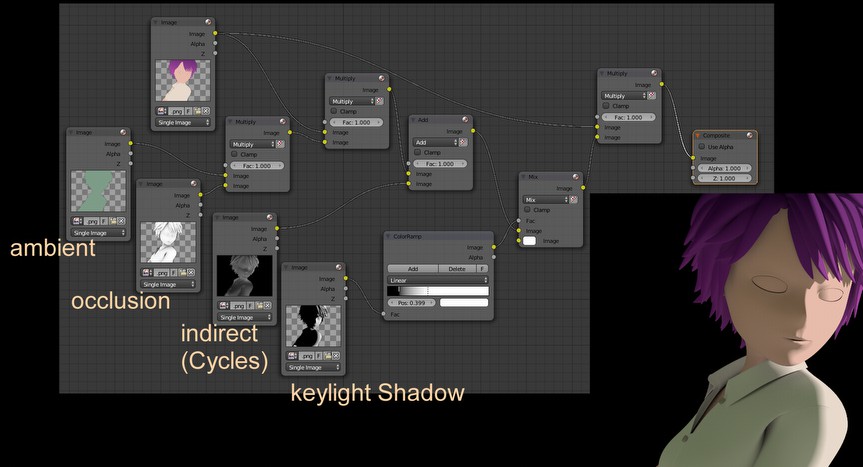 Eyes
These are rendered separately and added near the end of the composite chain.

Instead of using Freestyle, the eyes( iris, iris outline, and pupil) eyelashes and eyebrows are rendered shadeless with textures. Reflections on the cornea are textured hi-lites on alpha. 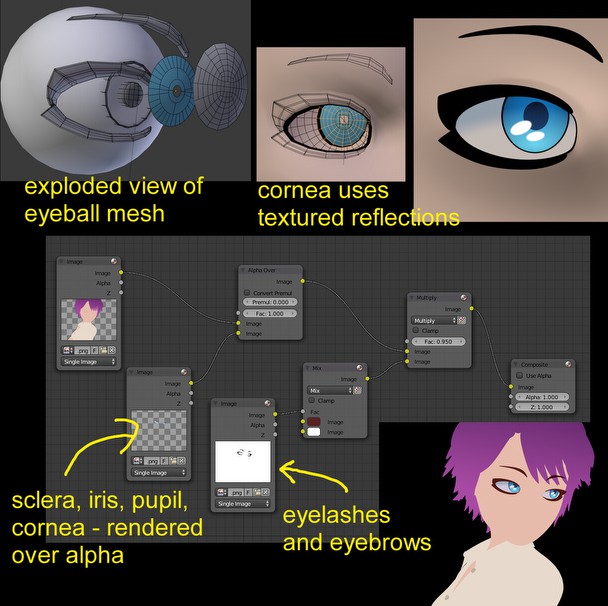 Hair
The hair object(s) have two UV sets. One set for gradient texturing, the other set aligned along the object’s “depth” for creating a hair strand look as shown in the image. Putting it all together.
( note: the red/green pass is the keylight and backlight rendered as separate channels)
( also, some render passes not shown) 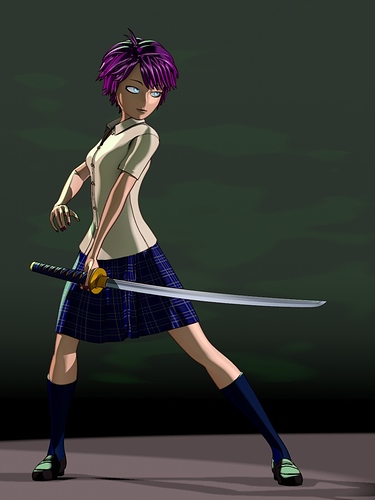 Just thought I throw this out there to see what people think, what might be improved and whatnot.

I think it might benefit from removing the AO and Indirect lighting. Not bad tho, more easily correctable than toon shaders + freestyle I guess. IMO 3D has too realistic of lighting to make truly realistic anime… But still attempts interest me… (cause I know 3D, but my 2d drawing skills need work)