Hey everyone, been working on my entry for the latest CGBoost Challenge and figured I’d throw up my latest render to get some feedback. I’ve definitely been looking at it for too long, would appreciate any fresh perspectives. I still have a lot that I need to add, mainly finishing the dash in the interior of the car. I also have a strange problem where half of the cigarette isn’t rendering, even though it’s visible in the viewport.

Let me know what you think, thanks!

Think I’m pretty much finished, as long as there aren’t any major issues that I need to fix…

Love those cyberpunk pov render, good job on this one

What did you do to achieve the water droplet around the windshield and window ? Was it particle ?

Thank you so much! To answer your question, it was a mix of a hand painted roughness texture for the glass shader and a particle system for the bigger drops.

I should also add that the hands are a free model from turbosquid, the cigarette boxes and Chinese food container came from Quixel, and the gun from Model Haven.

This looks so nice, what did you do for the light beams on the floating ship? Was that done with post processing? My only critique is that I think you should re do the hands. They look a bit distorted and stretched and don’t match the photorealism our quality of the rest of the image.

Also maybe have the gun mounted on a dashboard holster? It looks a bit dangerous just sitting there even for a messy cop. 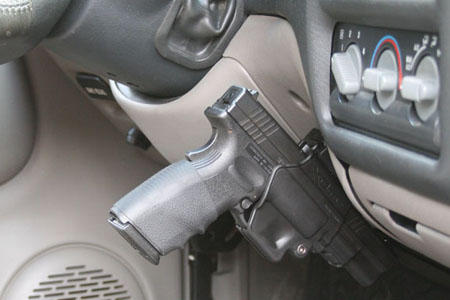 Thanks, Regono, I really appreciate it! Yeah, I agree about the hands. I was on a tight deadline for the competition and decided to download them instead of modeling them myself. Not that I think I could have done any better, I don’t have a lot of practice with organic modeling. I could’ve posed them better, too.

You’re absolutely right about the firearm placement. Think I was trying too hard to perpetuate the story, even though I knew it wasn’t very logical. The badge probably would’ve been enough to convey that he was a detective. One of those last minute, late night decisions, prompted by a looming deadline. I think I did consider a holster at some point, but didn’t have the time to work it out. Thanks for the input!

The light beams came from this great tutorial by Lino Thomas. 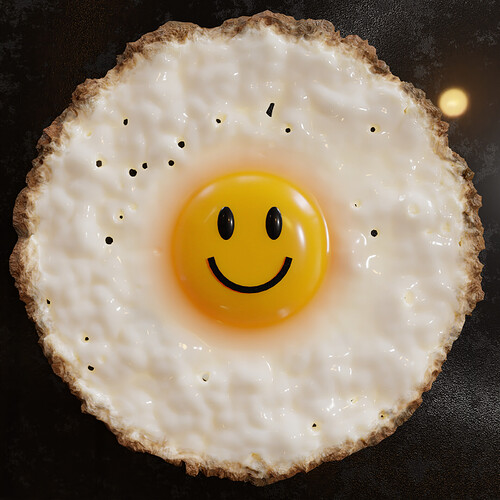 Thank you, Bart! You as well!

I looked at this the other day and dash stood out. I’m here again and I’m saying more info on the dash display, like adverts etc. And maybe a crack in the window screen.

just noticed mmy reply clashes with this post, sorry about that but defo some ads on thee dash

Interesting idea, the dash design was pretty basic, since I had to hustle to get it done by the deadline. I was thinking about tweaking this a bit, implementing some of the feedback from the judges of the challenge, before posting it in the finished projects section. I’ll take your input into consideration as well. I can tweak to my heart’s content now that the deadline is over, though as an extension of that, the motivation to do so has been greatly diminished.