I’m new to blender and I wanted to make a chair. So here is the thing, I did this model: 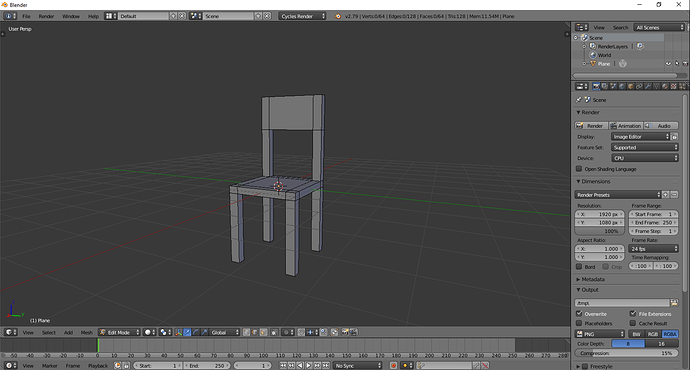 And now I wanted to apply a texture to it. My question is: Where would you do cuts in order to unwrap this model as good as you can? I would be really grateful for any help

Chairs are usually made out of multiple parts. If yours is as one connected geometry, separate the parts with UV seams where a real one would have a separate part. That way you don’t have to get rid of the seam that will be visible in the texture. Then cut each part so it can unfold on a flat surface like it was made out of cardboard.

Dude! Thank you so much, I was trying to unwrap it instinctively, but once you told me about marking seams where the model should be technically separated and then unfolding those separated parts into a flat surface, it’s working nice! What do you think? Would you change anything? 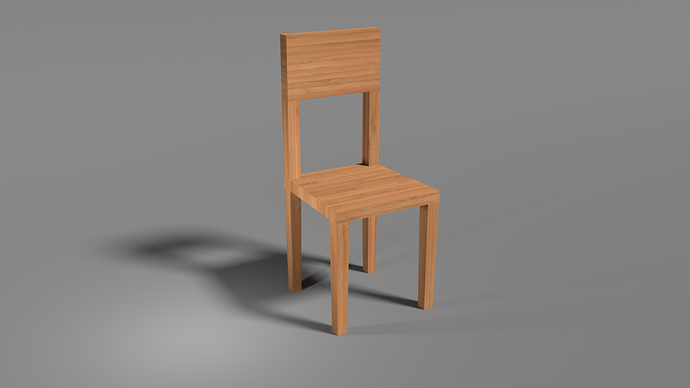 It could use a end grain texture where they’re cut, unless they’re hidden with veneer tape or with similar methods. Could separate those ends in their own UV islands to get deliberate separation in the textures, use a separate material, or have a separate layout on a second UV map for those faces to do it.

Hard edges could use some form of rounding, like a bevel for example.

Hey! First of all, thank you for helping me out! That means a lot to me. I will soften the hard edges, I’m just having a little problem with understanding how should I use those end grain textures. Do you have any reference I could look at to see what is it about?

Just using a different texture on the cut surfaces, when applicable 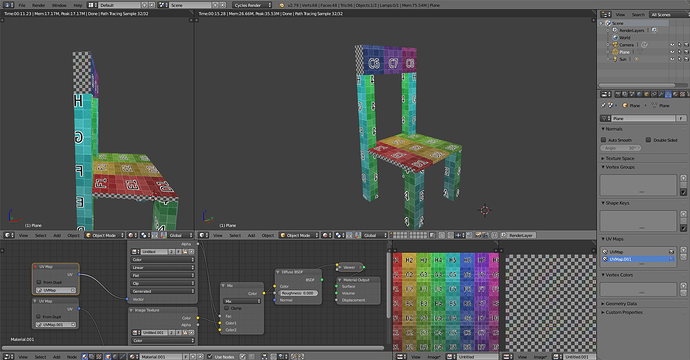 Alternatively you could separate the meshes of wood into separate object pieces and apply a procedural 3D wood texture to them. Endgrain would appear naturally depending on orientation of object space (using object texture coordinates). It’s best to do this after you have generated UVs and positioned them in separate spaces of the UV layout. Make sure to have some space between each island. When done and all looks good, you can bake out the texture and assign it back to the merged mesh. There should be tons of 3D wooden texture generators to choose from.

Oh damn guys. Thanks a lot for the help! Unfortunately I think I need to go through some UV mapping tutorial, because I’m having a littlebit of trouble with your tips. Is there any tutorial you guys could recommend to me to watch? I would be really grateful!

Well, if you want to learn the absolute basics of unwrapping, maybe this one? Although, if you base it on modelling individual cubes (see example below), you can choose at creation time to have the UV generated automatically. UV unwrap can be a necessary evil, but you should weight the pros and cons;

The screenshot below is procedural based, and probably the one of the easiest ways to generate a “circular trunk tree pattern” (trunk along the z axis, but it doesn’t extend indefinitely in radius). The top portion is generally assigning color to the output and shading. All the boards (individual objects/meshes) have applied bevel modifier (I use flat shading with more geometry). Dots indicate origins being off center. The orientation of the axis would depend on where you want rings and in which direction you want the board to be stronger. 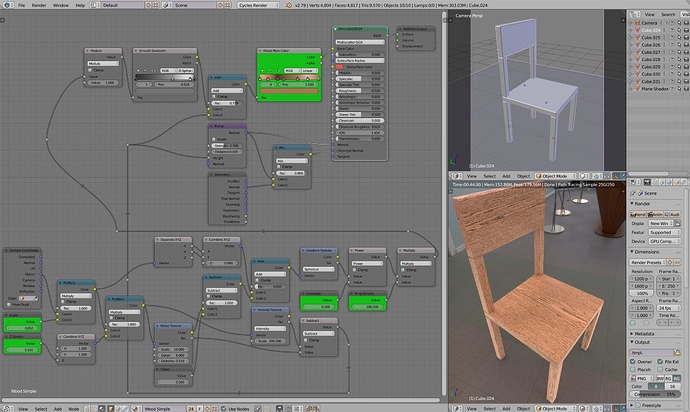 And this is what it renders out as shaded. 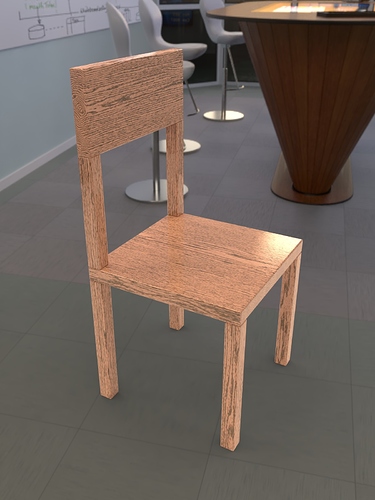 If you want to bake this out, it’s best to lay out UVs with a merged object. When splitting in up into individual boards for procedural use, the UVs will be maintained. Orient axis and reposition origin, then bake out all selected objects. Finally, merge them and make object use image textures by UVs. I tried this, but I found the result unacceptable even with 2k texture. Good enough for distant asset, but not for anything closeup.

Now, if procedurals have sparked something in you, you may want to have a look at this workshop. Not “do” it as such, but have a look at it to get a feel how real pros approach procedural texture generation and final use of it (baked). That one takes into account a whole lot more wrt how a tree texture generator should behave, but it also ends up with tons of generators making it slow for rendertime use. You’ll need to find your own balance on how far to take it. Note that I use object origin for variance rather than random, since it gives me direct control and I didn’t have many boards to texture.