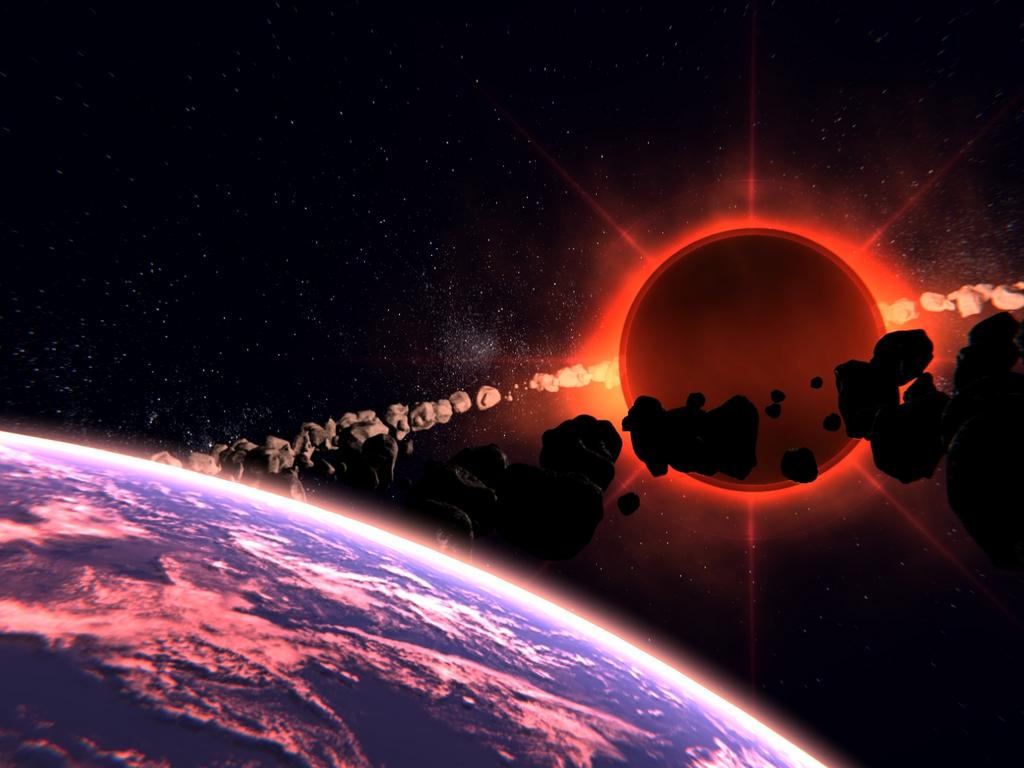 Was very inspired to do an homage to the song’s title, but black holes are pretty interesting anyway. Was reading through the wiki page on black holes. Most of it was meaningless quantum mechanics, but this passage was understandable enough to help with the pic’s final look.

From the viewpoint of a distant observer, an object falling into a black hole appears to slow down, approaching but never quite reaching the event horizon: and it appears to become redder and dimmer, because of the extreme gravitational red shift caused by the gravity of the black hole. Eventually, the falling object becomes so dim that it can no longer be seen, at a point just before it reaches the event horizon. All of this is a consequence of time dilation: the object’s movement is one of the processes that appear to run slower and slower, and the time dilation effect is more significant than the acceleration due to gravity; the frequency of light from the object appears to decrease, making it look redder, because the light appears to complete fewer cycles per “tick” of the observer’s clock; lower-frequency light has less energy and therefore appears dimmer, as well as redder. 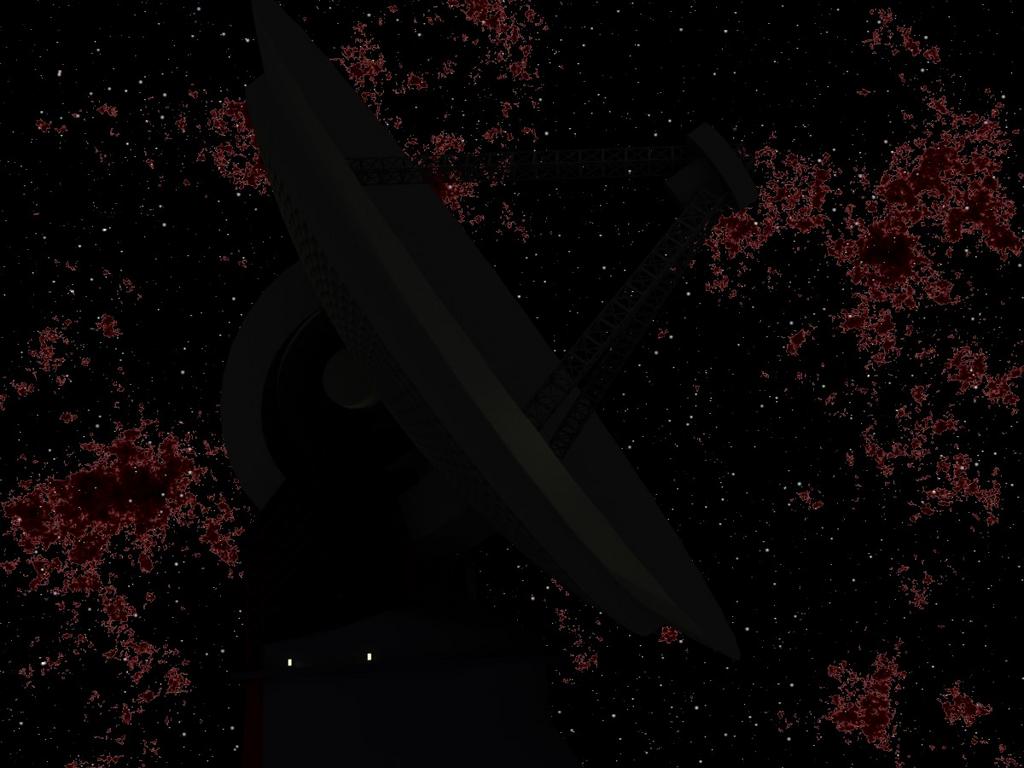 Modelled and rendered in Blender 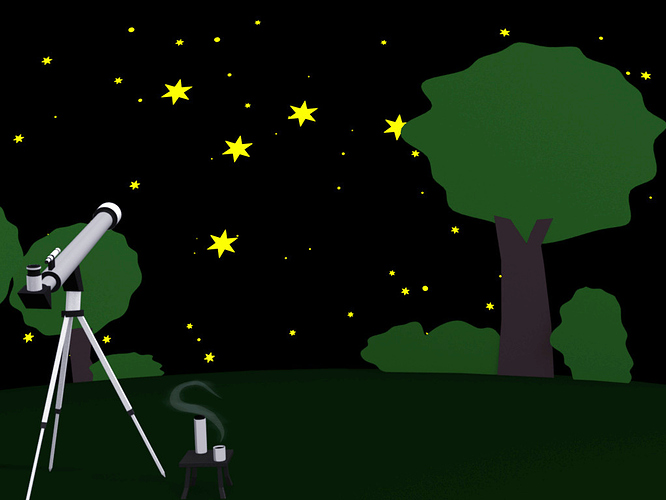 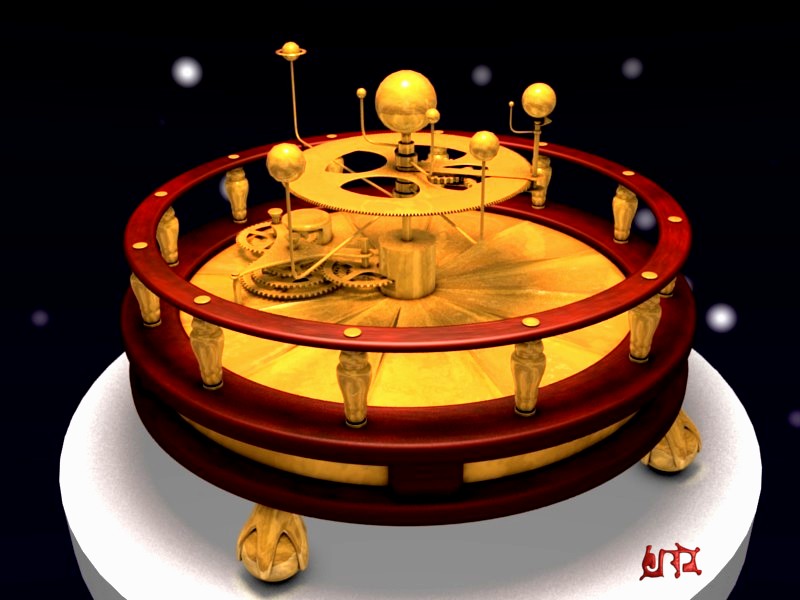 with the aid of

I won’t quite finish due to unexpected company, but i will just tell you it involved bird poop. I may finish it later.

A sundial, may fix it up later if I’m not too late. 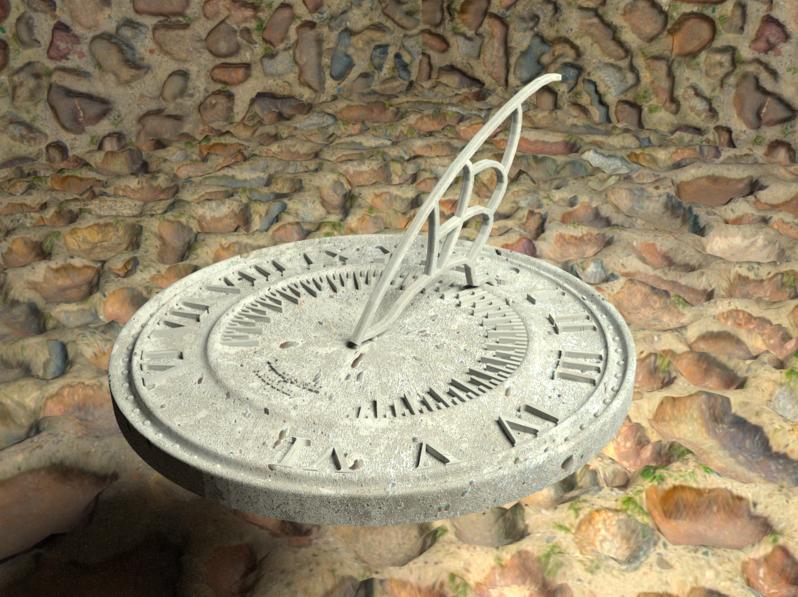 A cosmic sized render inspired by the Hubble Space Telescope’s many amazing images.

Be sure to expand/zoom image in browser for complete view