Also, I’ve published a video on youtube plus other social media and introduced some new user’s to this challenge.

I just checked out the video. The one word of Persian I know didn’t help me all that much, but it seems to be a nice introduction.

Regarding the spike in poll participation:
I’d like to ask everyone not to jump to conclusions and to keep things civilized. I really don’t think @Ali-Nasiri tried to manipulate the poll. (If that was the case, it would easily have been possible without anyone noticing.) As said before, social media activity can (on purpose or not) cause jumps in participation numbers. If things start to get suspicious in the future, I’ll initiate appropriate actions (as always).

And now, back to some real issues. I planned to finish a 3d printable Warhammer 40K style rocket launch-pad hours ago - and it is already 02:50 AM over here…

You just cheated with a lot of accounts when voting and everyone noticed. Thats all.

I checked the votes and see no signs of abuse with the votes on his work. So instead of calling out someone for cheating, you’d better make sure you have the facts first.

So is it supposed to be a coincidence that suddenly there were twice as many votes as there were otherwise in the challenges and the commenting and liking accounts that have been inactive since 2020 suddenly comment and vote?

I do not think so. YoannCG was in the lead and then suddenly there were individual votes over votes only for the other entry. Still looks fishy.

I don’t think I need to repeat my statement and consider this discussion closed and off-topic from here on.

I mean, even if he cheated, what would he have to win ? just the challenge ? popularity for 3 days ?

@flloyd miss judged but I do not answer him because:

1_I think it cause only irrelevant discussion becomes longer and more inflammatory. for example, Challenge #964 “Christmas [Fast] Food” Voting CLOSED - Contests / Weekend Challenge - Blender Artists Community
even he plays with my prestige and others with bad speculation and miss information, I don’t answer him to keep the community calm

2_I wanna save my energy for a better thing, like creating artwork. and I think we must do it.

Just don’t give him any attention and move on.

3_his job is not to judge, he hasn’t all information, if he wants he can flag it and report it to admins.

I checked the votes and see no signs of abuse with the votes on his work. So instead of calling out someone for cheating, you’d better make sure you have the facts first.

I have more than 1k followers on Instagram (I post my artwork there) and I am in 14 Blender Group on telegram. I am in the Blender community since 2015, I have communications, I introduced the BA weekend challenge to them, and it’s so good.
Marjan is a real person, she is my sister and I introduced BA to her to see my work and my activity, even if this vote remove(that must count), I still was the Winner.

a lot of accounts

, (A lot of account,Just miss information and prejudge)

After all, I Hope @flloyd does his job as a BlenderArtists user and create some Artwork or positive thing.don’t focus to get other person’s energy
I’m not anymore continuing this.

On rescue mission
Pure, eevee, all made in blender, just the decals are made i gimp, used the landscape addon 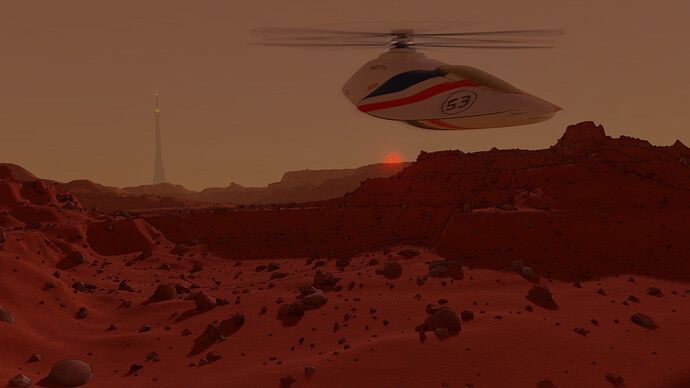 PURE entry “marscraft”
It uses hydrogen as a source of lift and, when burned, as a source of propulsion assuming that Mars has oxygen after terraforming XD
I have not been able to make engine flames using smoke simulation so the flames are procedural and looks just as bad as the rest. 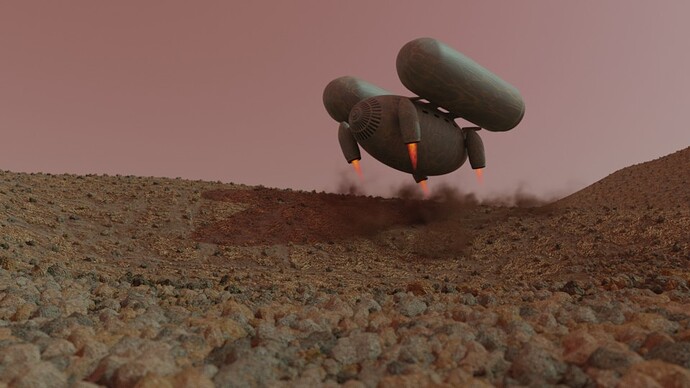 And then it clicked: This is a “Herbie” -textured aircraft 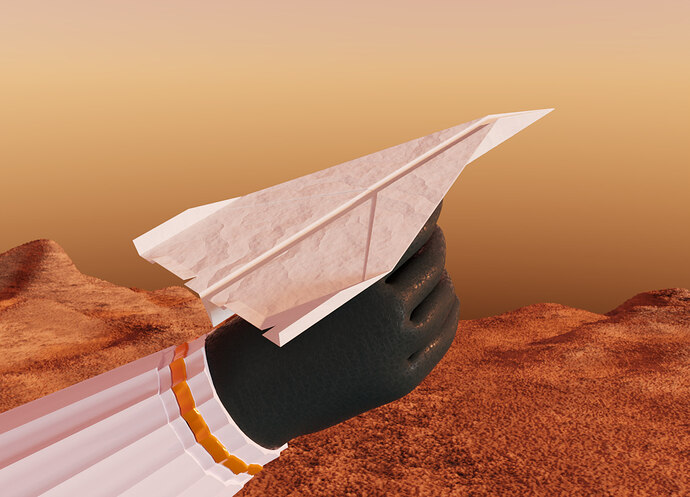 “The Mars Helicopter, Ingenuity, is a technology demonstration to test powered, controlled flight on another world for the first time.” - NASA

I thought i use a famous car and turn it into a helicopter, my favourites where “Starsky & Hutch”, “The Dukes of Hazzard” and “Herbie”. I used “Herbie” at last.

These Are the 40 Best Movie Cars of All Time

From the DeLorean DMC-12 to the Batmobile, these iconic rides have ruled the big screen. 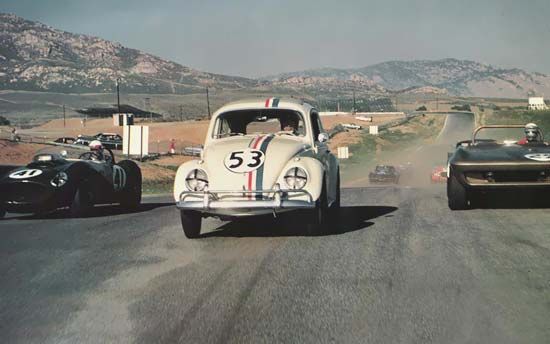 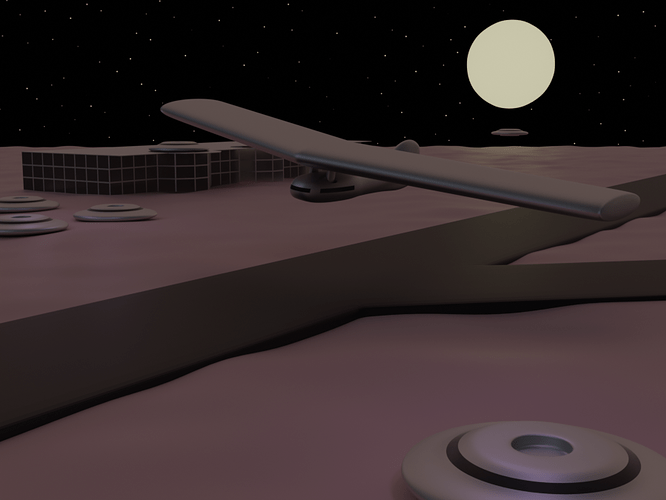 Pure entry, the main source of lighting is the point that I hid in the middle of the sun. Added a few other sources to keep the render from looking dull.

Hello again, well this is another open, mainly cause of the two astronauts waving at the aircraft.
Render at 500 samples + denoise, in cycles. The scene is from a different view, with some extra hills added. 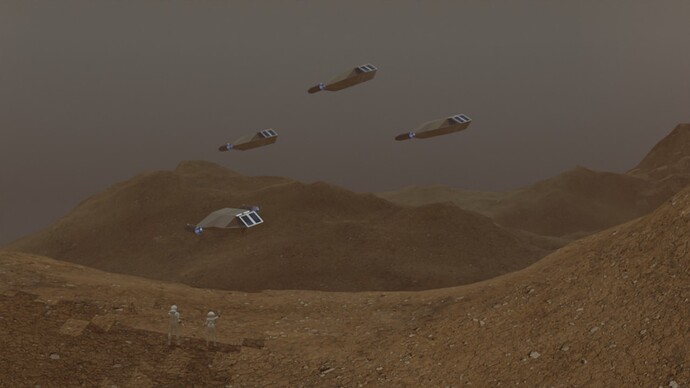 [Keryx-on-Mars] A Keryx Robotic Freighter delivers Splododyne Explodiatory Explodolators and other supplies to a Martian mining operation. These autonomous freighters are designed to work in hazardous environments. ORIGIN I made made the Keryx Robotic Freighter for a monthly modeling challenge a long time ago for a forum far far away. The theme was Research. I chose to research the work of another CG artist, @VITRIOL3D, and attempt to create a new scene in his style. Even with his advice my…

Pure - the astronaut is sculpted on a base from MB-lab, so not 100% pure but it means most of what you see is my work. I used geometry nodes to bend the arms of the quadcopter, so the laden one has its rotor arms bent up by the weight it’s carrying. The rocks are made with the mesh rock generator, and distributed with geometry nodes. The building details and some details on the quadcopter were generated by the Random Flow plug-in. 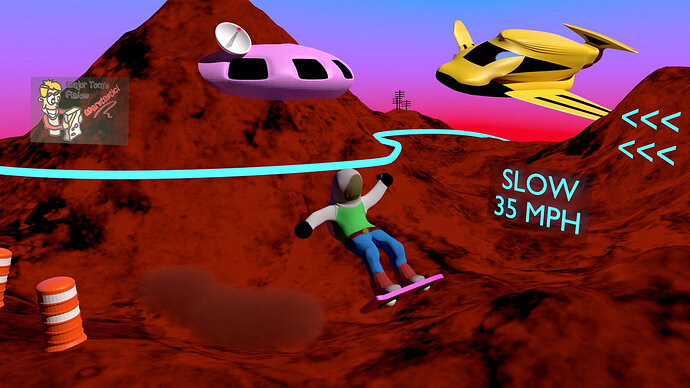 TripleTree - Hoverboarding1536×864 234 KB
Pure (from scratch) - I used Inkscape for “Major Tom’s Flakes”-advertisement and Gimp to adjust the overall contrast.
It’s morning on Mars, and the yellow school shuttle is on its way. Cool kids, however, hoverboard on a Marty McFly memorial board to school. All advertisements, street signs and the like are holograms. Hence, they are partly projected onto the road and can be flown through without danger.
1 Like
Challenge #968 "Aircraft on Mars" Voting CLOSED
david.speer (david.speer) January 9, 2022, 9:05pm #27

Hah. I knew someone “else” was going to be working on Ingenuity!
Looking good

I believe ingenuity uses a counter propellor system so I think the propellors might rotate in opposite directions?

Honestly, I’m not sure.
My astro physics and mechanical engineering are like not a thing

Please know I am not judging at all, more of a curiosity for someone like @Millani who I perceive generally knows all the fancy mathy sciencey type stuff

Not sure why but this little helicopter never really excited me much. Technology-wise it just didn’t seem that exciting. More of material science and engineering vs. new science.

(I was incredibly lucky and got to work in the space industry [launch side] a long time ago for a few years and got to see some really cool stuff. Got to see three or four Shuttle launches. Now, that was something to see and feel. You could feel the rumble in your chest from miles away.) 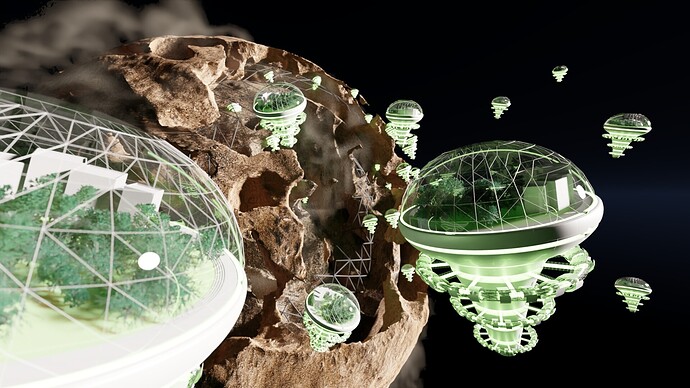 spaceships1920×1080 406 KB
Open. I reused the ‘mars’ planety thing I made for last weekend’s challenge. The spaceships are made from scratch. Except for the trees. I made them with the ‘sapling tree gen’ addon a while ago for my personal library.
7 Likes
Challenge #968 "Aircraft on Mars" Voting CLOSED
next page →