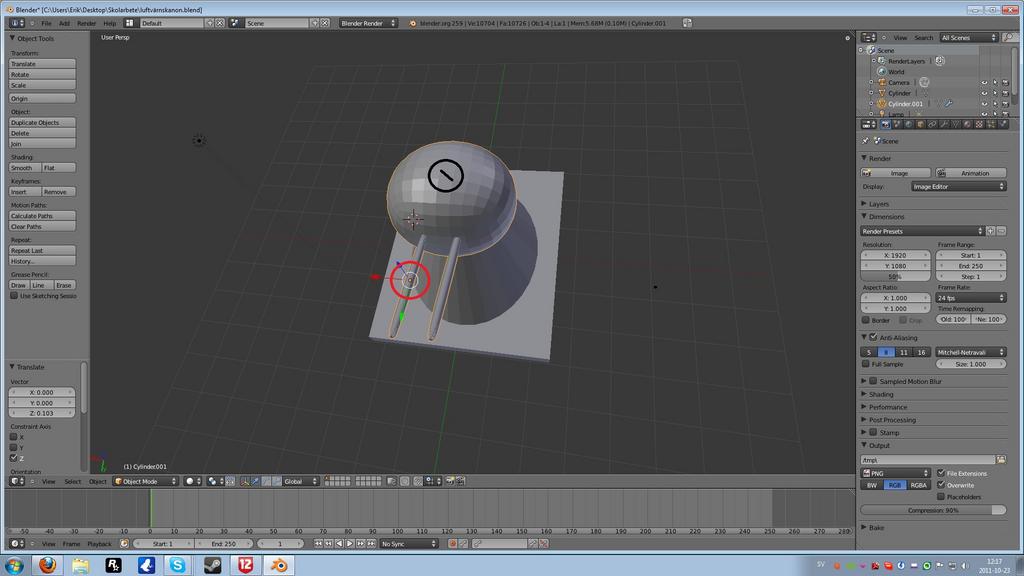 I finally managed to merge “the ball” with the two pipes. However, the “axis point” or whatever its called, its located on one of them pipes, as u can see on the pic, the red circle. I would rather like to have it on “the ball” in the black circle.

how can I change this?

Select where you want the object origin to be (could use Shift+S to position the 3d curser). To set the origin use the Ctrl+Alt+Shift+C shortcut (or Origin button in the toolshelf)