Thanks for taking the time to look at my thread.

Okay. The situation is pretty basic: I’m trying to use a lattice on an animated character to bend his midsection. The two relevant modifiers affecting the character are 1) the lattice, 2) the armature. No other objects affect the mesh object in any way except the armature object, which is parented object-to-object and not mesh-to-armature.
The spine is bending very nicely, and I thought that I had succeeded until I rotated the root bone to check for constraint mistakes in the bone hierarchy. Then I discovered that the vertex group modified by the lattice behaved strangely when rotated in the local Z or X axis direction - it seemed to shear on the lower part of the stomach. (See attached images)

Thoughts: Further experimenting on my part determined that the lattice itself does not actually deform, but the vertex group does. I checked the vertex groups that the armature deforms, thinking that maybe a bone had control where it shouldn’t, but then I realized that the root bone was the parent of every bone in the skeleton and that none of them were moving locally. The unwanted deformation does not occur when the character mesh is rotated by the parent armature in object mode, so I suspect that maybe the lattice object orientation has something to do with my problem.
Any suggestions on what this might be and how to fix it? If possible, I’d like to preserve my lattice-spine, because it deforms the character so beautifully. 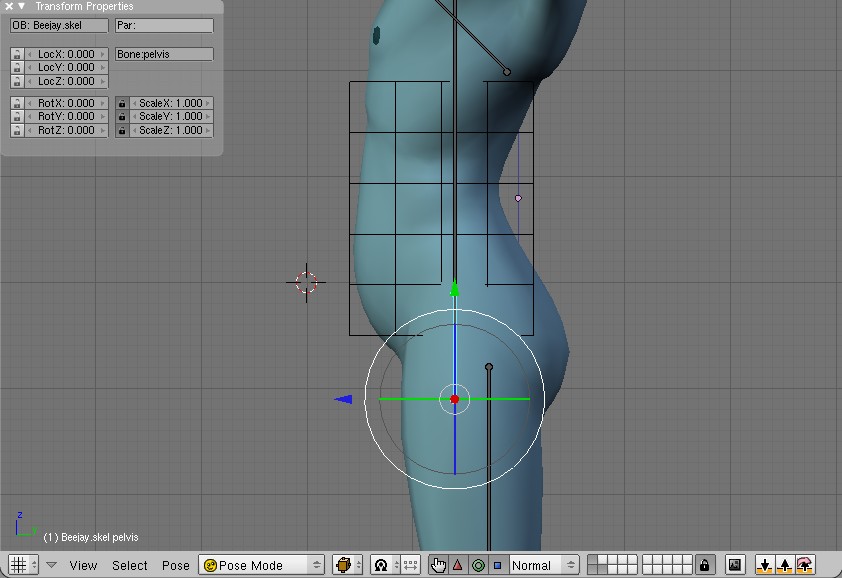 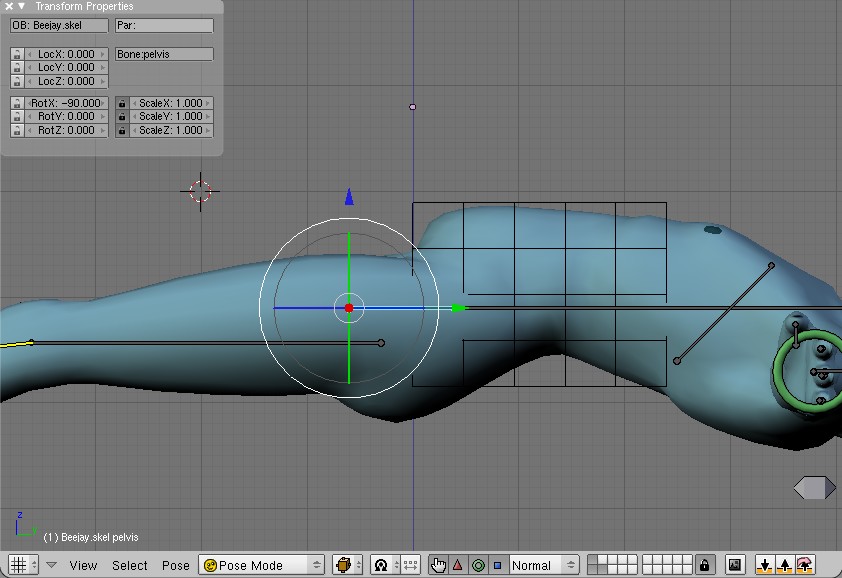