Hi Everyone,
Here is my almost done entry for the competition i mentioned in the title. Please help me in doing some final touches. Thanks in advance for feedback:rolleyes:. 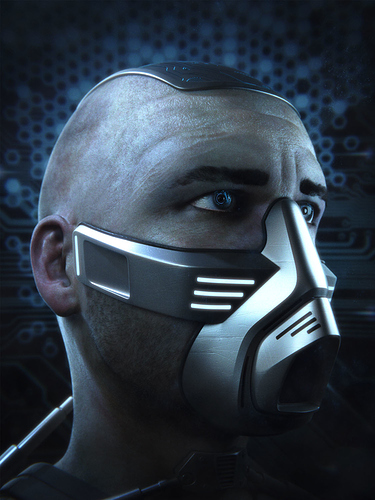 I think I would remove the eyebrows, tone down the wrinkles in his forehead a bit and thicken the neck, the neck looks uncomfortably stiff/straight. But these are just nitpicks, looks really great!

Maybe use a wider lens too?

This human head is your model? If so I applaud you, I could not create something like that. The ear especially is outstanding. However, the image does not seem particularly interesting to me. Sorry to sound harsh, but the face mask does not seem very detailed compared to the rest of the image I don’t really get what the image is trying to say. I don’t know why he has a mask or what’s going on. Also the forehead seems very small and the color palette, while modest (which is usually good) is kind of boring as well (at least to me). Do not be offended, please, I am not even entering the comp because I suck at character modelling, but from what I have seen the competition will be fierce this time (which is actually quite surprising to me) I am just being honest and to help. Maybe other will love it.

Good work on the skin. I agree with the comments above. The mask could do with more detailing. The interaction of the mask and skin would bring up the realism I believe.
Also, the story would be interesting.

Keep up up the awesome work!

Thank You so much for this high quality feedback. Firstly i decided to focus on eyebrows. What do You think? To me now it’s better… 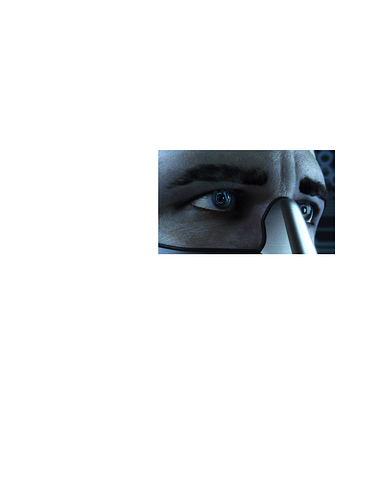 What are two caterpillars doing in space, I don’t know why but I feel that huge eyebrows and fat faces look out of place in a sci fi enviroment. Fat is somewhat spread evenly over a person’s body, his fat face means he’ll have quite a belly down there. His wrinkles wrapped in fat reminds me of a guy I used to drive around with that had horrible breath and smelled like shit. I guess the best way to describe your character’s face is, dirty or slothful. A face that you would see at some bar somewhere drinking lots of beer and watching football.

We associate space with brainy people, that he is wearing a mask is testimony to the fact that he is no coach potato. I would try to burn some of his fat off, could probably be done by toning down his wrinkles, the eyebrows just look out of place in the enviroment. Either make them thinner or remove them all together.

This is of course only my opinion, I prefer idealising people, realistically there would probably be some fat guy walking around in space but I prefer to look at healthy ones.

At the top of the thread You can see updated version! Open it in full screen because this web makes thumbnails overcontrasted.