A few months ago, I had this idea for a Cerberus (the three headed dog of Hades). Quite often, you see this from “mean” looking or big dogs, such as pugs, mastiffs, shepherds, etc. Not usually some ankle high 5 lbs Chihuahua. But watching my two Chihuahuas play one day, I thought it would be funny to do one.

The other day, I started off trying to do a low poly Chihuahua. (Single headed.) After getting it kind of right, I shared what I had. I knew it wasn’t quite what I was aiming for, but it was pretty much my first attempt at doing something low poly, and I was kind of liking how it was going. After getting some feedback, I started tweaking some things, and eventually got the basic shapes right, but something still wasn’t quite looking right to me and I couldn’t figure out just what it was.

About this point, I remembered my 3 headed Chihuahua idea, and while the original idea had been to do a more high poly version, I thought why not give it a try with the low poly. Somewhere in starting to try to adjust this, I accidentally moved my mirrored eyes – close to where they should have been in the first place! Suddenly I realized what had been bugging me and it began looking like a Chihuahua!

After some more tweaking, maneuvering, duplicating the head and eyes, and placing things where they needed to be for joining, I wound up with my Chihuahua Cerberus!

I’m reworking him, in part for the practice and because I want to give him an open mouth and rig him so that I can pose him, and I plan on sharing that progress here. 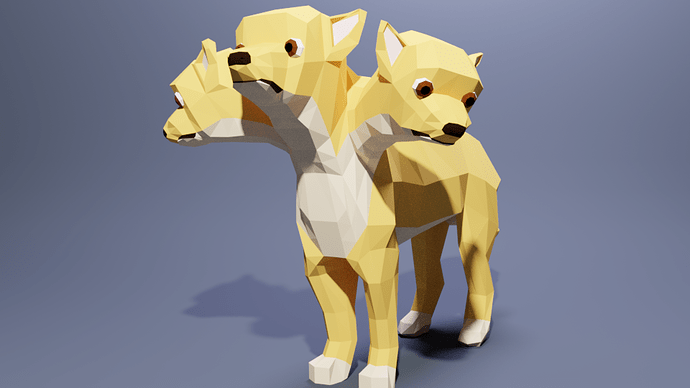 Here are some of the earlier versions: 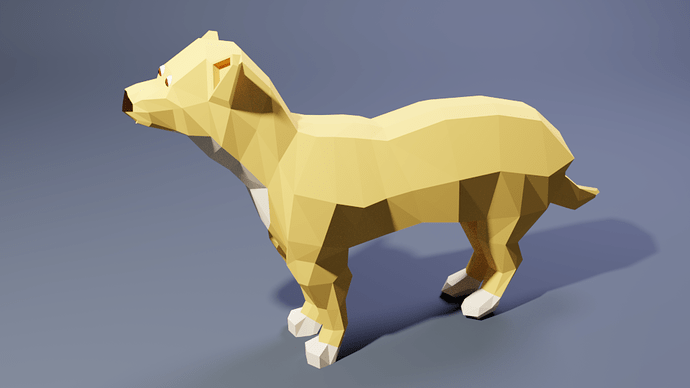 My first look at the low poly dog. The head shape wasn’t right and, as someone told me, it looks more like a polar bear head on a dog body. Hmmm… interesting… I wonder… But not for now. 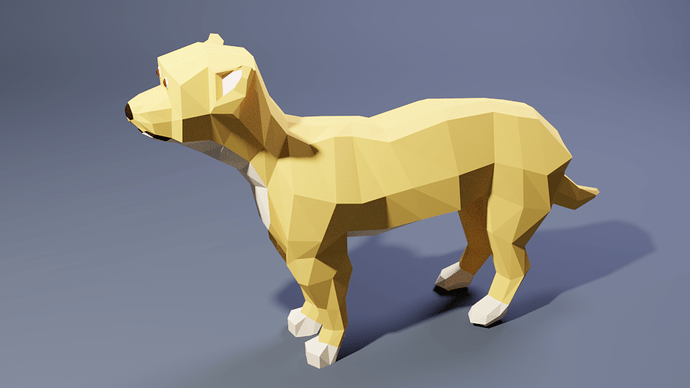 Head shape is closer to right, but this still felt off. What could it be? Oh! The eyes are too close together! Duh!

The first version of the Chihuahua Cerberus. As you can see, with the eyes moved, it does definitely look more like a Chihuahua! 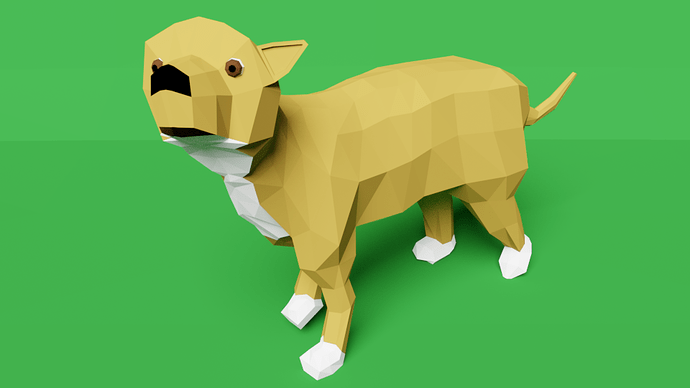 The start of the rework, used “manual” techniques to pose, but pose still feels stiff to me.