So started off my weekend on friday afternoon learning something new. Followed the cgcookie jellyfish tutorial.
I tried to do the cloth physics on a man of war shape. Not a regular bell shape.
& it really didn’t work. even adding an extra subsurf didn’t do it. the cloth hung over the dorsal fin like a tent.
wound up doing a quick model so i could continue through the tutorial.
This was the final result, was wondering how I could have made the physics work. As is had to add a “skirt” so the particles (red strands) could grow from it. 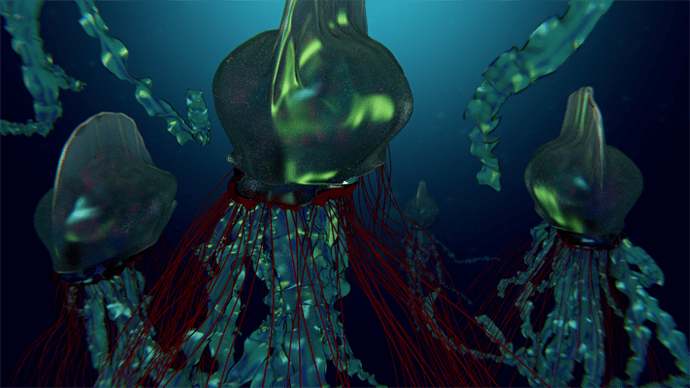 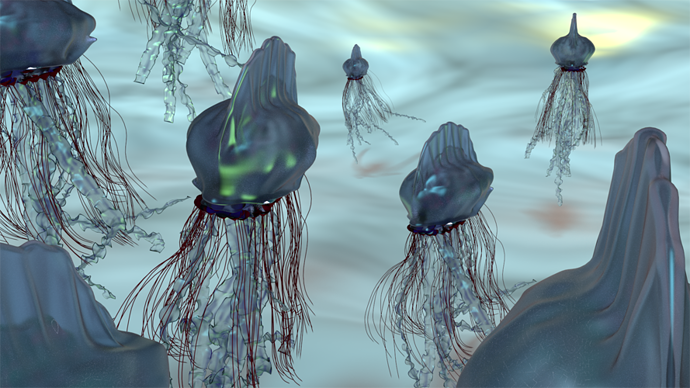 I cannot watch the tutorial, please can you explain what the cloth simulation is supposed to achieve?

I looked at some photos of ManOWar jelly fish.
The sack part could be a cloth sphere, with some forces applied.
I added some turbulence to flutter the surface, plus a small repelling force to keep the sack inflated. 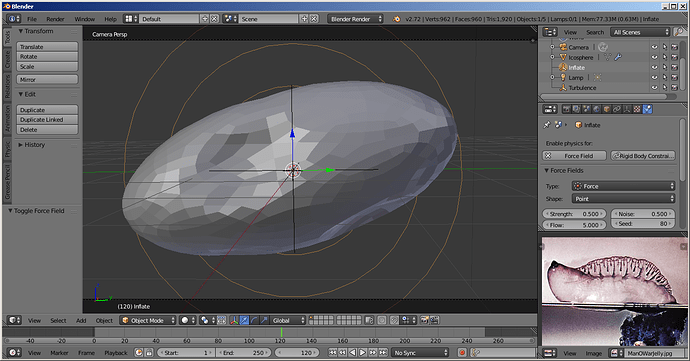 Well that is the thing the tutorial had a bell shape collider (half a sphere) and the cloth would drop onto it and form a the bell of the jelly. no need for inflation once the cloth was applied. but if you create a man of war w/the crest the cloth drops onto it, so far so good, but even with added mesh subsurf modifiers it stays on it like a tent. Shrink wrapping didn’t work.
thank you though.
d

Sorry if I still mis-understand.
You want to have the bell shaped mesh for a typical Jellyfish plus a ManOWar type sail instead of the balloon bag of the ManOWar?
Could you not have the sail a separate mesh, which is not a collision object for the mesh for the bell? 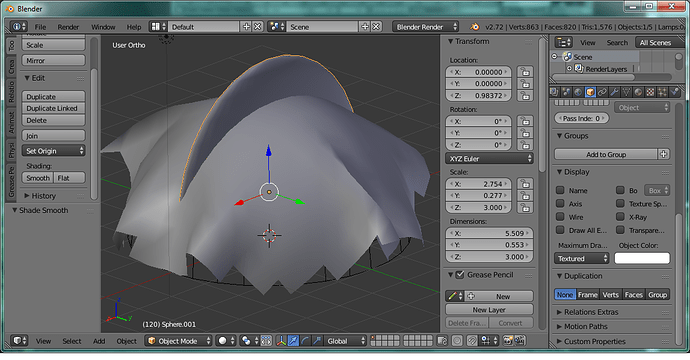 thank you Martin had not thought of that approach. guess i was trying for a one in all resolution.
thx
D