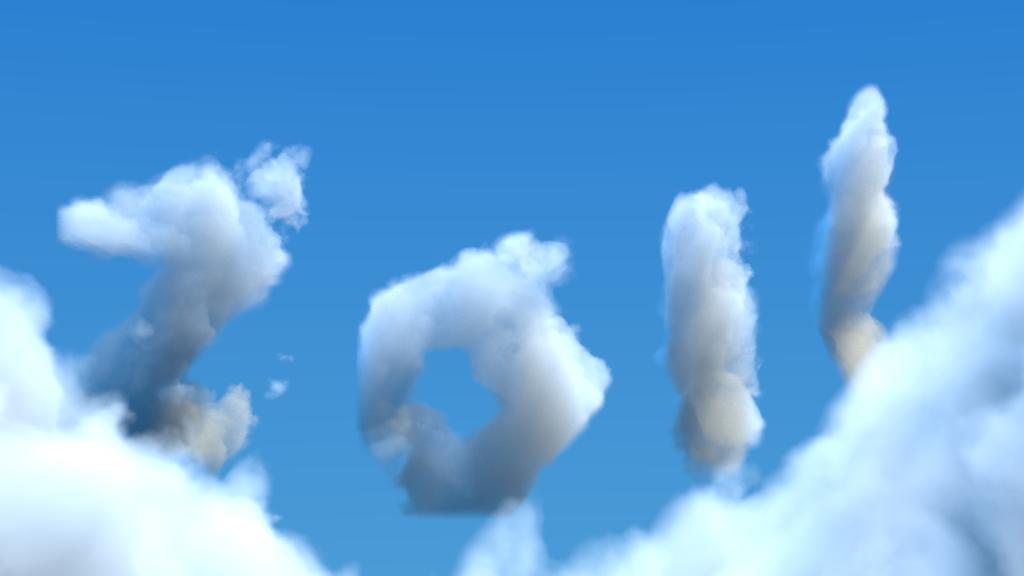 How did you do it?

Well, I happen to know of the new cloud generator addon in blender 2.55b, so i used that to make the 2011, but i did the other clouds in the foreground manually using volumetric shading, (also new to blender 2.5X)

The bigger the clouds, the longer the render times, I think this took about 5-6 minutes to render in HD.

yeah, cool. i mean cool of you to say cool.

Mind sharing a few of the settings?

Ok, first i made the volumetric clouds (you can get a very nice tutorial on that at BlenderGuru.com).
then, i did the world background, (I suggest you look at a photo or just go outside the building to get the right idea for the sky color, because there is nothing worse than a unrealistic sky color in this type of render…). after you did the clouds, add two ‘sun’ lights to your scene. rotate one of them to shine directly on your cloud, and set the energy to ‘2.0’. rotate the other sun light to shine at thebottom of your cloud, and change the color to a sky-blue.

then render using your renderer of choice, (i used blender internal). and WALLA! you should have a pretty realistic cloud!

As i said, you can find the full tutorial at BlenderGuru.com…

CAUTION! the larger the cloud, the longer the render times.
CAUTION! u need blender 2.5x to do volumetric clouds (wont work 4 blender 2.49 as far as i know…)