Hi everyone,
Like the title says I tried to model a .357 Magnum. It’s pretty poly heavy (around 300,000 faces) so I guess it’s not really useful for anything. I tried to keep it quad only. It’s my second attempt at modelling anything serious and the first I’ve had any courage to upload so any criticism is appreciated. I’ve been at blender for around 6 months.
The grip is sculpted.

For reference I used images pulled off Google and followed several tutorials from Blender Guru and Blender Cookie.

its a beautiful model. It could be used in an animation if the proper parts were joined together and parented/rigged to move appropriately. For a game you are correct that it would more or less kill the budget for tris onscreen at 504k. That would be about 1/4th of your on-screen budget for a high end game. lol.

though you could bake out the normals to a low poly model and have the same “look” for a fraction of the polygons. But overall its very nice. The only criticism I have is based on the actual working mechanics of the gun. I dont have any personal experience with the python, but i own a short barrel colt .357. 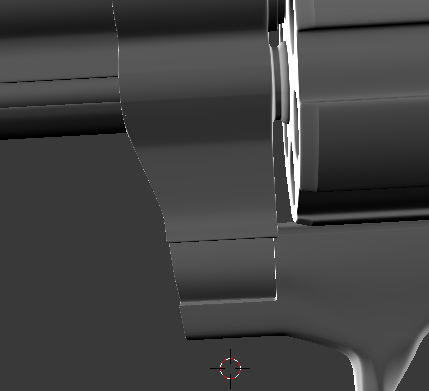 Right here, there should be an arm that folds out with the cylinder for reloading like so: 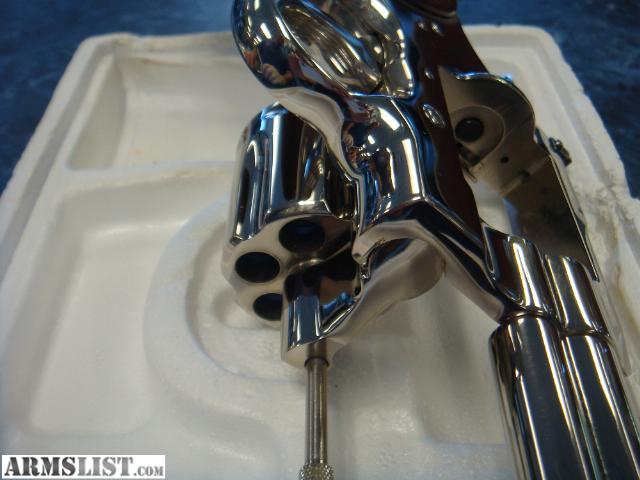 On your model the frame is all one piece, which would make it hard to have a reloading scene in an animation! hehe. minor complaint, as i said its a beautiful model. keep it up,

For someone who has been 6 months in 3d modeling world, I have to say that this is a really good model if not great. You could bake a normal map to a low poly version of colt python, to get the best results for a game, animation etc. This is really good, keep up the amazing work, my friend.

Thanks for the encouragement!
I didn’t have a physical model or any accurate reference photos since my university is bent on censorship so by the time I figured out how the arm worked I decided to let it be as it is. I’ll be sure to upload anymore models I make now.

My concern was the topology since I haven’t had too much experience with modelling anything complex. If you guys could give me some specific feedback on that it’d be a huge help.

And again thank you for the encouragement.

From my quick inspection, it appears that your topology is OK. There are a few rough spots that could use some smoothing to get a more uniform quad surface, but for a hard surface model, as long as its not causing surface artifacts and the extra loops are needed elsewhere for structure, id say its fine. Perhaps someone thats more of a topology hardliner could chime in, I’m more practical on the topic! Haha

What was your intended use for this model? After I inspected it a bit more I found a few more mechanical issues that would be show stoppers if you intended to animated it. Puush is being dumb right now so i’ll just explain in text. The hammer is not fully modeled, which would make animating it awkward to say the least, and along the same line, the trigger is fused with the frame. 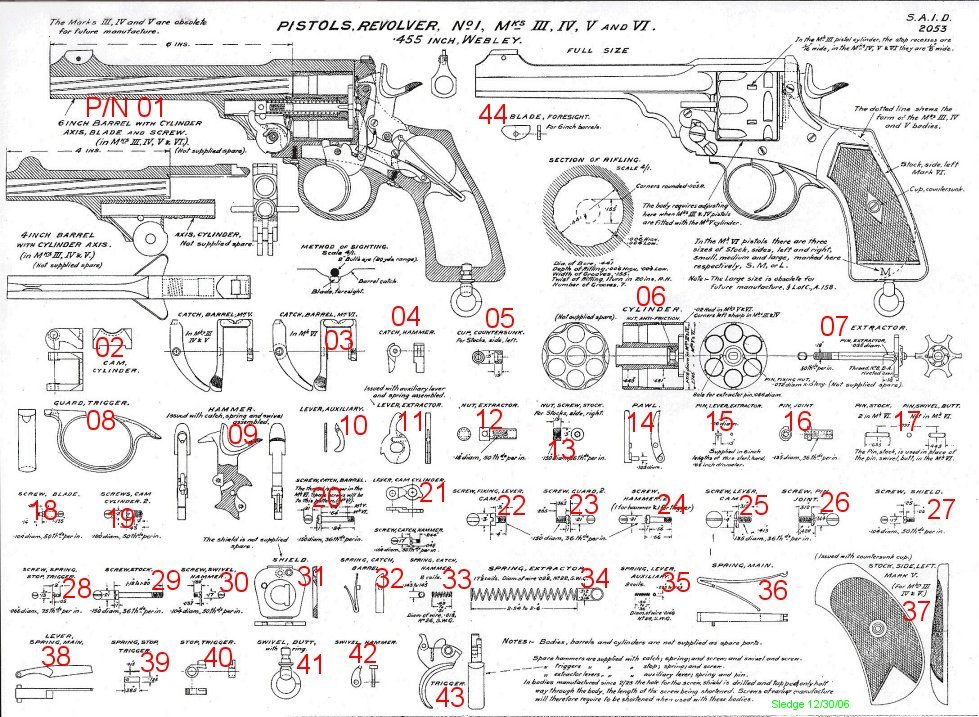 Webley Diagram 45 percent with part numbers.jpg979×717 230 KB
(not my image, borrowed from apexgunparts.com for reference/educational fair use)

Not a colt python, but the overall structure is similar enough that only a hardcore enthusiast would say anything, as long as the externally visible form is consistent with the actual gun, and the working parts are “somewhat” close to its intended function. On the diagram, 09 and 43 are the hammer and trigger respectively, notice how they pivot and all the structure that’s hidden within the frame of the revolver. Parts of this would become visible in an animation so parts like these should be fully modeled.

Edit:: Also, your barrel is not rifled. This is a bit important, since many animations using guns involve following the bullet down the barrel in creative ways, lack of rifling would stand out. This one might be tough to fix without wrecking the topology. Making a negative object to subtract with boolean would be the fastest “cludge” fix, it will more than likely butcher the surrounding topology. Best thing i can think of is to delete the vertices of the inside of the barrel, and create a circle primitive with the rifling groves extruded around it. then extrude that to the length of the barrel, subdivide the funky tube, and twist it. Then have a wonderful time trying to weld it in to the external parts of the barrel. lol

Sorry for the late reply. I had a few problems with my system and I lost all my data.

The intended use for the model was for a simple photographic scene rather than an animation which is why I didn’t bother much with the internal mechanisms (though aware of them). I didn’t think much about the rifling either. I’ll start with that the next time

Thanks for the information though, I’ll be sure to set up any future models I make with those concepts in mind.