Ive been working on an animation where I need to animate multiple instances of an object. I want all the instances to follow a certain path (refer image). So basically if I have the instances randomly distributed, they should start falling into line and then move along the path. Can someone please help me do this asap. 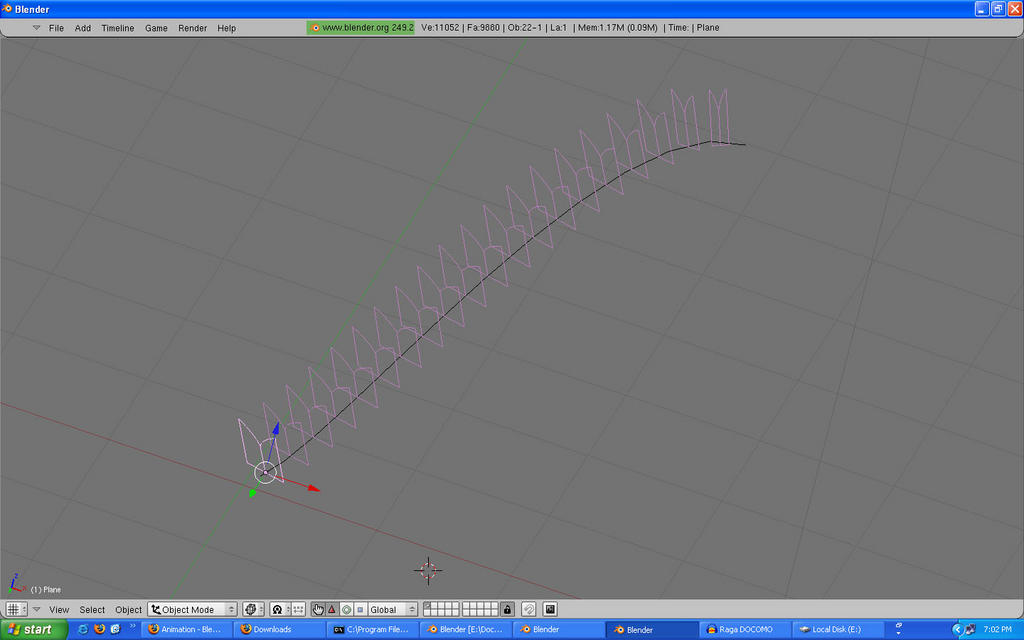 Have you tried animating the Influence of the Follow Path constraint for each instance? That seems the most straightforward approach given your description.

Hey could you elaborate a bit please, I dont quite know how to implement that. The thing is I created the instances using Dupliframes and then made the duplicates real objects…Uhm, what next?

Pardon the ignorance, the first time Im trying this.

Don’t mean to put you off, but the best way to start is learning about the Follow Path constraint, and the info about Moving objects on a Path will also help. Otherwise it’s too complex to try and explain from scratch.

In very short terms, you can animate how much the object follows a path (the Path constraint Influence), and can use various settings to determine where the object is along the path at any given frame, which seem to be your main goals.

In terms of the workflow approach, I think I’d aim at getting the objects to march along the path “in step” first, and then start modifying the Path Influence to allow for the random initial positioning. Nice thing about animating complex motions is that you can start at the finish and “walk backward” to the starting line

Hey, thanks for the links…finally got it…just a small problem…I got the objects to follow the path sequentially using the offset setting in the constraint, but they all end up at the same end point of the curve…Is there a way to make them stop one after the other like beads on a thread? Tried doing it using the Object Ipo simultaneously, but dosent give accurate results…

You can make them stop anywhere on the path by simply animating their location. I a lot of times I work backwards in animation. Start with your end-frame, set it up then build your start frame where the objects begin.

Together, animating the Constraint Influence and Object Location is all you may need to achieve your described scene.

Is there a way to make them stop one after the other like beads on a thread?.

I haven’t done anything exactly like this so it’s only speculative, but maybe try this:

Essentially you’re telling the objects where to be at the frame when the constraint turns off, and using their constrained-on-Path Location to establish that point with accuracy.

You may have to edit the Object IPO curves some to make sure that the end-point keyframes don’t jigger the earlier parts of the curves where the objects are only under partial constraint.

Hey I got the first part using the constraint IPO. The new problem is that when I try implementing Chipmasque’s solution:

It starts acting weirdly. The second object gets displaced relative to the first object throughout the motion. I’m attaching the blend. Could someone please have a look at it>

Here is a way to use make an object jump from one path to another.

OK, I think I’ve fixed a number of probs – look over the attached .blend.

In it you’ll see the one sphere moving along the path pretty much as you set it up. The other I modified to show how to get it moving on its own and then getting put on the path. Some comments:

Anyway, the attached now does what is seems you want to have done, at least in terms of illustrating how to set it up – you’ll have to finish it off on your own 'cause I got no idea what it is you’re trying to show

Where do I send the bill?

Damn, didnt I attach the ‘free favours’ clause in the text editor of the blend? But seriously, thanks a lot for all the help. Solved a lot of problems I was happily oblivious of.

A slight problem. Maybe I didnt explain clearly what I was attempting in all the hurry, so firstly, Im attaching a paint mock-up i sketched out.

The figure at the bottom keeps spitting out balls in sequence that arrange themselves as shown. Once arranged, the entire string of balls sways as a real string would, like in a slight breze (The paths remain invisible).

Is it because the location isnt (0,0,0) when I snap it? I have a keyframe in the Object IPO locking the initial position at the origin but it still dosent work…
Do the balls travel the entire length of the path and end up at the same position because the speed curve isnt bezier? 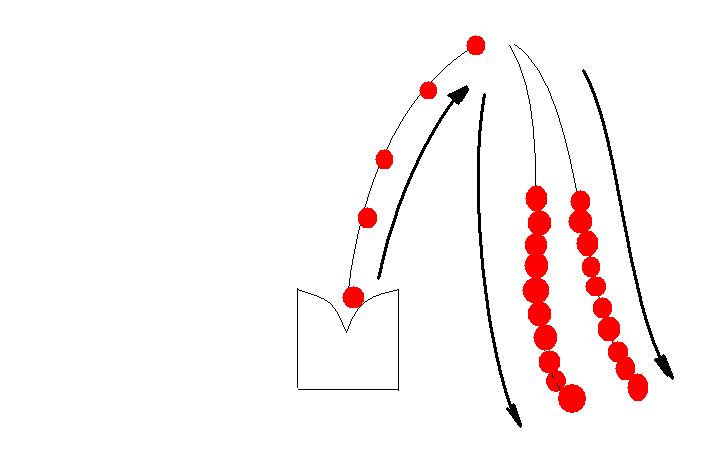 Learning curves are beeyotches, no argument, but we all gotta drag ourselves through 'em at one time or another.