Hi,
I’ve been working on a new Star Wars video for my YouTube channel, which will be 100% CG (Blender and Cycles, of course), the first shot is an aerial shot of the planet Coruscant which is basically a giant city. I wanted to emulate stock footage of cities like New York or Shanghai in the camera angle and movement and the framing, so I settled on a slow, smooth movement. The large tower on the left is meant as a focal point.

This took me about 5 hours to create, rendered in Cycles and Post Processing in After Effects.

The models are from Scifi3d.com, which is a great site for models from SciFi series like Star Wars.

I rendered the Volume Pass with Sheepit, I highly recommend it. 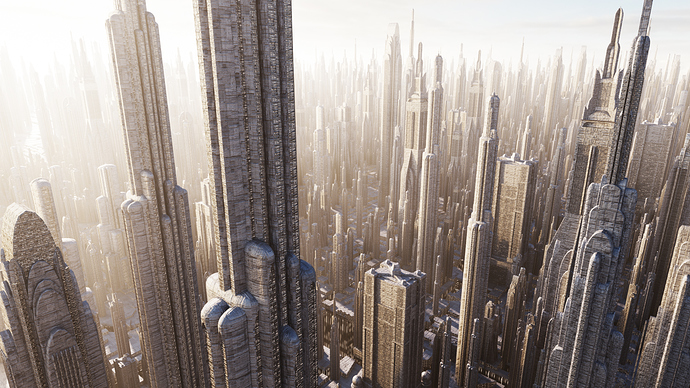