I’m stuck in creating an image where I want to make part of the image transparent with the help of a black/white image (behaves like a mask).
I tried everything with ‘alpha over’ and ‘set alpha’, but I can’t get it to work.

Screeny? You could also try using a mix node and send the bw image to the factor input.

Thanks for your reply, here’s a screenshot. I tried to put the black and white image in the factor slot and make the second color alpha 0. But no results. Any idea how to do this. At the end I want an image with only the shadows. 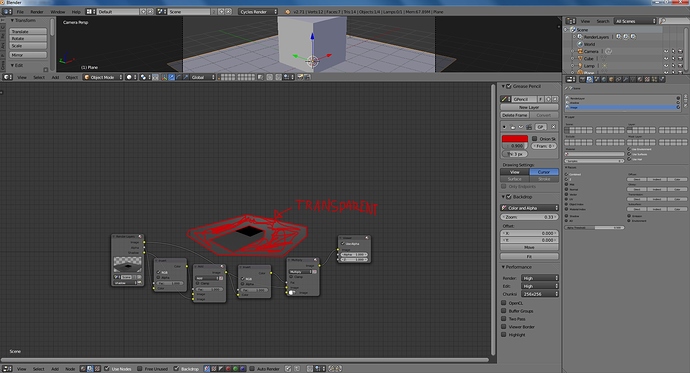 You can use the Set Alpha node to add your black and white color to the image and then use the Alpha Convert node to multiply each channels (R, G and B) by the alpha value. 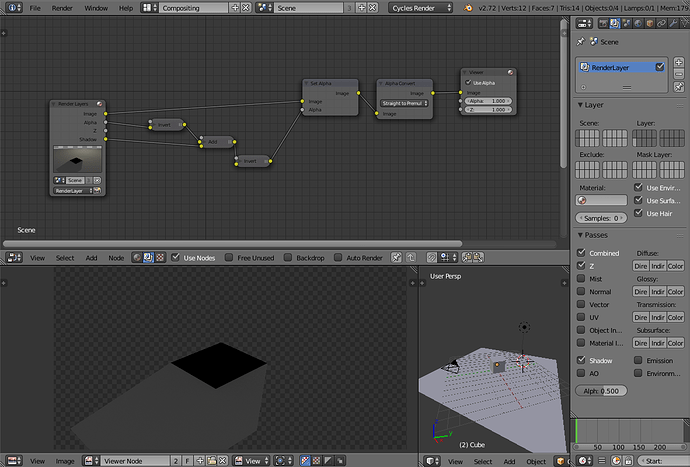 Thank you so much, this worked great. One more question, why use an alpha convert?

The set alpha node only add alpha to your image but do nothing on the RGB values.
Why you see it cutted by the mask it’s because the image editor of blender cut it for you. But that’s just for the display.
Try to change the display setting to the color mode and you will see that nothing append after the set alpha node.

(check the second one)

The alpha convert with straight to premult multiplies each channels by the alpha. It means that the value of the RGB channels are removed “for real”. Sometime, you will need to do that to avoid black or white edge issue.

Do you see the difference? 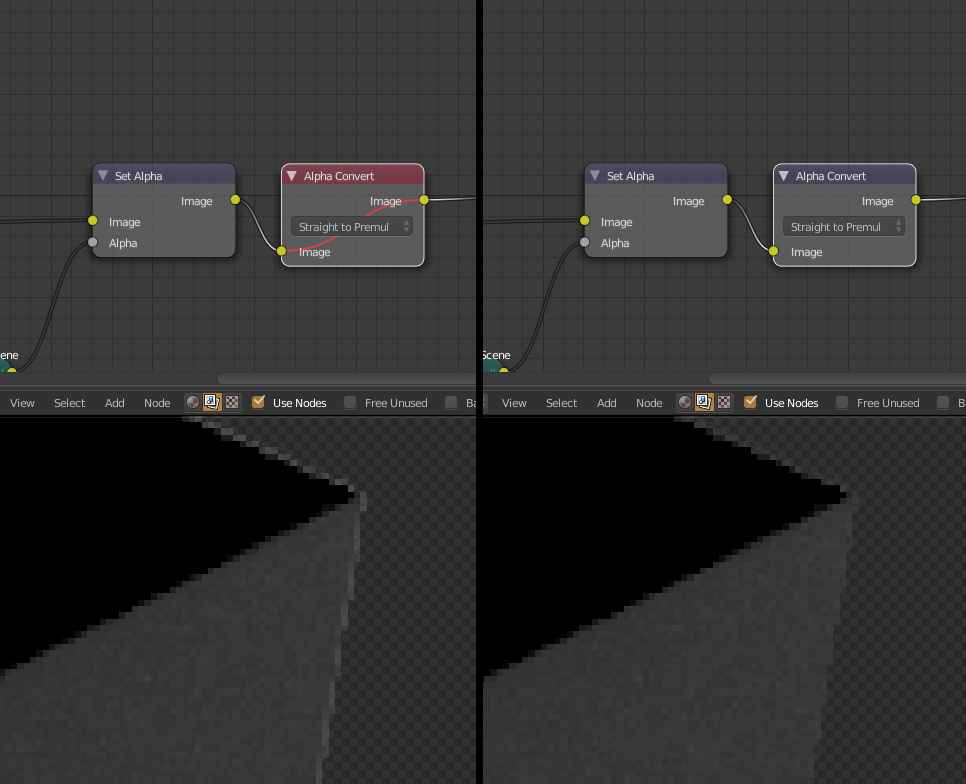 Thanks for your clear explanation and your time, now I get it.

By the way, I checked your website. You’re a true artist, great stuff. I feel like an amateur ;).