I am trying to create a set of wings using the particle hair system. What I am looking for is something to this effect: In the picture above, I created the wing one feather at a time. It was very tedious and time consuming, and in some spots, I wasn’t able to get a very good feather blend. Especially near the wing bone. I would like to use the particle system to put the feathers on using objects. I would then use a couple systems with my objects at different lengths to create the different layers. However, I’m running into a snag. 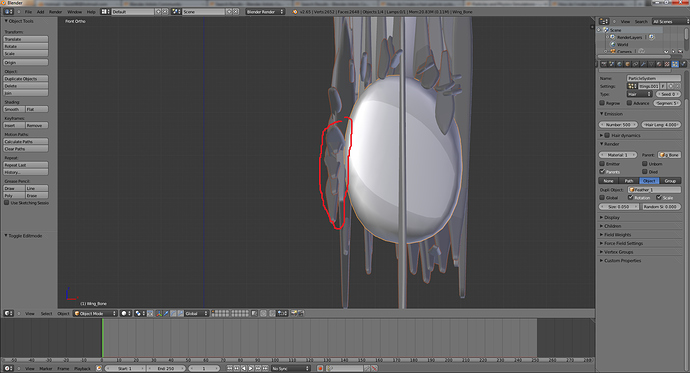 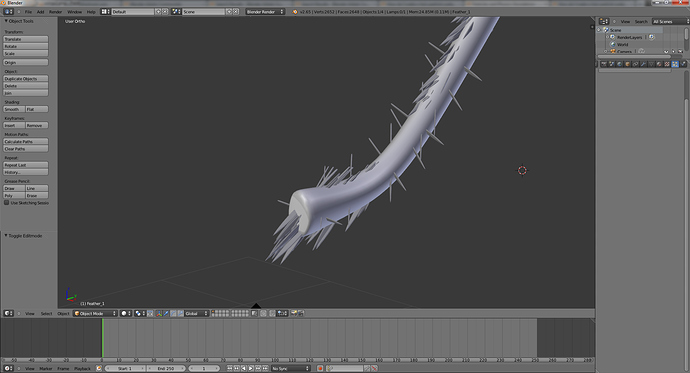 All to no avail.

I originally got the idea to use this technique from the tutorial by David Ward:
http://cgcookie.com/blender/2010/04/29/modeling-feathery-wings/
But the end result with his technique didn’t work for me.

In the project I’m trying to work on, the wings are going to be a large focal point, so I want them to look very good.

Here’s one method to create a similar wing, may be worth playing around with. For what it’s worth the whole process only takes a couple minutes. Here’s a version that looks a bit more like yours. Made a couple minor changes. Thanks, that looks really good and a lot faster than what I was doing. I’ll give it a try.

The only thing I don’t like about it (which I wasn’t able to figure out how to easily fix) is that the wing bone it very obvious. I would like to have it blend into the rest of the wing. Would this be accomplished by placing feathers on it as well and blending them into the rest of the wing? Or would I just use some sort of texture on it? I would think that I would need to place feathers along the bone, bit I’m not sure if there is a fast, easy way to go about doing it. My original thought was to use the particle system.

Thank you so much for your help already.

I agree that the “wingbone” is an eyesore. I’m running out for a few hours and won’t have time to mess around until later tonight. Here’s a real hawk wing and a couple of things I notice. 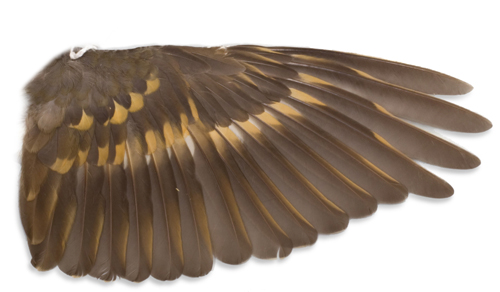