Alien creature concept from this week. 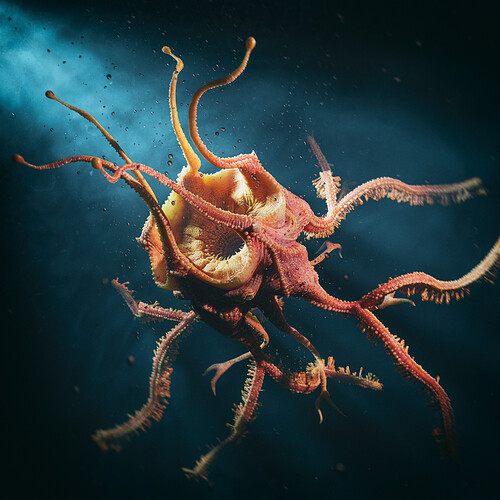 Final_Full_Actual_Final4000×4000 3.56 MB
I envisioned it as having some features from echinoderms like sea lilies and starfish (with pentaradial symmetry) mixed with some octopus and lamprey elements. Its internal skeletal structure is calcite with calcite teeth and tooth-like knuckles protruding at the apex of the top tentacles. It has a water vascular system which it uses to move its limbs. 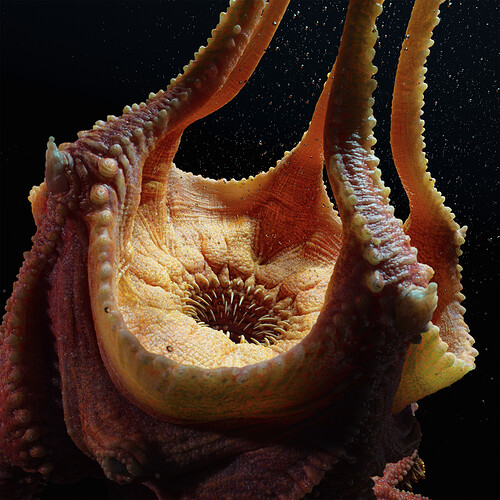 Final_Detail4000×4000 4.17 MB
Its bowl-like dorsal area is used to trap small sea creatures and passes through its straight digestive tract with food being broken down and digested by internal calcite protrusions in its stomach. 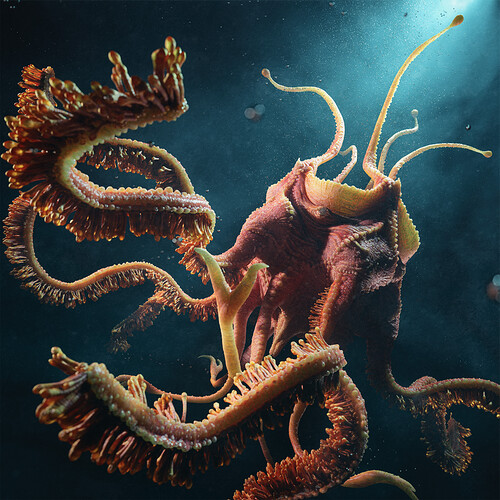 Final_AltShot24000×4000 4.76 MB
The creature has 5 stalk-like appendages with 2 pronged toes which it can use to attach to surfaces on the ocean floor. Its tentacles are also pronged and covered in tube protrusions. These protrusions have the appearance of eggs which attract fish that become entangled and fed into its dorsal bowl. 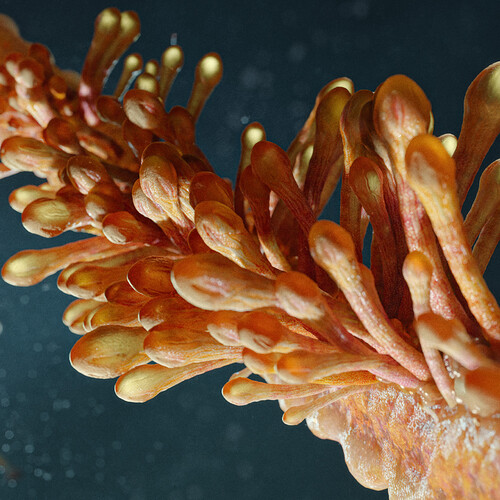 Technical Info software etc…
I completed this project in about a week, the creature was primarily sculpted in zbrush, with the tentacle tubes being made in Blender. Texturing was done in substance mixed with some procedurals in blender. All renders were done in cycles, with some light retouching in photoshop. These renders were rough due to the volumetrics in the water, and bubble particle systems. 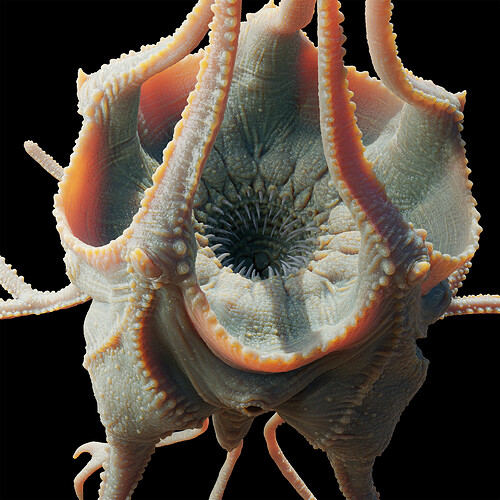 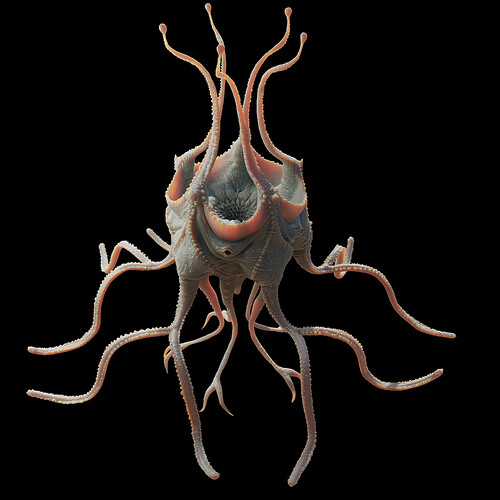 Rigging was done with rigify components for posing purposes. 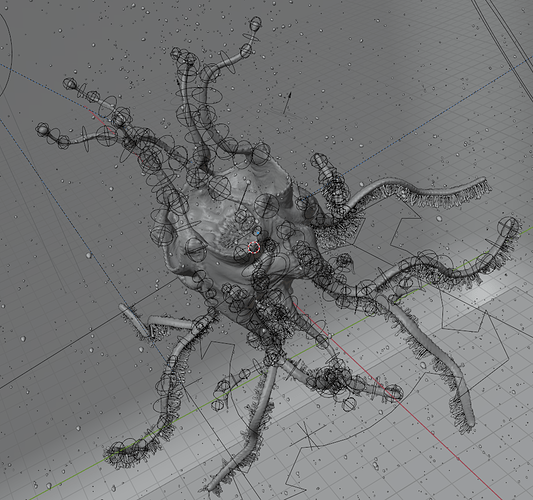 Thanks for stopping by!

this is just great!

rigging took the most time, didn’t it!!!

Hey thanks! Yeah the rigging took a bit. Wasn’t too bad since I was just trying to pose it - the rigify plugin helps a ton but I didn’t name any of the bones so fixing the weight painting was a bit of a nightmare! 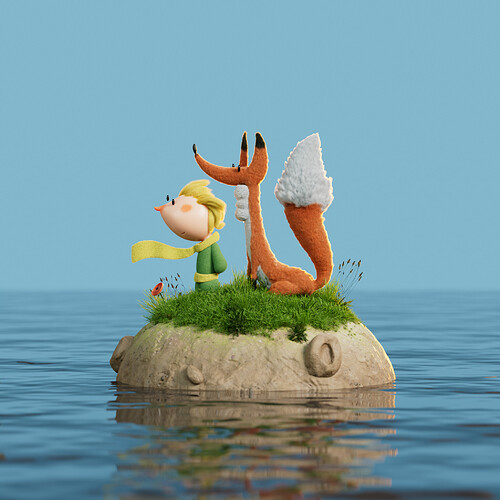 Love it, and i like that there’s a depth to it due to your considerations about the biology of the creature.

Would be great to animate it, but surely a nightmare…

Pretty cool creature - could really live down in the deep sea

So rigify is good then? I know you can rig a couple different methods and I wondered if rigify was good.

I like it for posing, there’s a free series on using rigify components on youtube(he also sells a course) that demystified it for me. I’m awful at rigging and was able to wrap my head around it in about a day. https://www.youtube.com/watch?v=-JSFcSxsaTs&list=PLdcL5aF8ZcJv68SSdwxip33M7snakl6Dx

Really amazing. I love all the detail. Did you use geometry nodes? The rigging is really cool too. I haven’t learned that yet in Blender.

Thanks! No geo nodes on this one, just used the hair particle system with collection instances for the little tentacles, and a regular old particle system for the bubbles.

Cool! That is really cool

Truly badass! Way to peg 11 on the Tentacle-o-meter!

Ugh… Instead to forbid swimming on beach with warnings - threats , they can just post picture of this cutie, with info that this species live in this water.

Thanks so much Chris for the link! And the recommendation.