Creep : The Trolls of Gornrearth

The earth and its people were created by the four elder trolls of Gornrearth (Anrior, forsenth, gralan, and
undargran). To contain the purity of their creation, they had to transfer each of their powers to the earth stones.
As they began to drain their powers into the stones, their sanity and love for one another had left as well. This
caused them to fight over the stones for ultimate power. in their blind rage the stones had collided and the
radiant energy cast the stones from their underground sanctuary. The stones were scattered across the earth.
The Stone of Anrior had fallen into the woods and into the arms of a hermit named Kranion. He soon discovered
its powers as he could talk to nature and use the ethereal energy around him to cast spells. It wasn’t long before
the trolls learned of kranions existence and his interference with Anrior’s Stone, and they began to create vile
creatures to hunt him down and retrieve the earth stones so they could destroy their creation. Kranion managed
to fight off their attacks until he began to grow old and was chased deep into the forest where he had no choice
but to create his own creature from the power of the earth stone and his soul. as he laid the stone down on the
ground, rocks and limbs from the trees lept forward and created Creep with the earth stone being his heart.
Now he is the only hope for the survival of man and the earth. With the help of Kranion’s soul being his mentor
he must retrieve the remaining earth stones from the physical world and the astral planes and destroy the elder
trolls of Gornrearth.

I’ve been working on this for about a month or so. I don’t have a list of modelers or animators or scripters i
need like most posts. I’m just looking for anybody that is motivated and loves blender. anybody that would like
to start a team with me or just help is very welcome to. This will be a third person shooter, but set in medieval
times so there won’t be any modern guns. I’m thinking the guns will be made of rocks and limbs that grow out
of creep’s forearms and use his ethereal energy to shoot green blasts. As you level up, so will the gun. you will
also be able to use some melee weapons when low on ethereal energy. I will try to post updates as often as i
can. 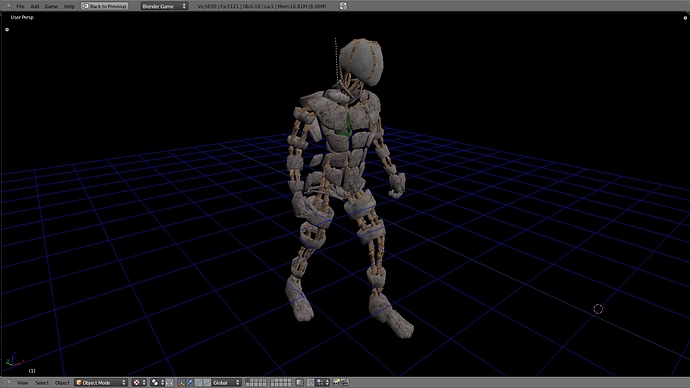 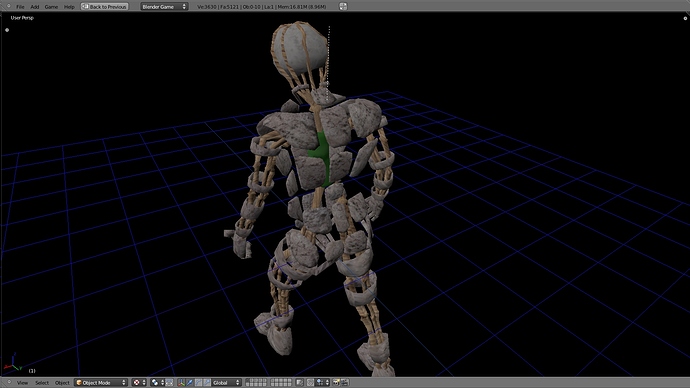 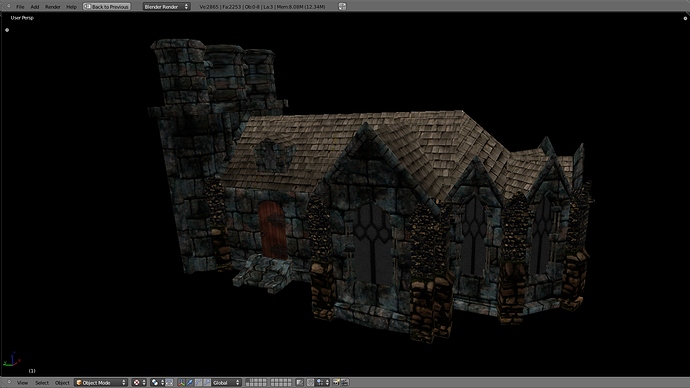 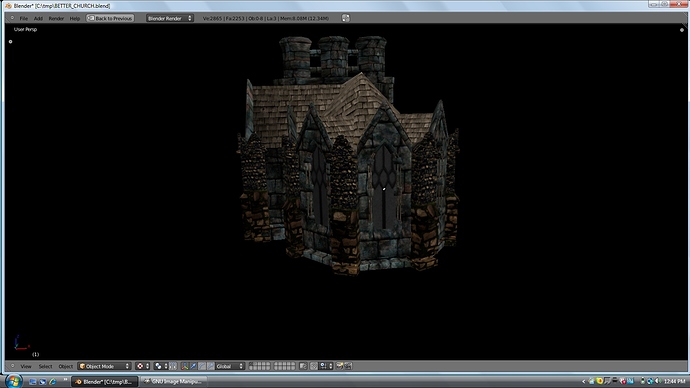 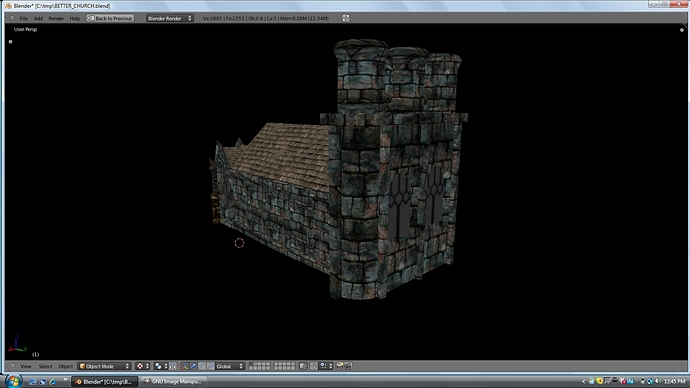 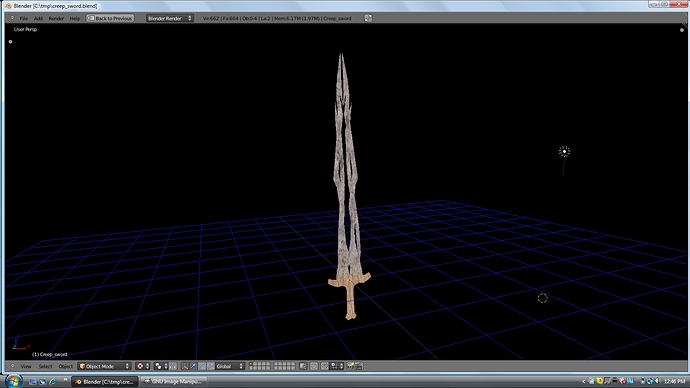 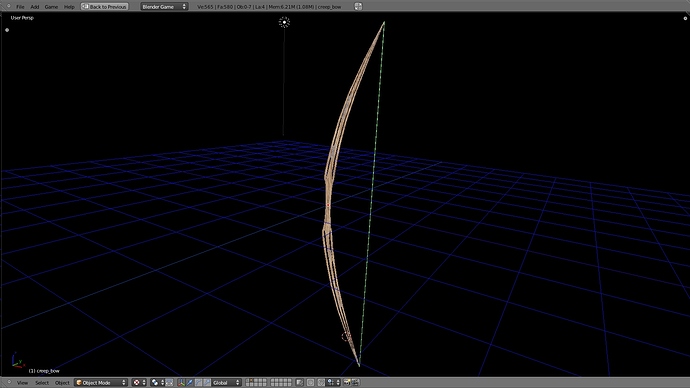 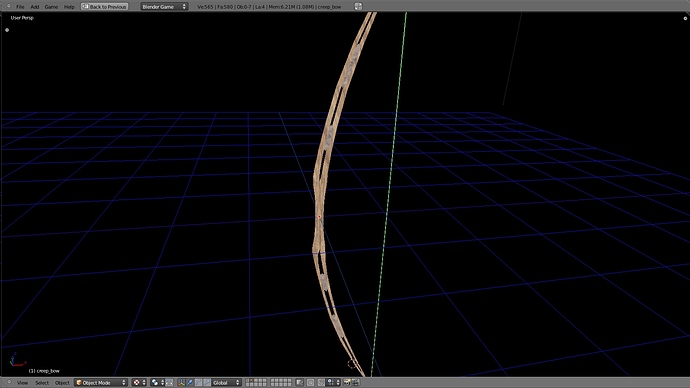 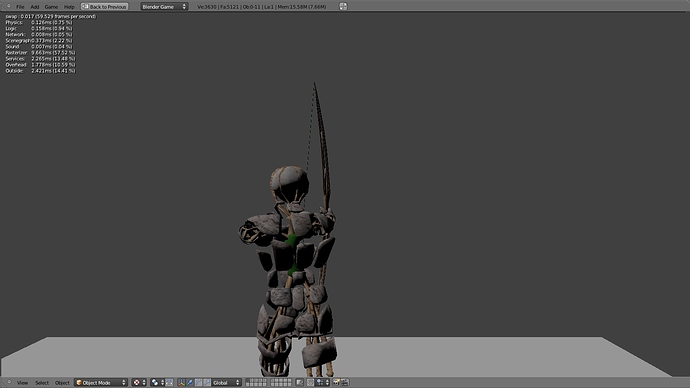 Gameplay in glsl. not sure if i will use normal maps for character yet

Wow, you have a good project here, I really love it. I’m little busy with some projects I have, but I can help you with some scripting, send me a PM if you need me.

This is my gun concept so far. vines will be coming out of the end with no handle and into creep’s forearms. this will be the basic gun that you begin with and can upgrade as you level up. crits are welcome

I could have some planes with a moss texture with alpha as soft bodys hanging from some of the rocks. I have the character textured with a texture atlas of four seperate textures so if I was to put moss on the stone texture it would show up on everyone of the rocks which would also make it look like it has some repeating textures.

i see your character is left handed

Yeah, i’m left handed and its weird to see my character right handed