we are proud to unveil our new project, it was entirely created and edited in free software include blender, krita, and some free texture and sound resources online thank you to the internet community and opensource software developers that you’ve provided us gifts to make our creations. 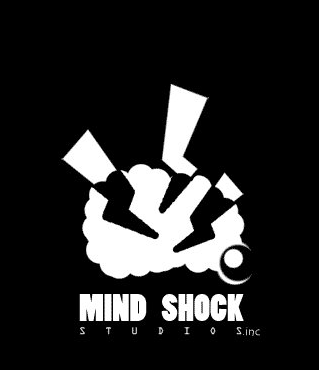 Mind Shock Studios, was resurrected from the ashes of pumkinhead studios in the old forums, some may remember a notable project the organization had created “Dracolith”, another game of a satellite vs asteroid and also some adventure action games that were never revieled. We have hanzo and a few others on board as well as the online community for any help we need on our projects.

enough about us, now to the actual game, already!

Fast paste action survival horror FPS game says allot, mix that with some arm grease at the computers some long hours from a few people and wal lah! we have a shooter with bugs squids aliens and hording mutant zombies! should we add werewolf…??? I think not! and now that we are done with the “story” let get to the game play that is standard shooter.we will introduce over the shoulder 3rd person play as well as first person. NO JUMPING I HATE JUMPING!!! mind you it’s horror we are obligated to like running, and dark, closed in places… 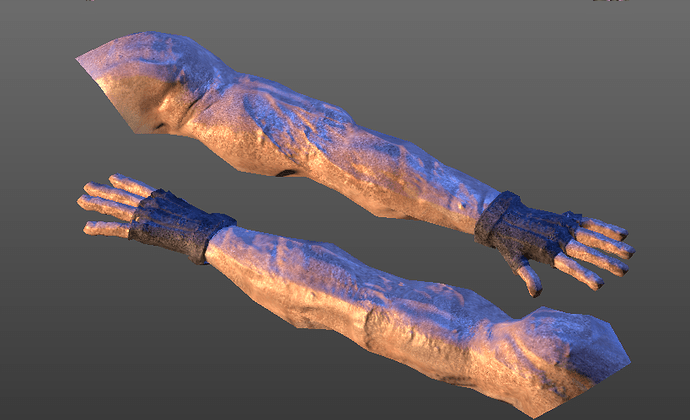 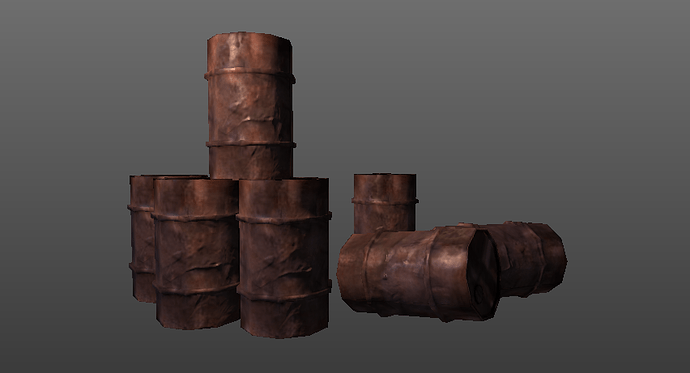 I agree, it’s a really good start I think but it needs a few changes to help it live up to its full potential…

The left arm looks like it’s coming out of the side of my head, as a player.
The gun is good, but to really add a feeling of power you should look in to how to do bullet holes. I think Thatimster is going to show how to do that in his 1st person shooter tutorial (check the resources forum).

thanks for your comments. rather then to have the camera as first person from the face, we are going with a cyborg that has it’s camera in the chest area…

some more screens of Creep!, this time we have bullet ricochet, and shells come out nicely… 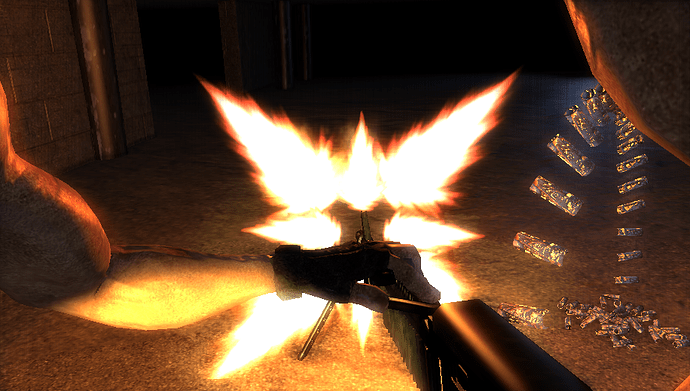 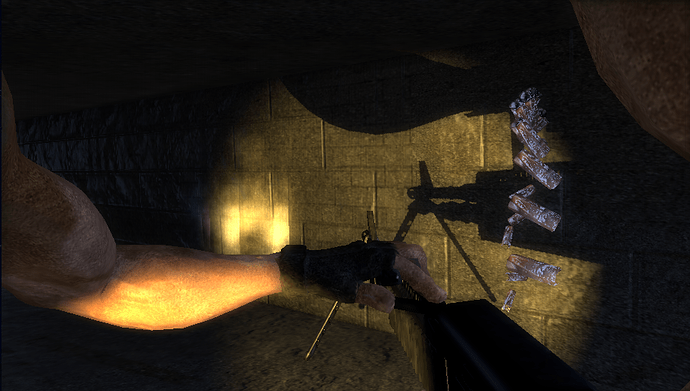 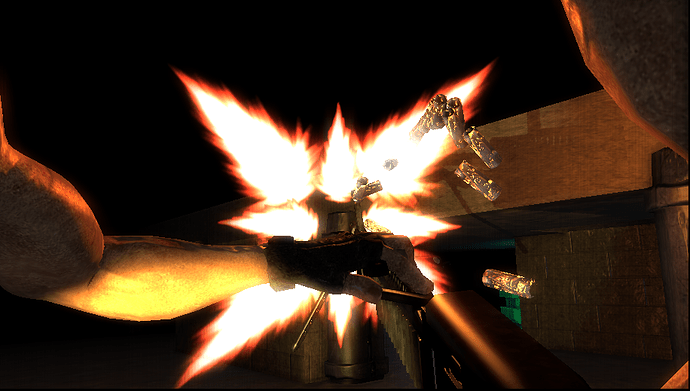 Nice details man i like the high resolution textures.

Another video update on our progress of the creep game. now with shells and shot kick up, also we altered the level a bit, and scrapped the mist for some extra frame rate…

Fred.B thanks for the comment PS the textures are mostly just render baked crisp in blender and sharpened, they are not really high res… we would actually like to to HD textures but the computers can’t take the lag.

heh, just thought I’d say that the youtube compression doesn’t do the video quality justice. We going to need to go HD next time…

image of tank we are putting into the level, should be in the next trailer. Yeah hanzo we will go HD… 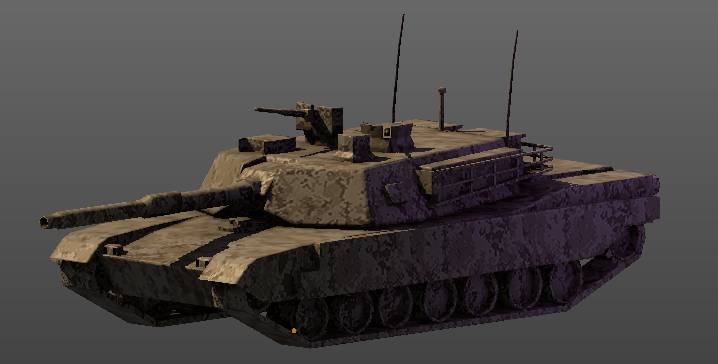 lot of bugs fixed in 1.9 some include running through some walls, wrong collision detection, changed muzzle flash, altered audio pitch, fixed some holes in the level, added various other details, enjoy

Nice work, I like it. But I really would recommend you like said earlier by others; change the height of the arms. 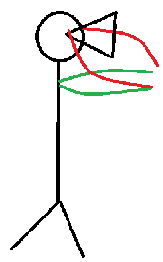 Now the arms are like the red lines in the picture. I would love to see if you change this.
Otherwise: great work, it looks amazing!

The camera angle is set, it wont be changed. We want to do something different then the usual camera at the eye level of the player. Think of the player as a remotely controlled UGV ( unmanned ground vehicle) with a camera on it’s chest. PS But we will finish the entire player character to see the cyborg in it’s entirety with a third person in game action camera.

Is it really horror with an m60 and fast paced action? Horror needs to build. Horror needs pretty much nothing happening in order to build tension.

Extra Credits has tons of info on horror, here is two videos on it.

we are working on a real time intro for our future games, it’s still a wip… any comments or crits would be much appreciated…

New character for our creep project, this will be the first boss… isn’t she pretty! 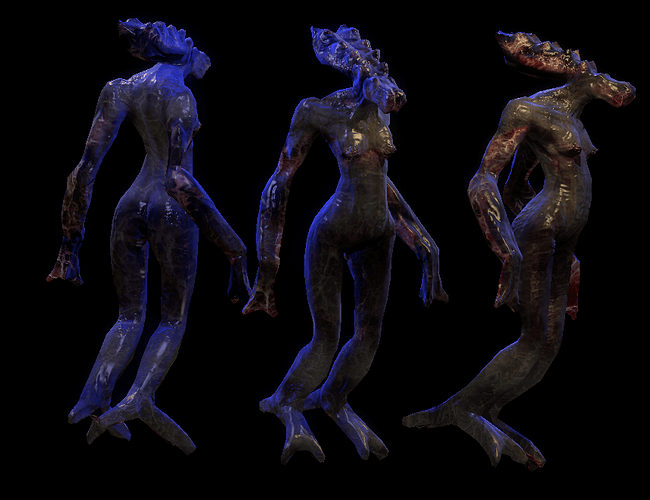 The camera angle is set, it wont be changed. We want to do something different then the usual camera at the eye level of the player. Think of the player as a remotely controlled UGV ( unmanned ground vehicle) with a camera on it’s chest. PS But we will finish the entire player character to see the cyborg in it’s entirety with a third person in game action camera.

So it’s part of the story? That the camera is literally in the chest of this UGV?

yes Solarlune, BTW I’m admirer of your work… it’s original, as well as your site. 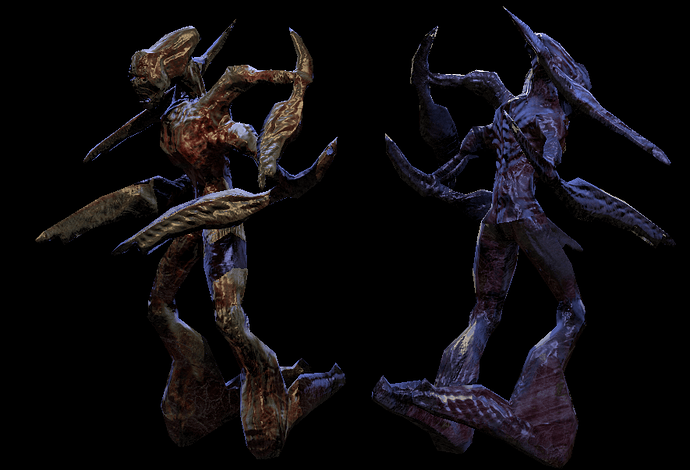 This is a normal bad guy?!?!?!: Eek:
I’m even afraid to imagine what would be a badass chef in your design!: D
The design reminded me of the Necromorf Dead Space.