My Good Ship Marie project is descended from an older live action project called The Children of Shadows. It was a fantasy/horror project, but after many location problems and disappearing actors, the project fizzled. But the story is still a good one, so as I work on Marie I am also thinking of TCOS. Since I am taking the animation route with GSM, there is no reason why TCOS couldn’t be the same. So whenever I get frustrated with GSM, I take a break and work a bit on TCOS. It has a completely different texture and feel then GSM, almost gothic/noir.

Anyway, I’ve been working on the main good guy, a mystic undertaker. He talks to the dead (actually, he has great difficulty getting them to shut up), and he is rather creepy himself. His main transportation is his hearse, and I have been working on that this today. I have most of the front and hood done. 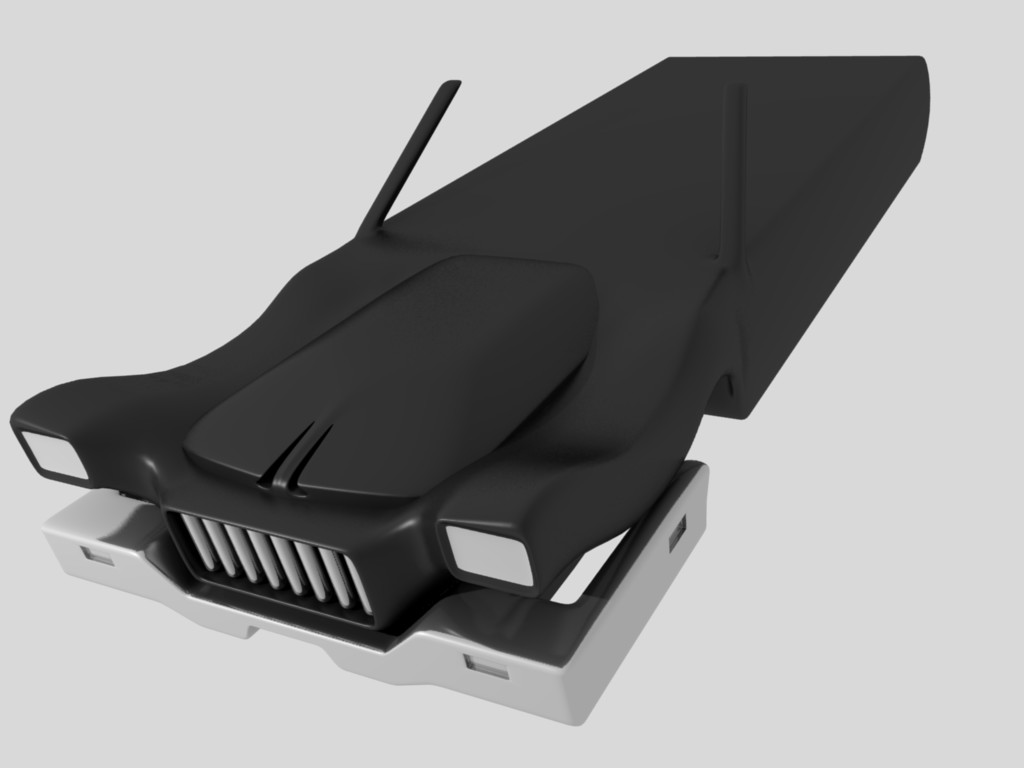 OooOOo, just mentioning the gothic/noir combination and undertakers makes me interested. I know you have a lot going on, but still, will be looking for updates.

Uh… The car looks great from the front or 3/4 view, but from the side it looks kinda silly. Looked great on paper… Gotta rework it.

The universe that TCOS was set in had Norms, Mages, the Blessed, and the Cursed. The Norms were you, me, the average joe. Mages were Norms who used various magics: Spritual, Elemental, Techno, etc. The Blessed included Mystics, and Skin Walkers. The Cursed included Zombies, Ghouls, and Vampires.

Mystics were gifted with only one gift each, be that prophesy, or speaking in tongues, or speaker for the dead. But they had these gifts on all the time, unlike Mages who only had the ability for the duration of a spell.

Skin Walkers are Shamans who can take on a specific animal form (Hawk, Wolf, Coyote, Bear, etc) through rituals, but only if there is sufficient animal population to support the ritual.

The Cursed were cursed because they consumed a different human body part: Brains for Zombies, Livers for Ghouls, and Blood for Vampires. But they weren’t undead, just always in a state of near death. They would have to constantly find new victims to stave off death. But the body parts were just symbols. The part the Cursed really feed on is the natural life span of the victim, but since the Cursed are near death they would burn through this additional life span rather quickly. The curse does impart immortality, so it seems like a good idea to keep doing that. What the Cursed never realize until too late is that the life span comes with a hitchhiker: the victim’s ghost. So, over time the Cursed builds up a chorus of ghosts attached to him, and eventually all the voices whispering to him drive him bats–t insane. Live forever with no weaknesses (except for having your head chopped off, that would kill anybody) but loose your mind to madness. Oops.

The story revolved around a lifelong bachelor, a rather creepy mortician, who was forced to take on the care of his niece and nephew after their parents were killed in a car accident. His retarded younger brother also ends up with him, so the human drama is how this lonely man becomes part of a family that he never wanted.

All this is set in a brewing civil-war amongst the Skin-walkers for position and power.

Oooo Just the car I am trying to stylize. 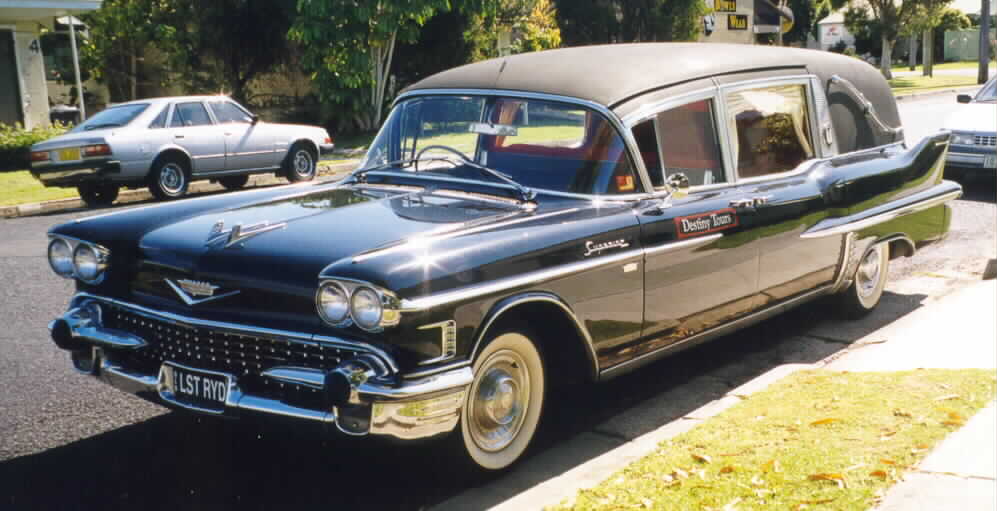